As regulators move to raise expectations of access services in the era of streaming, broadcasters look set to benefit from continuing advances in automation, writes David Davies. 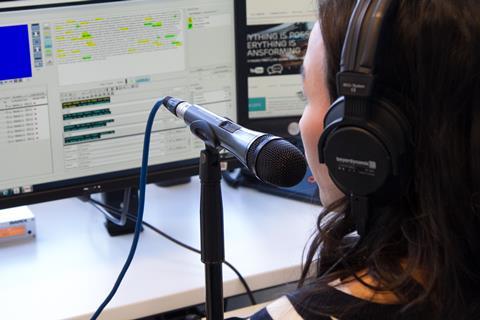 In general terms, the availability of access services – defined by UK communications regulator Ofcom as “those intended to help people with sensory impairments to understand and enjoy TV programmes” – has been on a steady upward trajectory for many years. One of the more recent comprehensive overviews, the EBU’s Access Services Pan European Survey (published in November 2016) found that “overall, EBU members have increased access services significantly”, with audio description pinpointed as a particular beneficiary.

Focusing on the UK – where the Communications Act 2003 and the related Code on Television Access Services outline broadcast channels’ legal requirements to make a certain proportion of their programmes accessible – an Ofcom report covering the first six months of 2019 found that all channels were on course to meet or exceed their requirements for the whole-year period. In 2020, 88 domestic channels will be required to provide access services – rising from 86 in the previous year.

However, whilst this is all positive, there is still a long way to go in terms of access services for online and streaming services. Ofcom’s recent report reported sharply contrasting percentages of accessible OTT programming across providers and platforms. But then this is not surprising given that there is still presently no legal requirement in the UK to make content accessible to people with hearing and/or visual impairments.

OTT accessibility consultations
This could change relatively soon with the Department for Digital, Culture, Media and Sport (DCMS) announcing broad agreement with Ofcom’s proposals to improve accessibility services for online content. The recommendations include ODPS (on-demand programme services) to offer subtitling on 80% of their catalogue, audio description on 10% and signing on 5%.

Also included are interim two-year targets – the fulfilment of which will be determined by “regular comprehensive reporting from on-demand providers” - as well as some exemptions or reductions on the basis of three criteria: audience benefit, affordability and technical difficulty.

An Ofcom spokesperson confirms that “we will be adding more detail/making further recommendations following our second consultation, which we expect to publish in the coming months.” Ultimately, it is expected that specific legislation will follow, along with a detailed Ofcom code – giving, says the spokesperson, “practical guidance on complying with any new regulations” – in a comparable document to that which exists for offline services.

Acknowledging that both OTT and access services remain works in progress, Ofcom confirms that it holds “regular meetings with groups representing people who use access services and will be doing so in early 2020 to inform our second consultation. Users will, of course, also be able to respond to this public consultation.

“More generally, our thinking in this area continues to be informed by regular communication with the VOD industry and providers of access services.”

Quality and quantity
Whatever the final form of the OTT accessibility regulations, they will clearly have workload and efficiency implications for broadcasters and service providers. Inevitably, different companies have contrasting approaches, but in general, there continues to be plenty of demand for respeakers and stenographers, even as the prospect of more extensive automation looms on the horizon.

“Being able to coordinate all of those [different operations] to deliver a seamless service was a requirement for the Subito platform while optimising accuracy and decreasing latency were the key quality metrics” Tom Wootton,  Red Bee Media

Red Bee Media is one of the most prominent European providers of access services, working with broadcasters including RTÉ, Channel 4, BeIn Sports France – and IBC TV. Acknowledging the expectations around accuracy, speed and loss prevention, Red Bee Media (or Ericsson Broadcast and Media Services as it was then known) launched its own live captioning platform, Subito, as a standalone service in the cloud in late 2017.

Aside from broadcasters’ growing workloads in this area, Subito was informed by the widespread need to achieve easier regional opt-outs and opt-ins, as well as synchronisation with services being produced by other internal or external departments and organisations.

“Being able to coordinate all of those [different operations] to deliver a seamless service was a requirement for the Subito platform while optimising accuracy and decreasing latency were the key quality metrics,” says Tom Wootton, who is head of Red Bee’s Access Services portfolio. 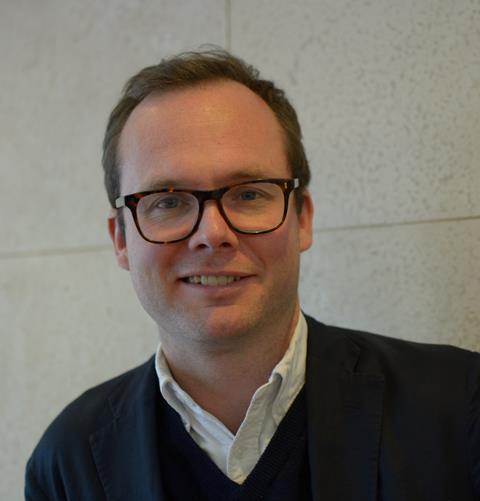 The nature of Subito indicates that access services delivery will increasingly reside in the cloud, and Wootton confirms that in general Red Bee Media’s activities here are “in the process of moving from local hosting to a cloud-based approach as that gives us a lot of flexibility” – adding that AWS provides its cloud computing services.

Having started out in the industry as a respeaker himself, Wootton confirms that Red Bee Media continues to utilise a “large number of in-house subtitlers, as well as a pool of regular freelancers. We also spend a lot of time ensuring that our training [for respeakers and stenographers] is up to scratch.” But in common with many other observers of this sector, he expects machine learning and AI to play a greater role in the future of subtitling and captioning, especially as OTT leads to additional demands.

“Live everyone else we have seen a huge improvement in automatic speech recognition (ASR) capabilities, and to that end, we have made sure this is a core competency for us,” says Wootton. “As of the back-end of last year, about 50% of our offline content is originated using speech recognition in conjunction with a human proofing and QC component.”

While conventional services could be expected to achieve accuracy in the region of “98.5% to 99%, you’re generally looking at about 95% with ASR at the moment.” But Wootton agrees that it’s a “good statistic at this point,” with further refinements sure to raise that figure.

Until ASR achieves parity with more traditional services, its adoption is likely to be shaped by when, and how, a legislative framework is applied to OTT. In the case of platforms not currently regulated, “it can clearly provide a cheaper solution that delivers an acceptable level of accessibility.” Wootton also points to automated systems’ role in broadcasters catering to “a far wider set of people [than was historically the case], including those with neurodiversity issues such as Asperger’s and autism”.

Given the uncertainties surrounding future regulation, as well as the proliferation of digital services, a mixed approach will surely continue to define access services. It’s inevitable that content providers “will want to explore [greater automation] but they are aware of their commitment to their audiences. Therefore they want to do it responsibly and only use it appropriately.”

Dealing with demand
As well as efficiency and throughput, the prospect of greater fines around loss of service is also being used as a selling point of automated systems. For instance, IBM Watson Media cites US communications body the FCC’s “strict regulations” around closed captioning in the publicity for Watson Captioning Live, a real-time closed captioning solution “driven by AI technologies that are fully owned by IBM and customisable for our clients.” Watson Captioning, adds the company, can also be applied to existing video content and other publishing workflows.

After a flurry of activity in this area at last year’s show, the smart money is on more AI-driven access services products being unveiled by manufacturers at IBC 2020. But, for the foreseeable future at least, it is probable that most broadcasters will depend on a blend of human and machine to guarantee the level of accuracy that consumers have come to expect.