Addressable advertising is huge, promising greater engagement with viewers and therefore healthier return for advertisers than other forms of marketing, but it can still be rather mysterious for the uninitiated. Guided by a panel of experts, this webinar will help you explore the benefits, and the challenges, of addressable advertising, whether you are a brand, advertiser or broadcaster. 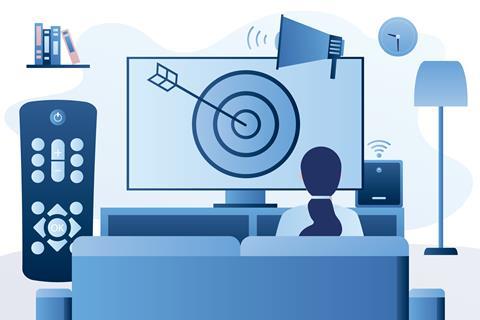 With the addressable TV advertising market set to leap around sixfold to $85 billion by 2025, this webinar, sponsored by LTN Global, seeks to explore why addressable is so in focus right now.

Now available to view on demand on IBC365, and moderated by Tim Dams, it gets right into the heart of what addressable advertising is, and what benefits it brings to broadcasters. For example, with viewers becoming increasingly used to personalised and relevant content, this could include a reduction in channel switching and greater engagement. The webinar also look at the barriers to adoption, taking in issues such as technology and cost, with the help of a panel of expert speakers.

As Dams explains in his introduction, rather than blanketing all viewers with the same advert, broadcasters can now use addressable advertising technologies to target specific audiences with more personalised ads. “Essentially, it lets broadcasters show different ads to different households, while they’re watching the same programme,” he says.

Money matters
Alan Young, CTO & head of strategy, LTN Global, states that addressable advertising has many potential advantages for the broadcasters, not least of which is providing what their customers, the advertisers, are looking for.

“[broadcasters] want advertisers want to be able to reach specific audiences, and they want to be able to do it to scale,” he says. “But the opportunity is, frankly, to make more money. The better the targeting is, and the better the reach, the more money they make. There’s opportunities to sell the same slot to multiple different advertisers; not only does that increase revenue, but if you get it right, it also opens the door to many, many more advertisers that perhaps don’t have the big budgets.”

This is a theme that the panel returns to later in the webinar, that addressable advertising opens the door to local advertisers and to smaller advertisers that have smaller projects who want to reach a very specific audience. “It really has potential benefits for them,” says Young. “Of course, advertising is a huge source of revenue for the broadcast industry so getting this right is strategically important.”

‘Broadcasters go to enormous lengths to make sure that the advertisers have a good experience’, Alan Young, LTN Global

Beachfront Media is an independent video ad management platform for media and advertisers that has been involved in addressable and digital advertising for some time, and its director of programmatic, Daniel Church, was able to succinctly encapsulate the benefits for brands in particular. “Addressable is huge,” he says. “I think people really understand the benefits of showing more relevant ads to an audience that is more receptive to those messages, really being able to act faster.”

Kicking off another recurring theme, Church observes that advertisers can use new workflows to react to what is going on in the world, changing creative copy regularly and also optimising copy based on based on performance that they see across the board.

“So from a brand perspective, I think you see a lot of interest in this technology, because it allows them to better craft their message and better put that message in front of the people that it really resonates with.”

’People really understand the benefits of showing more relevant ads to an audience that is more receptive to those messages, being able to act faster’, Daniel Church, Beachfront Media

Christophe Kind, director of market development, video advertising for MediaKind, spoke about the platform owners and MVPDs (multichannel video programming distributor), and their long-standing ‘first-party’ relationship with the audience.  “Leveraging that information and bundling it with the broadcaster’s premium TV inventory is really what is at stake here,” he says. “MVPDs are in the position to basically offer the platform that will enable dynamic ad insertion and will also leverage their audience data in order to enrich that.”

With Dams pointing out that TV has a reputation of being a very ‘brand safe’ environment for advertisers, and the worries that are around some digital platforms, both Young and Church agreed on the different approach to advertising standards between digital and broadcast platforms.

“With digital, it’s still a little bit like the wild west,” said Church. “But in broadcast you have a lot of control, and a lot of professionally produced content. Everything is run through a lot of revisions.”

Presentation power
The webinar includes a number of presentations, the first being from Alan Young on signalling and the addressable TV ecosystem. This covers the fundamental requirements for seamless ad insertion or replacement, as well as challenges, such as giving the ad decision system enough notice to deliver the advertisement content on time, or that no two addressable platforms are the same.  “The signalling must meet the needs of that platform, because otherwise you’re not going to get a seamless insertion,” says Young.

Another challenge arises in how to divide the audience into particular segments, in order to deliver targeted advertising and make more money. “This is called creative versioning,” Young says. “Sometimes it’s referred to as single advertiser based slot optimisation (SASO). But really it’s the same advertiser with different versions targeted to particular audience segments.”

This was followed by a presentation by Christophe Kind on advertising and distribution rights management. “Advertising is in fact part of a wider equation,” he says. “Not only about monetisation but other elements that need to be taken account in particular everything related to linear rights, and also local regulation when it comes to having to support emergency alert systems in certain countries.”

He also states: “One-to-one IP based communication is also generating additional complexity in terms of linear rights and enforcement.”

Kind advocates following existing video and advertising standards to address problems arising from this complexity. “The message is that addressable TV is there to stay, it’s part of a wider equation and there are standards that should be leveraged,” he states.

SASO is further explored in the following presentation from Daniel Church, where he explores ad positioning for addressable television, and Church also covers the role of multiple advertiser based slot optimisation (MASO).

’Addressable TV is here to stay, it’s part of a wider equation and there are standards that should be leveraged,’ Christophe Kind, MediaKind

As part of an overview of the way programmatic advertising works in the digital ecosystem. Church covers the issues with the ‘quick is better’ digital approach versus the broadcasters’ priorities for quality.

Church concludes by saying that the programmatic ecosystem offers a lot of benefits to advertisers but that digital needs to be “made as TV-like as possible”.

“Basically replicate the quality and reliability of linear television and still provide a digital delivery method,” he continues. “So that you can leverage the digital value chain, but still meet all of the strict requirements of TV where everything must work, everything must be correct, and everything must be relevant.”

The webinar next moves to a wide-ranging discussion, beginning with a look at why addressable advertising has been quite slow to roll out, technology standards and pricing models, as well as how the advertising  ecosystem is finding ways of delivering addressable ads while keeping privacy concerns paramount.