Advice from the frontline of VR production

IBC2018: VR and 360 productions need a well thought out story and an even more detailed script.

A panel of expert VR and 360 practitioners exchanged ideas and tips for getting the best out of immersive production at an IBC session on Sunday. 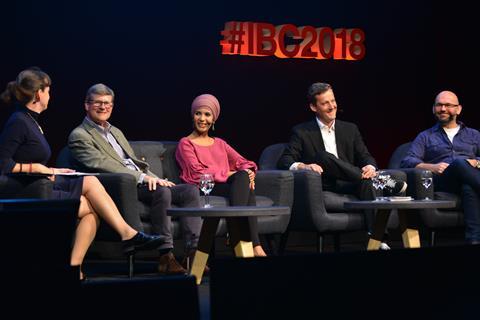 Panellists speaking in The Best of Immersive Storytelling session stressed that all of their work had to have a well-thought out story and an even more detailed script.

Blend Media Head of Content & Production Simon Brooksbank said there had to be a narrative in everything they produce, and that VR projects could not simply depend on gimmicks.

Brooksbank explained how Blend had recently worked on a project for The Macallan to launch a new whisky. It allowed users to take a virtual visit to Macallan’s Speyside distillery, while enjoying the smell of whisky as well as a gentle Scottish breeze.

“The concept was epic in the true sense, and we shot it in 8K with large-scale cameras, lenses and drones. We know from experience that for any production’s core scenes you have to allow 10-15 seconds for the user to understand the location. But ensuring that those seconds are not wasted in a 90 or 120-second film is crucial.”

Blend Media’s efforts for the client paid off with a dedicated installation at Grand Central Terminal in New York in a specially built 20ft x 20ft cube theatre.

The New York project was experienced by 4000 visitors who enjoyed the smell of whisky as well as a gentle Scottish breeze, and more than 40 media references.

The panel also credited the potential for immersion in dramatic and even horror and fantasy projects. Mark Schipper, a transmedia producer, explained how horror film producer Hammer created its House of Horror in VR/360. “It was wonderfully real, with a massive audience reaction and it was a terrific way to turbo-charge your fan base.”

Al Jazeera’s Zahra Rasool, who heads its Contrast VR/360 documentary division, said there was a narrow line to walk in terms of factual and news, and it would be foolish to take a user into a war zone “even if we could”. “There are some very sensitive issues to be considered in VR and 360.”

Sky’s VR Studios Technical Director Richard Mills agreed. “We have filmed refugees at Calais, and even arriving on Greek beaches. But it can be distressing and there’s a risk of it being voyeuristic.”

Read more VR has made “considerable creative strides” in 2018