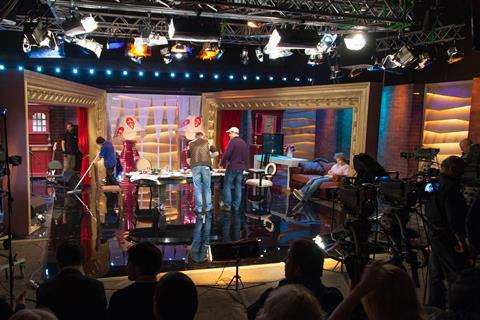 The Covid-19 pandemic is sweeping the globe and having a serious impact on economies and industry sectors, notably the production of films and TV programmes have been forced to shut down for the safety of actors, crew and support staff.

With so much uncertainty, the industry is taking action, with the likes of the EBU cancelling the Eurovision Song Contest, Canal+ offering free premium access during the lockdown and the BBC delaying the TV licence changes. As the spread of coronavirus accelerates, the situation across the industry is unstable and unprecedented.

IBC365  looks at the state of the UK production firms after Dock10 Studios confirmed last week that its facilities including all television and radio studios plus post production, will remain open and operational through the Coronavirus outbreak.

The company said all broadcasters, programme makers and production companies are welcome.

Dock10 head of studios Andy Waters said: “This is a time when the nation needs to be entertained more than ever. While some show formats might need to change to accommodate the current situation, all studios are open, and we would especially welcome live broadcasts and specials programmes.

“We recognise that ‘the show must go on’ and are going to do everything we can to help keep entertainment on air.”

Waters acknowledge “it is not business as usual,” and are remaining diligent to follow the advice from the UK Government and World Health Organisation (WHO) to ensure the utmost safety of all, which includes staff working remotely and from home.

The studios will not have live audiences and all tours are suspended until further notice.

He added: “We would like to express our thanks to everybody working in the NHS and all the teams tackling this global health crisis”.

IBC365 spoke to a representative from Pinewood who confirmed the studios remain operational at the time of publication, however, was unable to comment further on specific productions.

Various reports from last week cited the abandonment of Star Wars and Jurassic World productions, both filmed at Pinewood, with staff sent home for at least a month because of the coronavirus pandemic.

In a statement published on 19 March, Pinewood Group said its Pinewood Studios and Shepperton Studios remain operational, enabling productions to continue to film and record on site.

It added: “The health and wellbeing of our staff, productions and tenant companies is paramount, and we are following government guidance as the situation evolves.”

Warner Bros has suspended its Harry Potter studio tour in Leavesden, just outside London, “in the interest of the health and well-being of our visitors, employees and community partners” while its Leavesden production studios remain open.

IBC365 approached Warner Bros for comment without return. However, according to a report from Variety, a spokesperson said: “At the moment, Warner Bros Studios Leavesden will remain open and operational. We are continuing to monitor the situation closely and will post any updates on our website.”

In a statement issued last week, there were no reported Covid-19 cases at the site however the studios will be suspending bookings until 30 June as they continue to monitor the situation.

Closed because of Covid-19
Last Monday, Elstree Studios made a bold statement deciding to stop its stage being used with audiences and for all events.

Elstree Studios Management said the team are determined to reduce the risks of contracting the virus at the Elstree Studios site by taking robust measures.

Elstree Studios managing director Roger Morris said: “Whilst we are currently taking strict measures to safeguard the people working on site, we are fully aware that an outbreak at the Studios could at any time happen and this could mean that we close and quarantine the areas.

“A number of our clients have closed their offices on site for a number of weeks and we are taking advice daily.” 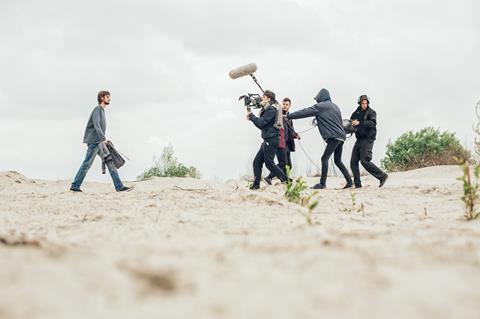 Major film, TV and advertising shoots have been suspended across the globe

BBC Studioworks chief executive Andrew Moultrie told IBC365: “In light of the latest government advice, we are working closely with our clients to help them deliver their essential services. The health and safety of our people and our partners are our top priority.

”We are committed to doing all we can to ensure they are looked after during this challenging time.”

In other headlines, Amazon said it has shut down Lord of the Rings and “paused all Amazon Original series that are currently in production.”

Warner Bros Television Group has halted production on over 70 series and pilots, Disney TV Studios has put 16 pilots and a handful of current shows on a temporary production hiatus, and Apple announced that all its shows produced by outside studios have been suspended for the time being.

Netflix is also suspending a series of its productions and adhering to the requests from the European Union who called on video streaming sites including YouTube and Amazon to ensure telecommunications networks as efficiently as possible.

In a blog post, Netflix vice president of content delivery Ken Florance said: “We immediately developed, tested and deployed a way to reduce Netflix’s traffic on these networks by 25% - starting with Italy and Spain, which we’re experiencing the biggest impact.

“Within 48 hours, we’d hit that goal and we’re now deploying this across the rest of Europe and the UK.”

The company reassured viewers that the video quality should maintain the full resolution from ultra-high definition (UHD), high definition (HD) or standard definition (SD), depending on the device you are using.

Florance added: “In Europe, for the next 30 days, within each category, we’ve simply removed the highest bandwidth streams. If you are particularly tuned into video quality you may notice a very slight decrease in quality within each resolution. But you will still get the video quality you paid for.”

Last week the India Motion Picture Producers’ Association announced it would request the suspension of all film, TV, advertising and web series shoots in the country from 19 March to 31 March, while the week before Disney confirmed it would be suspending production for its live-action feature films, as well as a number of its TV programmes.