BBC launches Together platform for shared streaming during lockdown 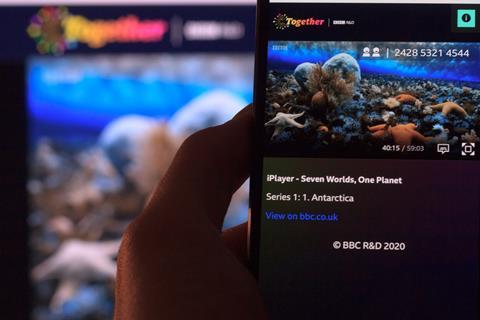 BBC: Develops BBC Together platform to bring people together

The BBC has launched a new experimental platform that aims to allow viewers who are apart to watch and listen to video and audio content from iPlayer, Sounds, Bitesize, News and Sport at the same time.

BBC R&D has developed BBC Together, a service which aims to bring people together who may be separated due to the coronavirus lockdown by enabling them to consume content at the same time.

The service is being made available on BBC’s Taster platform and will give family, friends, and classmates who are in different locations the ability to binge watch new dramas such as Normal People or use the British broadcasters Bitesize educational tools together.

The BBC said there are three steps to set up a session in BBC Together:

It is being made available as the BBC sees its highest ever usage of streaming service iPlayer, with more people tuning in during lockdown. The service had its busiest ever day on 10 May with a total of 22.5 million requests across all programmes – up 61% on the same period last year.

Dr Libby Miller, senior R&D producer at BBC R&D, says: “There may be physical distance between us, but that doesn’t mean we can’t enjoy great programmes with our friends, family, colleagues and classmates. We wanted to see if technology could bring people together to watch and listen to BBC shows remotely as a shared experience, which we’ve done with BBC Together.

“It’s important to say that it’s just a test at this stage – and we’ll be monitoring how well it works and thinking about how we could change it in the future, but we’re looking forward to seeing and hearing about the creative ways that people use it and getting their feedback on Taster.”

Four candidates in the running to become new director general 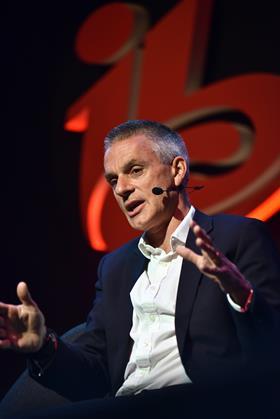 The BBC has narrowed its search for a new director general down to just four candidates, according to a report in the Guardian.

Current DG Tony Hall is set to step down in the summer, but after months of searching, the BBC now has a shortlist of four candidates, the report claims.

The contenders are outgoing Wall Street Journal chief Will Lewis, Tim Davie and Charlotte Moore, who are both currently executives at the corporation, and one other female candidate whose name was not revealed.

The BBC also reportedly contacted current Channel 4 CEO Alex Mahon about the role, but she declined to put her name forward, the Guardian adds.

BBC Studios chief executive Davie is the bookies favourite for the role. Hall was named DG in 2013, replacing Davie, who stepped into the role temporarily following the resignation of George Entwistle.