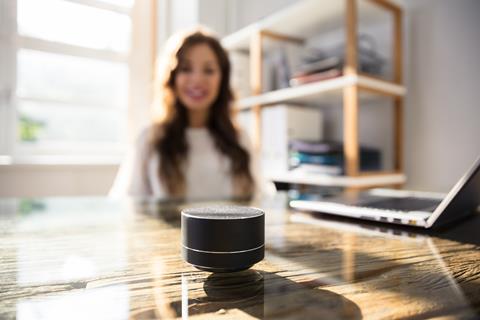 The BBC’s recently announced voice assistant Beeb will be available internationally and be commercialised outside the UK.

Beeb, which was unveiled in August, has been developed in-house by the UK public service broadcaster. It will not be a hardware device itself, but will run on existing smart speakers, smart TVs and mobiles.

Brands have now been invited to speak to the BBC about their needs during the development stage.

The text-to-audio technology behind Beeb, known as Songbird, will be used to launch a product which allows visitors to BBC.com to access thousands of text articles as audio files and will be available for commercial partnerships.

The Beeb announcement was made at the BBC Global News Digital Upfront in London yesterday.

It concluded that “branded podcasts are an effective means of advertising and a powerful addition to the marketing mix, generating real cut-through with audiences”.

The research project measured second-by-second brain activity as people listened to podcasts in passive and active states of activity.

The Audio:Activated research also found that branding stands out from content in branded podcasts and that 94% of listeners consume podcasts while performing other tasks, which BBC StoryWorks said “actually elevates engagement with the brand”.

BBC Global News SVP Advertising Sales EMEA Lori Suchcicki said: “These initiatives all rely on the authentic voice that the BBC has been world-renowned for throughout its existence.

“Audio is a space in which we’ve been at the forefront for almost a century, and these projects demonstrate our continuing innovation and ambition to be the best news organisation in the world, both for audiences and commercial partners.”