Behind the Scenes: Raised by Wolves

HBO Max launched earlier this year, and one of the first big exclusives coming to the WarnerMedia OTT is Ridley Scott’s new sci-fi show Raised by Wolves. DP Ross Emery speaks to Adrian Pennington about the show’s high-concept visuals and working with Alien and Blade Runner director Scott. 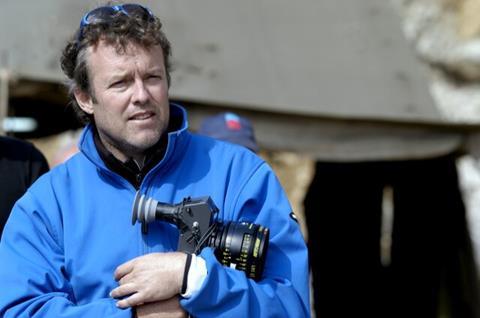 In Ridley Scott’s new sci-fi TV series, two androids arrive on an alien planet with a cargo of human embryos to start a new colony. Rather than go heavy on the high-concept visuals, Scott’s approach was almost the opposite: to document the character’s survival as if filming a lost tribe in the Amazon.

“Ethnological” is how DP Ross Emery ACS describes it. “It’s almost like shooting a doc about a tribe never before encountered by western civilisation in Brazil or Papua New Guinea. How would you capture their day to day activity?”

Raised By Wolves is one of the star acts scheduled to premiere on new streaming service HBO Max. Scott helmed the first two of the ten episodes (his first direction for TV) and exec produced Aaron Guzikowski’s script through his company Scott Free.

“No one has ever seen anything like this before,” - Ross Emery

“This is not a continuation of the world building done with Alien in Prometheus and Covenant but I still feel this is in the same universe as those worlds,” says Emery, who was second unit photographer on The Matrix and Alien: Covenant, and cinematographer on The Wolverine. “Ridley is particularly interested in using androids as an analogue for the human race and questioning what happens if we elevate the humans who created the androids to the status of god.”

The notion of androids attaining consciousness is territory Scott has visited before, most poignantly in Blade Runner but also in the Alien series (from the duplicitous secret agent Ash in the original Alien to the hyper evolved but no less duplicitous David 8 in Alien: Covenant). 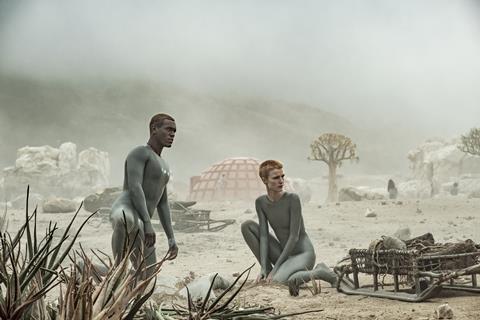 “No one has ever seen anything like this before,” Emery promises.

Scott’s regular cinematographer Dariusz Wolski lensed episode one with Emery sharing photography of the others with Erik Messerschmidt, ASC (Mindhunter).

“Ridley is the starting point,” Emery says. “He does a lot of concept designs and a lot of his own storyboards. You take that and learn the rules of the world he’s building.  For instance, this is a futuristic world where technology is unrecognisable to people from 2019.”

Actors often compose their own back story for characters but Scott tasked wardrobe, props and production design to think about the origin of anything that would appear on screen.

“If there was any technology that was noticeably familiar from our world then he would tell us to dial back,” Emery says. “We used a lot of artificial light sources, LEDs and organic plasmas, but made sure they had a backstory. How would that light have been brought to the planet?

“It’s about not making any misstep. Stanley Kubrick ensured that on Barry Lyndon all the interiors were candlelit so that you can’t feel any light that’s artificial to the period.

“We’re capturing the day to day life of characters who have been washed up on a desert island. They have only managed to take limited resources with them on the space craft so the world is a cross between extremely advanced and the stone age.”

Even the planet’s name, Keplar-22b, is the same as an actual exoplanet 600 light-years from Earth which NASA has identified as the most habitable yet discovered.

“When you are selling a quite preposterous premise - which all sci-fi can be – then the more you can ground the vision the more believable it will be to the audience,” Emery says. 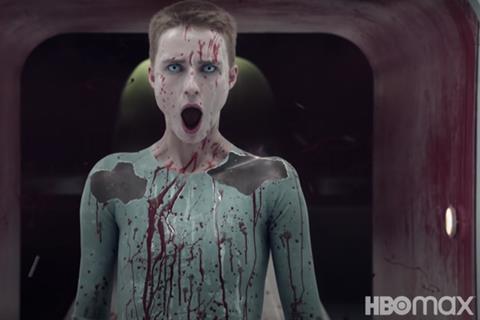 Emery: “It’s a very original work and that’s harder and braver to do than reworking existing stories into a sequel.”

He continues: “Everybody thinks sci-fi and then chooses the most hi-res 8K resolution and large format sensor they can find. We had a lot of discussion about that and decided we don’t want to be a crazy ‘out there’ world. You want it to feel that it has a human touch.”

That led to the selection of ARRI Alexa as the main camera shooting 3.5K ARRIRAW through Panavision Super Speeds and Primos in a fairly conventional manner.

“We had some Steadicam but we didn’t want a lot of crazy camera movement. Ridley felt a low-tech capture was more effective for the story.”

The dramatized documentary approach, using zooms, also worked for the majority cast of child actors.  “You want them not to notice the camera and to deliver a natural performance,” Emery says.

VR rig
With some scenes requiring more than a dozen characters with dialogue, Emery had the editing process on his mind too. “Manufacturing intricate camera moves can end up boxing the editor in in terms of how they want to tell the story,” he says.

However, flashback sequences told from the android’s point of view, were shot with a VR rig of seven 4K GoPro cameras in 360-degrees.

“It’s a way of capturing their world view without appearing like that of the Terminator,” he explains. “The VR rig gave an aspherical view of the set, like an ultra-wide 1mm lens. Once you move it through a space you are changing perspective all the time and you have the ability to see the actor’s ears and feet and what is directly above them. It took a lot of unlearning traditional camera rules.”

The VR sequences were used in post to zoom in, pan or tilt into any part of the image to convey the android’s attempt to rationalise what has happened in the past. 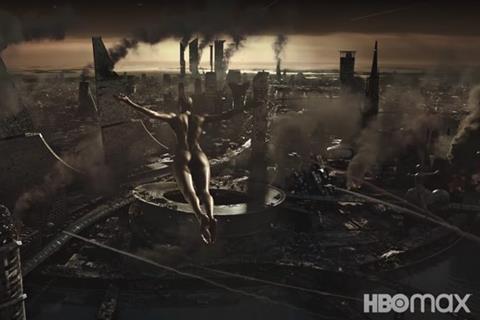 Raised by Wolves: To be one of the star shows released on HBO Max

Subtle shooting
Raised by Wolves was shot in studios at Cape Town and on location in a remote desert location north of the city.  To reduce the VFX count, therefore the budget, they favoured a 100m x 30m painted backdrop, over bluescreen.

“That meant we could use mist and smoke effects, which is something you can’t do so well on bluescreen,” Emery says.

As the story develops, the camera framing alters subtly too to reflect the android’s growing awareness of their existence.

“They are not necessarily becoming human but as the AI experiences more it begins to process the emotional reactions from the humans. There’s one essential question: are android’s capable of emotion? The answer is that they can process the stimulai the same way as humans and come up with a reaction to it which, in its simplest terms, is that of an emotion.”

To chart this development, the camera shifts progressively closer to the performances of Amanda Collin and Abubakar Salim as Mother and Father.

“We see them first on long wide lenses but progressively we shoot them more like a human being, or a character in an emotional state,” Emery says.

Working with Ridley Scott is a dream come true for the Australian whose recalls being taken to see Blade Runner as a 16-year old by his father (the cinematographer Ossie Emery ACS).

“That film got me wanting to become a cinematographer,” he says. “Getting to work on Alien: Covenant and to shoot the alien with all its teeth and gel was such a buzz.

“In my job I get to watch an awful lot of films and it’s remarkable how the power of an image stays with you. I think that’s a particular talent that photographers and cinematographers have, a powerful visual memory. Even if you’re out shopping for milk and you notice the way the sunlight comes through the window, or how a car’s headlights turn around a corner, you’ll file it away and sometime somewhere you can recall it for use in a scene.”