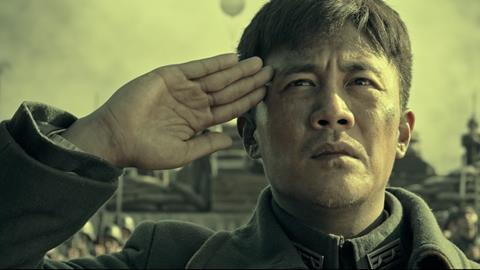 Behind the Scenes: The Eight Hundred 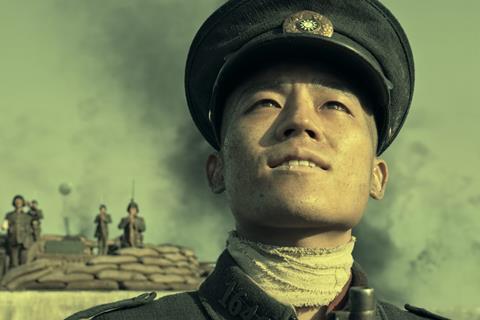 In the year in which potential blockbusters like No Time To Die were pulled from cinemas and others like Trolls World Tour were taken straight to streaming, it is Chinese WW2 drama The Eight Hundred (original title: Ba Bai) which tops the global box office.

In China – the world’s second largest theatrical market after the US - most cinemas have remained open except for a period last Spring. The historical action film trounced Disney’s Chinese themed family entertainment Mulan.

By October The Eight Hundred had steamed to $468 million beating Bad Boys for Life’s $424.6 million global total, Tenet’s $300m gross and Mulan’s box office of $57 million (Disney has not released figures for the film’s Disney+ premium VOD). Not bad for film budgeted at $85m, modest compared to Mulan and Tenet’s $200m.

That The Eight Hundred made most of its money in China is no surprise given its patriotic theme which mixes the spectacular battle scenes and thin characterisation of Michael Bay’s Pearl Harbor with the rearguard mud-soaked resistance of Christopher Nolan’s Dunkirk.

Produced by Chinese studio Huayi Brothers Media, this is the first Chinese and Asian film shot entirely on Imax cameras and sets a new standard for production value in Chinese cinema. 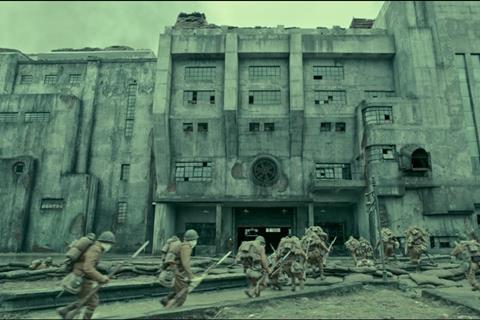 Sets: The physical set was more than a kilometre in length needing over 2 km of green screen

Massive set build
It tells the based-on-fact story of the Defense of Sihang Warehouse when a group of Chinese soldiers and draft dodgers defended a Shanghai warehouse complex from Japanese forces for four days in 1937 during the Battle of Shanghai and the Second Sino-Japanese War. Western critics have dubbed it the ‘Chinese Alamo.’

Director Guan Hu (best known for crime drama Mr. Six) had been preparing the film for a decade. Production itself spanned more than three years. Cinematographer Cao Yu (Kekexili: Mountain Patrol) was honoured with membership of the ASC earlier this year arguably as a result of the attention given to this film.

The project tested Red Helium, Alexa LF and Sony Venice cameras in 2016 but switched to the Imax compatible ARRI Alexa 65 and Prime 65 lenses for the entire feature.

“The director made a test shoot and ended up with a two-minute short film,” explains the film’s colorist Zhang Gen. “We worked with Cao Yu and produced three different graded versions using Resolve to give everyone an idea of what look Guan was aiming for. After the test shoot, they tested Imax cameras and lenses thoroughly and we created another three LUTs.”

Controversy
Six months of principal photography wrapped in April 2018. The film was due for release in June 2019 but was withdrawn at the eleventh hour after apparently falling foul of the censors. Reports suggest the film displeased the authorities by portraying Kuomintang (Chinese Nationalist) army officers as too heroic in contrast to rival Mao Zedong’s Communist Party forces. The film’s release a few months before the 70th anniversary of Mao’s triumph over the Kuomintang may also have raised eyebrows.

Whatever the truth, the film’s eventual release (after another Covid-related postponement) is 13 minutes shorter the first cut.

With the decision to shoot 6.5K resolution Arri RAW, the production had to beef up its computer and storage system to accommodate the footage which would eventually total 450 TB. They also switched to running Resolve on Linux, because it afforded more processing power.

“To reduce the amount of data online we scanned all the hard disks from the production team and only picked the takes used by the editor,” explains Gen. “The next step was to trim all the takes and retain only the EDL to make sure the footage was as precise as possible.”

To create the 1500 VFX shots, Hu turned to Adelaide’s Rising Sun Pictures and Oscar-nomainted VFX supervisor Tim Crosbie, a veteran of shows including The Matrix and Peter Jackson’s The Lord of the Rings, all-CG retro-futurist feature Sky Captain and the World of Tomorrow; Prometheus and X-Men: Days of Future Past. He also managed other VFX vendors including Fin Design, DNEG and Anibrain.

The majority of RSP’s work focused on a lengthy sequence representing the battle’s decisive third day. The Japanese unleash a vicious aerial attack on the Chinese soldiers on the roof of the warehouse. The fighting is witnessed by thousands of foreigners and Chinese civilians from the relative safety of Shanghai’s international Concessions, now called The Bund, located just across the river.

The production built a 1:1 replica spanning 1,435,180 sq ft of the 6-story, concrete Sihang Warehouse riverside structure, where much of the action takes place, in Suzhou, in east China’s Jiangsu province. A separate replica of the rooftop was constructed for explosions. RSP’s set extensions were equally monumental in scale. The physical set was more than a kilometre in length needing over 2 km of green screen, 15 metres high, installed around the perimeter. Almost all the lighting was to be practical, so 28 km of high-tension cable was buried under ground.

The CG sets not only had to be large, they also had to be accurate due to Cao Yu’s sweeping camerawork which travels with planes and an airship over the landscape. Details that begin in the far distance are later seen close up which required the production team to build out houses to a distance of 5 km from the warehouse.

As reference for the CG set-extensions, RSP used thousands of photos of 1930s Shanghai, before and after the battle. While the warehouse itself was a complete re-production, for the Bund there was some artistic licence to make for a more cinematic feel. This look was in part inspired by The Great Gatsby and 1920s New York.

Artistic license:  To create a more cinematic feel influences from The Great Gatsby were used when creating Shanghai

The film’s art department built a 3D model of the entire city of Shanghai at the time of the attack as the basis for building the practical set. The model assisted pre-viz vendors Monk and Third Floor to help RSP ensure that homes and buildings were accurate in terms of style, colour, texture, and layout.

“While the scale of the set often meant the green screens were quite far away, I was aware that [Cao Yu] wanted to capture long, sweeping camera moves using drones and other techniques,” Crosbie says  “That meant the backgrounds had to have an immense level of detail. A green screen would give vendors a nice flat screen to be able to roto against if they couldn’t pull a key properly.”

“Most action films use fast camera moves. People are running around and debris is falling. The action is distorted making it easier to blend things. Here, every detail is crystal clear, like a still photograph.” Guido Wolter

Aside from augmenting production footage of the practical warehouse RSP’s created CGI of thousands of individual buildings as well as debris, fire, smoke, snow and other atmospheric elements. Additionally, they animated fighter aircraft and an airship as well as a CG horse running through the interior of the warehouse.

“That meant there was very little motion blur. Most action films use fast camera moves. People are running around and debris is falling. The action is distorted making it easier to blend things. Here, every detail is crystal clear, like a still photograph.”

Grading to Picasso
Guan Hu tasked Gen with creating a look that was inspired by Picasso’s Blue Period, works the maestro painted between 1901 and 1904 in essentially monochromatic shades of blue and blue-green. Alfonso Cuarón’s Children Of Men was a colour reference for exteriors.

“The DP and I used Resolve Version 15 to build the LUT,” Gen explains. “We used the curve tools to control the contrast and the channel mixer to create the monochromatic looks. We also used primary tools to create the colour cast for the day and night scenes. Generally, we created three LUTs for the entire on-set production, two for the day time and one for the night.

“The project was a huge challenge for myself and my team because it’s the first time we’ve handled ARRI 65 footage. We designed a brand new workflow and software for this project.

“Grading a feature film like this was not something that could be done by only one colorist. My team of 13 took care of from production, assistance work, data management and workflow management.

“For the grading I worked with the DP for almost two months. The biggest challenge for us was the colour of exterior scenes. After the first pass we had discussion about it and agreed that the palette could be more vivid and the colour cast a little clearer. We make the second pass following this idea and made a lot of fine adjustments. For the third pass we focused on the VFX shots and the colour cast scene by scene.”