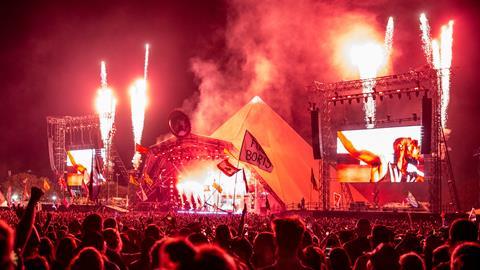 With Glastonbury cancelled, the BBC has delved into the archives to bring highlights from past festivals to the small screen. BBC Studios executive producer Alison Howe tells IBC365 about the challenges of producing the five-day Glastonbury Experience during lockdown. 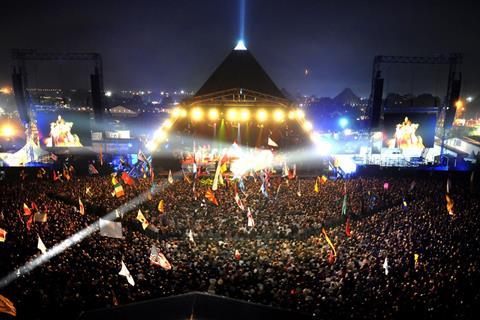 The Glastonbury Experience: To feature highlights from its archives

Had it not been for coronavirus, Taylor Swift and Sir Paul McCartney would have been headlining the 50th anniversary of the Glastonbury Festival this weekend - and in bright sunshine too.

The Festival, of course, is one of the summer’s many high profile music and sporting events to be cancelled in the wake of the pandemic.

In its place, the BBC is seeking to bring the spirit of the festival to viewers stuck at home with The Glastonbury Experience, five days of highlights and sets from past festivals.

“If we couldn’t have an actual festival we thought it might be nice to try and bring the aspects that people love such as the big live headline sets and lots of treats from the archive that haven’t been seen over the years,” says The Glastonbury Experience executive producer Alison Howe.

The Glastonbury Experience is being led by three 90 minute live programmes with two presenters in prime time on BBC Two - one for each night of the main Glastonbury weekend, featuring set highlights from the likes of The Rolling Stones, Stormzy, Lady Gaga, Florence & The Machine, Nick Cave and the Bad Seeds and REM, as well as live acoustic performances from special guests.

BBC Two and BBC Four will also have a number of shows packaged up from the archives which comprise big headline sets and compilations of specially shot acoustics along with a reminder of the artists that have played the classic Sunday teatime slot on the Pyramid Stage.

There are full performances by the likes of Beyoncé, Adele and David Bowie, plus sets from the likes of Jay-Z, Elbow, Amy Winehouse and Nile Rodgers.

Despite not being on site, The Glastonbury Experience production is complex and is a true multi-platform operation like the BBC’s usual festival coverage - and it has been made all the more challenging by coronavirus limitations. 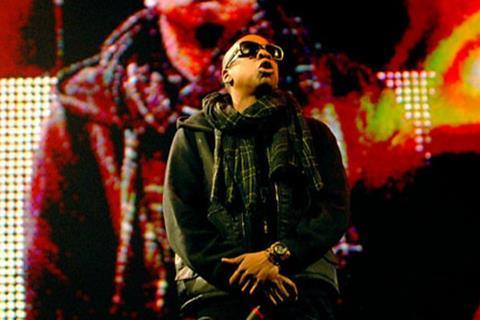 Jay-Z: Iconic Glastonbury performance will be featured throughout the weekend

Leveraging the archives
The archive shows have been researched and edited remotely by a researcher, AP and editor. “We have archive going back to 1994 so there has been a lot of work in sourcing the performances and then finding them in the archive, which is much harder in the current situation,” says Howe.

The multi-camera performances at Glastonbury date back to 1994, meaning there have been many different formats to contend with. “A lot of the material was still in the process of being digitised by the main BBC archive team so it has been challenging,” says Howe. “We need a lot of content to fulfil all our deliveries and they are in demand across the board given the current situation and the need for more archive driven content.”

Howe says the team has also had a good dig around the archive to find some performances that people don’t see very often or have never seen. “The content was being broadcast very differently a decade ago, it was only a few single sets that were even being broadcast in full.” However, the same team at BBC Studios have produced the BBC coverage since 1997, so had a good idea of where the treats are buried in the archive.

Howe says that many of the artists, their labels and managers have allowed the BBC to show material that the audience may not have seen at the time. For instance, the coverage will include some songs from The Rolling Stones set that were never aired on the night they played in 2013. There are also songs from Oasis in 1994 that haven’t been widely seen.

The same research and editing team are working on the BBC Two live shows along with a dedicated producer. “It’s a very small editorial team supported by a small production management team and engineering manager. When we do the live shows, we will be joined by a skeleton OB crew, gallery and floor team,” says Howe.

A major focus for the production management team and engineering manager for the live shows has been how to produce them safely. There has been advance planning on exactly how the OB footprint works in terms of seating, and on how to safely move around the production spaces and the live gallery. The team have named desks to work at for the duration and there are set entrance and exit points to the production offices and OB vehicles that adhere to social distancing guidelines. The team will all also be wearing face coverings in the gallery. 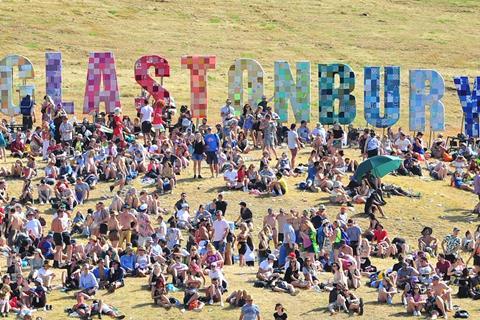 Coronavirus: No camping at Worthy farm this year

Remote editing
Howe says preparing for the production has felt like a usual Glastonbury workload at times, despite not being at the same scale when producing live from the festival.

Like a lot of TV shows being made right now, Zoom video calls and meetings have been key to the production process. “With so much content to deliver we have had to have a lot of meetings just to discuss delivery to make sure things aren’t falling in between the cracks,” says Howe.

Zoom also played a key part during the edit, says Howe. “We’ve sat in our individual homes with our editor in their edit suite and we connect by Zoom, they point their computer at the TV screen, and we just watch and edit together.”

The edit house that BBC Studios works with on The Glastonbury Experience, Ace Post Production, is also delivering a large portion of the nearly 100 sets playing out on the BBC iPlayer over the weekend.

“It’s just different to what we would normally do. It’s been challenging putting together a Glastonbury weekend like this, we’re learning how to do it and we’re making lots of shows in advance and making a live show on the night so it’s a mixed economy of what is being made.”

A lot of it is about preparation, she says. “Things always come up that you haven’t allowed for when you are working in normal conditions at Glastonbury. We have experienced biblical weather on many occasions so we are more than ready for what might come our way and fully prepared!”