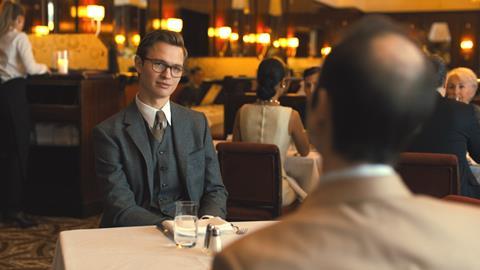 Behind the scenes: The Goldfinch

Donna Tartt’s Pulitzer Prize-winning novel The Goldfinch has been described as a “cinematic” and descriptive masterpiece. IBC365 goes behind the scenes with cinematographer Roger Deakins to find out how he shot the upcoming adaption. 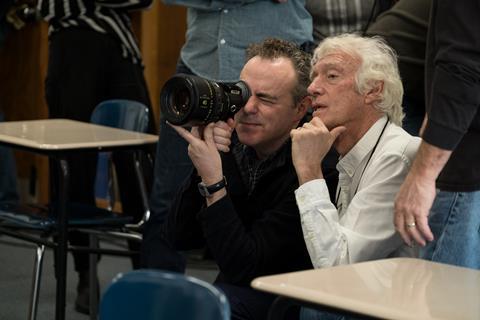 Working duo: Roger Deakins with John Crawley on set of The Goldfinch

John Crowley, who directed the adaptation of Colm Tóibín’s novel Brooklyn, has taken on the task and given himself the best possible shot at pulling it off by teaming with Roger Deakins BSC ASC. It’s the British cinematographer’s first film after winning the Oscar for Blade Runner 2049.

“I was attracted to the story because it’s character driven,” Deakins tells IBC365. “I’ve never been into the action genre or superhero movies and it’s getting increasingly hard to find movies that have something that’s really motivated by people in normal situations.”

The coming-of-age adventure focuses on Theo Decker (played at different ages by Oakes Fegley and Ansel Elgort) and the painting of a chained goldfinch he takes from a museum after a terrorist bomb attack that kills his mother (Nicole Kidman). The painting becomes a symbol of hope as Theo grieves, grows into adulthood, turns to crime, and then tries to right his life.

Tartt’s writing is rich with description about even the most circumstantial detail. The Guardian called her approach ‘cinematic’ observing that the narrator of The Goldfinch “catalogues the world’s visual clutter as greedily as any unblinking movie camera.”

“The danger is that details can overwhelm the main story points when you begin to visualise it,” Deakins says. “In a way, you’ve got to start from scratch. I’ve not done many films that have been adaptations. No Country for Old Men comes to mind where to me it felt important to have Cormac McCarthy’s image of that world in mind when shooting. Similarly, here, it’s more important for me to get a feeling of the book, something that’s not in the script. It’s nothing concrete, more a feeling of feel place and character.” 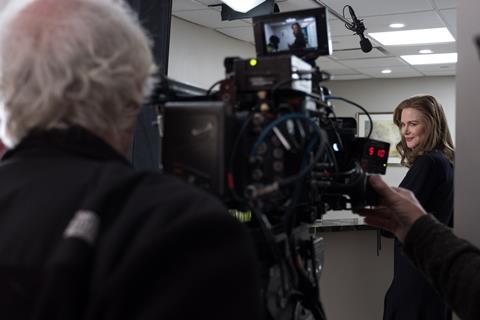 Deakins on being behind the camera: “I love operating the camera mainly because I am seeing the performances for the first time”

The script by Peter Straughn (who adapted the novels Tinker Tailor Soldier Spy and Wolf Hall) handles the sprawling story by omitting a chunk of time to concentrate on two periods featuring the hero aged 13 then jumps to his twenties.

“The script changed the book from being a linear narrative into something more fractured. That was what I talked about with John in terms of treatment. It’s one big flashback in a way bookended by the same traumatic event.”

Creating the atmosphere
Some DPs may have opted for a different lighting or colour scheme to depict stages of the central character. Not Deakins. “I don’t think the past is any different to the present. I don’t like that technique where you use a specific lens or treatment on the image to make it look like a different time. It should be more about capturing a mood.”

Crowley presented him with a whole series of images at the outset of the film to describe the atmosphere he wanted to create.

“These were his feelings of the darkness and the light which we used as talking points really. We didn’t reference other movies, just this collage of different images.”

Location scouting, which Deakins made with the director and production designer KK Barrett, proved invaluable in translating these ideas to the screen.

“I wanted to use natural light where possible”

“I wanted to use natural light where possible but due to shooting 10-12-hour days, including in New York in winter, there was no way we could do that and shoot a full day’s work. It was frustrating but we found work arounds.”

One was to find locations in the ground floors of apartments or houses with access to the street so that Deakins could ring a building with a lighting rig. “Then I had total control.”

Scenes set in a suburb of Las Vegas were shot in Albuquerque, New Mexico “on the edge of the desert where the sunlight was hot, harsh and hostile.” 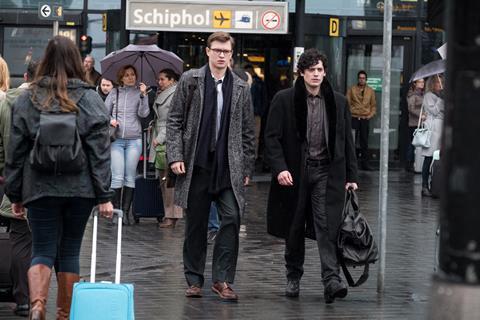 Amsterdam: The Goldfinch set on location

By contrast night interiors of scenes in New York were coloured warm while those in Amsterdam were more classically designed “with a whole range of colour based on the time of day and of the city.”

The only set was the Metropolitan Museum, out of necessity since the building is blown up. Despite this major action scene, Deakins dislikes multi-cam, favouring shooting on ARRI Alexa XT with a set of Zeiss Master Primes in 3.4K Open Gate and an aspect ratio of 1.85:1.

He persuaded the production to visit Amsterdam on location rather than, as planned, shoot scenes set there in a studio against blue screen.

“It was very important that we conveyed a feeling of time passing and the darkness of Theo’s struggle with himself in this hotel room,” he says. At this point in the film Theo is contemplating suicide. “We have to have the reality of him seeing the world from inside this box.”

Painting a shot
The painting of the film’s title is real. It’s by Carel Fabritius, a pupil of Rembrandt, made in 1654 and hangs in The Hague.

“We went to see the painting. The museum made a fantastic reproduction of it, then KK had them painted over to make them even better.”

The painting in itself, Deakins feels, is fairly insignificant. “It’s just a bird,” he says. “What’s important is the idea that the painting is Theo’s physical connection with his mother.”

The director of photography on any film is in a privileged position when it comes to being up close and personal with actors. Deakins has photographed dozens of stars giving arguably their best screen roles including Russell Crowe, Javier Bardem, Frances McDormand, Sean Penn and Tim Robbins, but he still gets a thrill from seeing a performance take shape in front of his eyes. 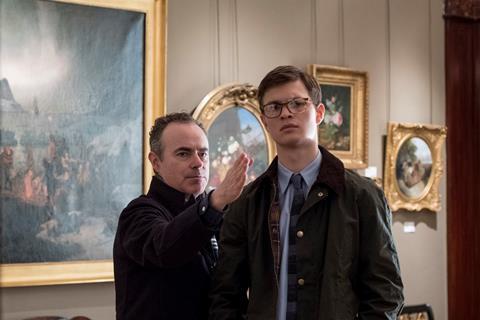 “I love operating the camera mainly because I am seeing the performances for the first time,” he says. “I am the closest person to the performance, and I know when I’m watching something pretty remarkable.”

In the case of The Goldfinch he singles out Fegley, Sarah Paulson and Luke Wilson, who plays Theo’s emotionally abusive father. “Luke was quite a revelation. I didn’t know him very much from his previous work but just seeing his performance was remarkable.

“What I don’t get to see, until a preview or premiere, is how the performances jig-saw together with each other. For obvious reasons we never film Oakes and Ansel in the same shot. The character development from child to man is, I think, a pretty brilliant translation of a book that many said was unfilmable.”