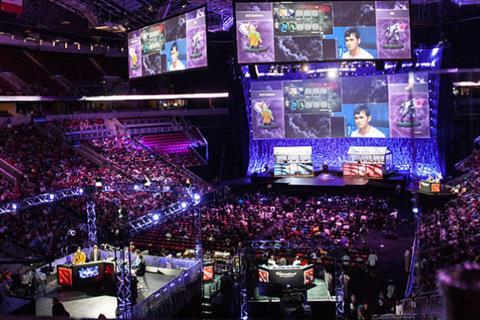 British broadcasters have turned to esports while most sporting events are halted due to the coronavirus lockdown.

Both the BBC and BT Sport have struck partnerships with esports firms that will see them broadcast events and competitions on their channels.

The BBC struck an agreement with Psyonix’s to show the Rocket League European Spring Series across its website, app and BBC iPlayer.

The final two days of competition took place from May 9-10, with competing teams including reigning Rocket League Championship Series (RLCS) Europe champions Dignitas, as well as the esports division of FC Barcelona and Renault Vitality.

Financial details for the agreement, which comes as most physical sports are looking for ways to get back up and running during the Covid-19 pandemic, were not disclosed.

“Rocket League is one of the most exciting esports in the gaming world and to have the European Spring Series live on the BBC’s digital platforms is something we’re really pleased to be able to offer, especially for our younger audiences,” Ben Gallop, BBC Sport head of digital, said.

The agreement was unveiled as BT Sports announced a partnership with UK esports business Gfinity to air a series of celebrity-led gaming entertainment shows on its channels.

Sports celebrities such as footballers Robbie Savage, Joe Cole, ruby star Ugo Monye and singer Chelcee Grimes will take part in the BT Sport FIFA Challenge series, which kicked off 8 May. It will consist of weekly FIFA matches between the celebrity squads culminating in a Grand Final on 5 June.

“Lockdown has meant that we have been looking at new content and formats to give our viewers their sport fix while there is no live sport,” said Jamie Hindhaugh, COO BT Sport.

“The good news is that this has accelerated our esports plans with Gfinity and we’ll be kicking this off in May, using our market-leading remote production capabilities, with a fun, chat based, FIFA gaming format with plenty of competition between our BT Sport teams that we hope our viewers will enjoy.”

The shows will be co-produced by the two companies, with BT Sport providing the technology core and Gfinity providing its expertise in managing multi-feed gameplay

The partnership will extend beyond this, with BT and and Gfinity working to develop more esports concepts.

“To finally get to bring a show to the screen in partnership with BT Sport is extremely exciting,” said Amanda Lawson, Gfinity’s global head of content.

“Our focus this year has been on developing formats and shows that work for TV audiences in a way that ‘traditional esports’ has previously come up short.

“As with all good TV shows, this series will feature top talent, a unique and entertaining format and a fiercely contested competition. We very much look forward to working with BT Sport on further eSports concepts and to bringing exciting new shows to their viewers.”

Esports has long been viewed as a potential opportunity for broadcasters, given its growing fanbase and relatively cheap rights costs.

At the IBC2019, the inaugural Esports Showcase explored the technical and commercial opportunities and challenges of the rapidly growing world of esports in an exclusive showcase.

Panellists from Nielsen Sports, ProSiebenSat.1 Sports and MediaKind discuss the challenges and opportunities within the esports ecosystem at IBC2019.