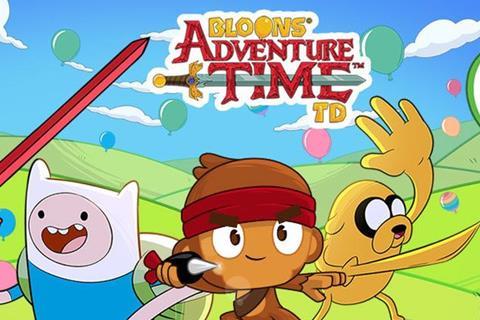 Turner’s Cartoon Network has launched two pop-up kids channels as part of an innovative trial in partnership with Globecast.

The pop-up channels went live in Singapore through Singtel’s IPTV service from June 12-21, and in the Philippines through Cignal TV from May 3 to June 2.

The temporary channels served different purposes for the WarnerMedia’s Asian arm. In Singapore, the channel was called “Pop & Watch” and was made available for free on Singtel’s IPTV service, as well as its Singtel TV GO and Singtel CAST mobile apps.

James Crossland, SVP of international operations for Turner, a WarnerMedia company, said: “These pop-up channels were something new for us in Asia and we were really pleased with the results. We’re always looking to offer our broadcast partners innovative new platforms to showcase our content and it’s important to everyone that the technical services are seamless and hitch-free.”

The trial leveraged Globecast’s existing relationship with Turner in Asia. Back in 2012, Cartoon Network HD became the first high-definition children’s channel in Southeast Asia, after striking a deal with GlobeCast to be delivered on the MEASAT-3 satellite.

Globecast augmented its existing arrangement with WarnerMedia, which covers media management, playout and content archiving, to provide technical services for the channels.

It saw WarnerMedia in London deliver content to Globecast’s ingest and playout system in Singapore, which was then supplied as transmission-ready files that were automatically ingested. Globecast already held much of the content in archive, but restored this to playout as required by the daily playlist, in order to facilitate distribution, adding graphics where required.

The process required comprehensive testing ahead of launch, Globecast said, including complete pop-up channel monitoring 24/7 as the channels aired.

Shakunt Malhotra, VP of operations, Globecast Asia, said, “This was an exciting project and we expect to see more of these requirements on a global basis. Cartoon Network leveraged our expertise to manage content and our optimized workflow, which was ideal for quick launch and smooth operation. This project was an excellent way to maximize content use and therefore ROI, extending brand reach.”