Case study: Streaming the Royal Wedding to the US

An in-depth look at how M2A Media worked with ITV and the BBC to offer a service to live stream the Royal Wedding to the US on Britbox.

Abstract
M2A Media worked with ITV and the BBC to offer a service to live stream the Royal Wedding to the US on Britbox. The collaboration was based on using AWS Public Cloud for encoding, packaging and hosting a live stream which was delivered to audiences based in the US. 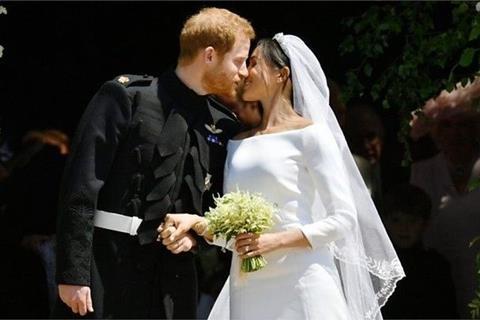 Royal Wedding: The Duke and Duchess of Sussex

As part of the Britbox collaboration the choice was made to use the ITV live source for the US audience and distribute the streams over a BBC platform. So it was necessary to source the ITV streams and encode them to the profiles and format required by the BBC origin and players.

The use of cloud resources was a key factor in making this integration possible.

The solution that was deployed sent the source video into the M2A Live Encoder over HLS. Once encoded the streams were forwarded to the M2A Live Origin for formatting to HLS, DASH and Smooth.

The M2A Live Origin also performed a timeshift in the manifests so that the streams could be played ‘live’ at mid morning time slots in the US.

M2A Media built and tested the system within weeks of the royal wedding and had to ensure it exactly matched the streaming format expected in the Britbox player.

On the day the system ran without fault and was accessed by audiences across the US.

The Britbox brief for the Royal Wedding
Britbox, the subscription streaming video service from BBC Studios and ITV wanted to offer live coverage of the royal wedding of Prince Harry and Meghan Markle, including a live stream of ITV’s broadcast of the wedding celebration.

The British Royal Wedding generated a huge media interest in the US and presented a unique live streaming opportunity for Britbox.

To make the most of the occasion the day’s proceedings would be split into three live programmes: the arrival at the church, the ceremony and finally the carriage procession. Each programme would be time shifted to go live mid morning across the three US time zones. The programmes would also be offered for catchup viewing at the end of the live event.

The source stream would be provided by ITV with the BBC providing the origin hosting, CDN integration and players.

The challenge
The live stream was scheduled to begin on BritBox at 10:30 BST in the UK, which is 05:30 ET in New York and 02:30 PT in San Francisco. The decision was made to time-shift the live stream twice so viewers on both coasts could view a live stream that started at 10:30. For viewers not able to watch the live coverage, tailor-made catch-up VOD had to be available immediately afterwards.

The live stream would be sourced from the ITV broadcast of the wedding and the output stream had to work in the Britbox player using existing distribution routes and configuration. Live events with this configuration hadn’t been published on Britbox before and the timescales for configuring and testing the service was only a few weeks.

As it was a one-off event the solution had to be cost effective and slot neatly into the existing platform and the Britbox Royal Wedding live experience had to be delivered with the broadcast standard of quality expected from the BBC and ITV particularly for such a high profile event.

The solution
The first choice made was that the entire service would run in AWS Public Cloud and the service had to rely on technology already in use at ITV and the BBC.

Fortunately M2A Media was already receiving hi-res live streams from ITV for the ITV Live Capture service and was delivering the VOD media for Britbox.

M2A Media also had a 24/7 Live Encoding service and MCR that was available to fill in the rest of the end-to-end solution.

The technical implementation for the service was as follows:

Live streaming - The Live Stream source was delivered in a 100Mbps mezzanine format in HLS directly to an AWS Elemental Cloud Live Encoder in AWS Dublin where the ABR ladder was created and timecode inserted.

The encoded output was forwarded to USP Unified Origins also hosted in AWS Dublin for live packaging and for serving the archive VOD.

Live capture - At the same time as encoding the event for live streaming, the catch-up VOD assets were being produced.

The catch-up was created in three parts; the first part covering the guests arriving, the second the ceremony and the final the carriage procession through Windsor.

The M2A Live Capture console was used to frame accurately mark in and out points for the VOD catch-up. A hi-res version of the catch-up was sent to Amazon Prime where a BritBox channel is also available.

High availability - A fully resilient architecture was used to ensure no loss of service during this major event.

Two Elemental Live instances and two Unified Origins instances were utilised for the service. The presented streams were carried by the BBC iPlayer distribution service that uses multi-CDN and load balances traffic across these to ensure the best QOS.

Ease of integration - M2A Media’s Live Streaming and Live Capture solution for the Royal Wedding ran entirely in AWS Cloud. Integrating into the BritBox platform proved simple and straight-foward and required no changes on the BritBox side. The service ran without operational intervention and it was possible to run dress rehearsals ahead of the event to ensure everything was ready for the big day.

Media operations - Even with the dress rehearsals, an event of this importance still needs pro-active monitoring. M2A’s London based operations team was watching the live streams throughout and keeping an eye on the QOS stats.

In the event no corrective actions were required but for live events when every second counts you can’t yet avoid hands on media operations.

Conclusion
The key learnings from this exercise is that running loosely coupled services in AWS Public Cloud make it easy to deploy new services and economical to run these for very short periods.

The overhead of creating the Royal Wedding live stream for Britbox was measured in days rather than weeks of effort.

The operational costs were kept to a minimum while the quality of components including security and resilience was of the highest standard and the service could scale to handle virtually any audience size.