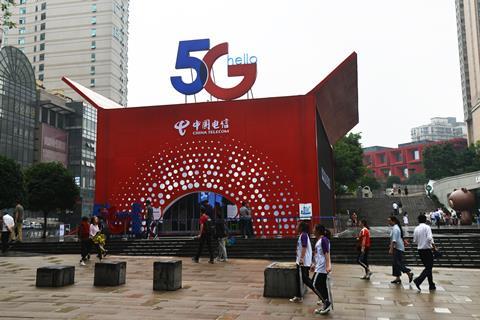 The Shanxi Branch of the state-owned telco used ZTE’s 5G Live TV solutions to broadcast the 2nd National Youth Games of China from Taiyuan in Shanxi.

The solution also used technologies including MEC and low latency coding to reduce live end-to-end latency to less than a second when shown over IPTV.

The broadcast was part of ZTE’s strategic cooperation agreement with the Sport Bureau of Shanxi Province, Shanxi Radio and Television Station, and the Shanxi Branch of China Mobile, which was announced in May.

The two groups, which both fall under the purview of the Chinese National Radio and Television Administration (NRTA), will set up three stations operating in a single high frequency, using transmitters provided by Rohde and Schwarz.

The stations CCTV Tower, Jing Guang Center and Ming Ren Square are around 10km away from each other and will carry out a number of tests including field strength propagation, network coverage, mobility reception and application possibilities.

CBN was granted a commercial 5G license of 4.9GHz with 50MHz band in June 2019, with a trial of FeMBMS (Further evolved Multimedia Broadcast Multicast Service) identified as the next logical step by NRTA.

The trial will see Rohde & Schwarz utilise some of its experience gained as part of the 5G Today project in Bavaria that has been on-air since December 2018.