Implementing some degree of cloud-based playout has been a marked trend for a while now, but this year’s momentous events are certain to accelerate developments, writes David Davies. 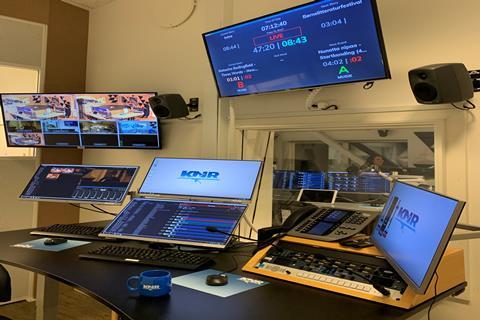 In the context of the profound changes that have impacted most aspects of broadcast workflows during the past few years, it was surely only a matter of time before playout underwent a similar quiet revolution. That has now arrived in the form of cloud-based playout, which opens the way for broadcasters to enjoy greater flexibility and cost-efficiency, either as a sole platform or as part of a hybrid playout infrastructure that typically includes on-premise facilities.

Markus Placho is vice president of video products at SES, a leading provider of global content connectivity solutions via satellite, which currently manages playout for more than 525 channels and delivers over 8,400 hours of online video streaming per day. “There is more and more demand [among our customers] for cloud-based playout, primarily due to flexibility and the opportunity to scale up and down more easily,” he says. “Pop-up or temporary channels – for example, those connected with sporting tournaments – would be a good example here as they allow playout to be achieved without the need to invest in hardware for a short period of time.”

For SES, this realisation has recently led to the development of its own bespoke cloud playout infrastructure together with Microsoft Azure; Placho envisages that “many of its customers will want to migrate some or all of their services to this platform”. But as the following round-up makes evident, innovation is hardly in short supply elsewhere in this market, with numerous vendors bringing new or updated cloud-based systems to launch over the past 18 months.

Cloud playout overview
Cinegy’s software playout product, Cinegy Air, has been available to run in the cloud for more than three years as a BYOL or rental offer. It comprises two key components – Cinegy Playout Engine and Cinegy Air PRO operator interface – which can be run independently on different instances. 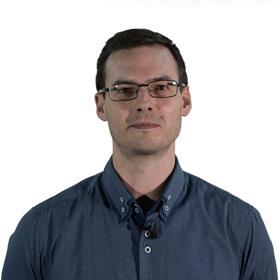 Michael Jacobs, the company’s head of professional services, highlights a specific USP from an operational cost perspective: “One of the advantages of using our software is that we can make extensive use of any Nvidia GPU, which is available to offload CPU cycle costly jobs such as encoding of output streams with H.264 or HEVC and insertion of complex graphics. This means that running an HD channel with branding can be achieved on a very modest cloud instance with associated costs.”

The advantages of cloud-based playout are now firmly established and further underlined by the impact of Coronavirus, indicates Jacobs, who says the primary benefits for Cinegy’s customers are “the reduction in capital expenditure, reduction in time for deployment of pop-up channels for large-scale sporting events, and the flexibility which comes from not being tied to a hardware deployment. Additionally, given the current climate, there is the ability to [enable] their engineers and operators to continue their day-to-day tasks without being in the same building as their colleagues and equipment.”

Software company nxtedition’s offer revolves around the use of on-premise virtualised private cloud infrastructure. According to creative director Adam Leah, its customer base of regional and national broadcasters has “geographical borders, and therefore the elasticity and scalability of a public cloud is not necessary for their day-to-day playout requirements. Instead, their requirements focus more on speed and cost.”

As a dynamic ‘live led’ playout system, “the area of adoption nxtedition sees the most is the recycling of content made by the client through the day, either live-on-air or to live streams, apps, VOD, web or social media.” Moreover, the use of localised private cloud technology allows not only the minimisation of latency and bandwidth load, but also the creation of “smart channels that are populated with the content of either searches or linear playout of live material in the correct order, without the content moving anywhere else.” 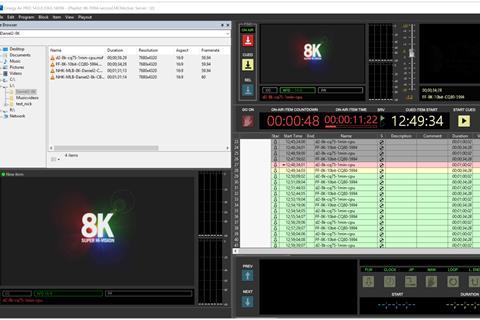 Ciaran Doran, executive vice-president of international sales and marketing at Pixel Power, positions playout within the frame of a broader trend towards “virtualised services which can run in the machine room, the corporate data centre or the cloud.” Hence the company’s development of products such as Gallium and StreamMaster, and the pursuit of a licensing philosophy that entails “each aspect of the functionality remaining the same, wherever that functionality is implemented. Broadcasters determine their own business case, and will make their own decisions on how to implement their own systems.”

But where cloud-based playout is desired, one frequent motivating factor is “the need to open pop-up channels, for instance around a major sporting event,” notes Doran. “The fully transferable licensing model means that – rather than adding to the risks of the pop-up channels by operating them remotely – stable and proven channels [can] be moved from the premises to the cloud, leaving capacity free for the pop-up channels to be spun up under the direct control of the engineers.”

Channeling playout
Amagi’s main offer in this area is the CLOUDPORT cloud-based channel playout platform, whose primary selling points including the leveraging of significant automation for processes such as playlist generation and quality checks for configurable parameters. As well as pre-recorded content, CLOUDPORT can also be deployed to manage live broadcast and is able to ingest content from multiple live sources.

Baskar Subramanian, co-founder and CEO of Amagi, says that until the past year “the biggest adoption for cloud-based playout was for dramatic non-live content, but now we are seeing increasing levels of interest in news and sport [playout] going over to the cloud as well.” He also indicates that in light of current events there will be more use of cloud as part of hybrid playout set-ups, including “for the purposes of disaster recovery when, for one reason or another, people are not able to get into their buildings to use the normal system.”

Subsequent to LTN Global’s acquisition of Make.tv in September 2019, the Make.TV Scheduling and Playout solution has been rebranded under the LTN moniker. Bryan McGuirk, SVP business development at LTN Global, pinpoints the ability to deliver services with a blend of pre-produced content and acquired live or near-live streams as being a key USP of its approach to cloud playout: “We are seeing a lot of demand [from content creators] who wish to combine live and recorded programming in a 24/7 environment in a way that allows them to monetise around the clock. [More generally] cloud playout is also enabling services to stay on the cutting edge without incurring capex-related headaches.”

Harmonic’s cloud playout efforts are centred around the VOS360 range, which includes the VOS360 Channel Origination & Distribution Platform. At press time the company had just announced a series of additions to the platform, including statmux support in the cloud, and the simplification of cloud playout workflows due to new partnerships for traffic management and playout automation. 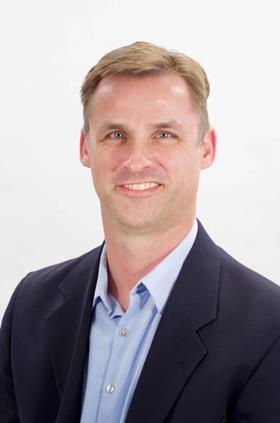 Andy Warman: “We can deliver you complete channels”

Indicating the company’s continued direction of travel, Harmonic director playout solutions Andy Warman says that “the core benefit [of choosing Harmonic] is that we can deliver you complete channels – not just a vertical slice of the full workflow. As customers gain [a better understanding of the benefits], we think that horizontal integration across the traditionally siloed workflows will become even more attractive.”

A note of caution?
Although most vendors are clear that cloud playout is becoming increasingly popular with their client bases, there are still a few expressions of caution. Alison Pavitt, marketing manager at Pebble Beach Systems, remarks that “in our experience, broadcasters are still evaluating the economic, logistical and technical benefits of transitioning to the cloud. And judging by the high volume of on-premises playout solutions that we install and commission – whether IP or baseband – it’s clear that this path is not one that every broadcaster or media company is ready to follow.”

With products including virtualised integrated channel solution Orca, Pebble says it is able to deploy solutions on premises, in the cloud, in baseband, or compressed or uncompressed IP. Pavitt indicates that playout flexibility will remain vital as each deployment will have to be shaped by the precise needs of the customer. Hence, she says, “it is important to examine the rationale for switching to the cloud. Is it really useful to have an infinitely elastic system for playout when playout is usually static? And how important is it to be able to scale within seconds? Agility is less of a benefit for fixed channels with pre-loaded content and static schedules, and it may be that the real wins from shifting to the public cloud lie more in the third party networking expertise and enhanced redundancy that the large cloud services offer.”

Evidently, it is an area of the market that is still in the process of being defined. But however individual broadcasters decide to move forward, they now have access to a significantly expanded array of options that allow them to implement cloud playout in a manner that closely aligns with their patterns of production.