As the industry casts its eyes beyond 4K, Adrian Pennington asks if VVC is the silver bullet that will enable 8K streaming

An 8K-ready badge will be the latest must-have accessory for products on the show floor this IBC. Among them will be solutions from Sony, Cinegy, SGO and Red. 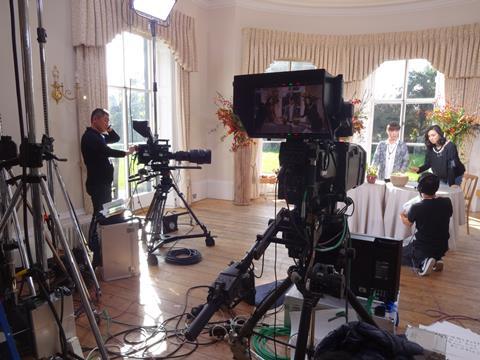 It’s seen as premature by some but the industry is turning its attention nonetheless to a future beyond 4K. Among them is the DVB Project which has completed a study into the next steps towards an 8K broadcast standard.

“The next big thing in broadcasting will be 8K resolution,” says Erik Otto, CEO at Mediaproxy, a provider of software-based IP solutions. “Some broadcasters are already looking at 8K transmission as the next step on from both HD and 4K.”

There are multiple pieces of the puzzle that need resolving from both content production cost and business model perspectives. Not least are doubts about whether consumers will discern the visual difference of a vastly higher resolution without a vastly bigger living room TV.

But the biggest stumbling block lies in distribution.

“Physical media is on the decline; people are not buying Blu-ray as much as they used to, they want to stream or download content,” says Insight TV CEO Rian Bester.

The 4K-only channel is expanding rapidly and is already shooting some productions such as Endurance: 24 Hours of Spa, either whole or in part in 8K to understand production challenges and to future-proof its catalogue.

“8K requires a lot more bandwidth and this presents an even greater challenge,” Bester says. “These hurdles will really hamper 8K’s foothold.”

The race is on to design a more efficient compression scheme to current standard HEVC that will deliver immersive media formats, like VR and AR, for which an 8K source is considered essential.

The frontrunner, and perhaps the only horse in the race, is Versatile Video Coding (VVC), a development of the Joint Video Experts Team and MPEG.

Currently under development, it is aimed at achieving up to 50% compression efficiency compared to HEVC while maintaining video quality.

“The one thing that stands out and will make the biggest difference, not just for 8K but for 4K, is VVC,” says Bester. “It is the silver bullet that is really required to drive things forward because whether the content is 4K or 8K, it addresses the bottlenecks like CDN costs and the bandwidth required to deliver. If it can do that without deteriorating the quality then that is the silver bullet that we need.”

Thomas Wrede, VP of new technology and standards in the video business unit at satellite operator SES agrees: “For an economic broadcast of 8K television the industry needs the new VVC codec.”

NHK’s commercial 8K service uses 100Mbps, but recent trials have shown live sports content at 85Mbps and VoD at 65Mbps. Content-aware encoding, a system which examines the video source and optimises encoding at playback, can reduce the bitrate for OTT delivery to between 30Mbps and 35Mbps. Those are the bitrates that were measured and demonstrated in public, at the French Open in a demonstration organised by France Televisions, Orange and vendors including Harmonic.

“A new codec like VVC will decrease the bitrate by half, but we will have to wait until 2020 when the MPEG specification is finalised and then 2022 to see it implemented in the first devices,” says Thierry Fautier, VP of video strategy at Harmonic.

Supposing that VVC does hit is 50% target improvement over HEVC there remain doubts about its cost to the user community. 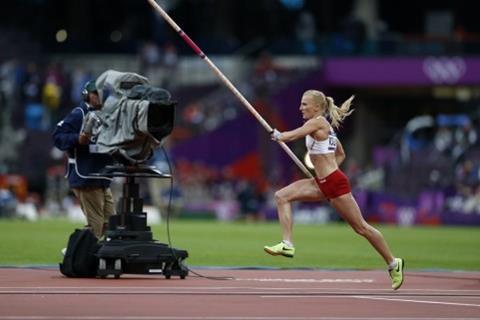 Since VVC is an evolution of standards and technologies already used in HEVC and other codecs it will not come for free. There are concerns that VVC will be equally burdened by royalties and patent pool opacity as HEVC.

What’s more it is highly unlikely that UHD-2 – the ITU specification for 8K – will be treated purely as a higher resolution format.

Far more important for most pundits, is a mix of attributes of which resolution is one designed for immersive experiences such as personalised broadcasts to mobile devices (where the user can pan and scan within the 8K content) and free viewport (such as Intel TrueView).

Top of the list is High Dynamic Range but this also includes higher frame rates (up to 120p) all of which push up bandwidth requirements.

Display devices need upgrading too with HDMI 2.1 a prerequisite to take 8K 120p content from a player device to the screen. Only the 2019 flagship TVs from brands like Samsung currently support this.

“We need to agree on a standard for 8K… that includes support for IP delivery via all type of networks on all devices” Thierry Fautier, Harmonic

It is likely that 8K will start with satellite using the DVB S2X standard for optimising the transponder throughput then will quickly move to IP delivery to connected TVs where OTT providers see the format as a market differentiator.

“We need to agree on a standard for 8K,” urges Fautier. “Japan has done that for broadcast applications (for Super Hi-Vision via NHK), but a standard is needed that includes support for IP delivery (VoD and live) via all type of networks, including 5G, on all devices, including TVs, smartphones, and tablets.”

The entire end-to-end ecosystem needs to improve technologically for 8K to become viable en masse. IBC2019 will show that work has already begun.