Sports broadcasting: How media companies are innovating to plug the content gap

As major sports return following postponement due to coronavirus restrictions, Ross Biddiscombe looks at how broadcasters and OTTs have bridged the gap in sporting content. 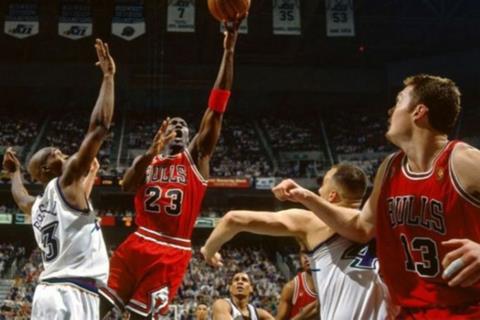 The Covid-19 lockdown that took live sport off the world’s television screens for two months or more has prompted plenty of broadcasting innovations to fill the schedules of sports channels. And these ideas of how to make compelling TV during a pandemic have been vitally important - particularly for the pay TV sports broadcasters and streaming services - to slow down the inevitable churn and losses of advertising revenue.

Channels have rushed into the sporting archives, they have focused on in-depth interviews via the video conference platforms and emphasised sports documentaries, all in a reasonably successful effort to maintain as many viewers and subscriptions as possible.

“The coronavirus has left us in a tough economic climate and a very tough advertising market,” said sports consultant Stephen Nuttall. “Subscription sports channels are far from immune and so broadcasters have had to work hard and think fast to keep the interest of fans.”

According to Ampere Analysis, churn rates in the UK for pay TV channels have shown only a slight rise, mainly because broadcasters like Sky Sports have allowed subscribers to pause with payments until live sport returns. But that did not help create replacement programming.

At the start of the lockdown, sports broadcasters took heart when the Netflix documentary The Last Dance (about the final season of Michael Jordan’s career with the Chicago Bulls in the NBA) notched over 28 million views. Suddenly, there was a possibility of large audiences for alternatives to live sports action.

“The coronavirus has left us in a tough economic climate and a very tough advertising market,” - Stephen Nuttall

Meanwhile, the NFL grabbed 55 million viewers over three nights of its annual draft across its four broadcasting partners, ESPN, ABC, NFL Network and ESPN Deportes. The NFL’s 32 teams broadcast on the Microsoft Teams communication platform, choosing the best of last season’s college football talent in a virtual show instead of, as planned, all being live in an auditorium in Las Vegas. The opening night’s viewing numbers of over 15 million was 37% up on last year’s figure and there was a 16% increase compared to 2019 across the three nights of the broadcast.

Instant replay
In the UK, Channel 4 scored a success when production company Final Replay and Whisper put together a replay show of the 1966 World Cup final. The production company worked without a fee as well as covering the majority of its own costs as the show raised money for a coronavirus charity. With hat-trick hero of ’66 Geoff Hurst actually commenting during the re-edited game highlights via Zoom, the programme was a highlight for English football fans starved of their national game. 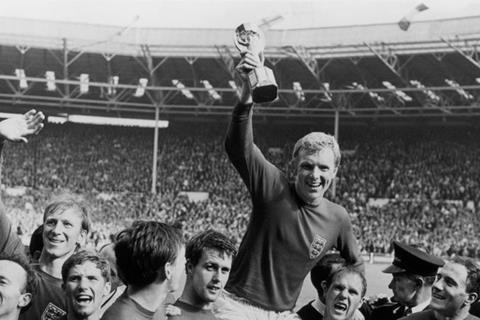 “We’ve all had to be inventive, creative and determined,” said Barbara Slater, BBC director of sport, during an SVG Europe video conference. “It’s a complicated world now, but we’ve had to adapt.”

Slater’s sporting output on the BBC during the pandemic has been laced with replays of World Cups and Olympics, but there has been an unexpected silver lining - the English Premier League decided to allow the BBC to screen some of their games live and free-to-air for the first time ever.

Elsewhere, the PGA Tour coverage in America worked with Twitter to introduce guest commentators such as famous musicians and other sports stars; BT Sport launched a ‘Watch Together’ feature for its Premier League broadcasts that enabled subscribers to see and chat with friends in a split screen; and La Liga in Spain was the first football league to introduce virtual fans and fake crowd noise to live broadcasts from closed-door stadiums.

But while a few innovations and a raft of cheap-to-produce archive shows have held fans’ attention, there is going to be a funding backlash - the cost of setting up new working practices for live broadcasting staff and equipment is not cheap.

Stephen Nuttall believes production budgets will now come under much more pressure. “There will be budget reductions for live sports and also efficiencies as broadcasters become more selective. It’s inevitable that they will spend more carefully.”

The new reality will mean fewer staff being employed in the post Covid-19 sports broadcasting world. Slater says that, when normality returns, remote working will be the key and staff will only travel to a live game or tournament if it is absolutely necessary.

“Top of the mind will be how TV production staff can work safely,” she said. “We’ll have minimum numbers of staff on site for live events, lots of people working from home or from their offices which will have been made safe. We’ll build screens in OB trucks where staff have to work closely with each other and there will be enhanced cleaning of all the equipment. Plus, we’ll have everyone wearing masks and making sure they’re social distancing.”

She says other changes would include more commentators working off-site, even from home; OB units no longer offering food to staff; and there would be less on-site support for talent such as make-up or wardrobe staff.

Slater sees the innovation for live sport having to continue. “Remote working is the key, not necessarily cutting cameras. We will cut down things like travel, dead time and commuting. Audiences understand and will expect compromises, but we must still provide a top quality programme.”

Meanwhile, in the OTT marketplace, global service DAZN also switched to archive and video interviews to hold its subscribers in place while all 108 remaining games in The Championship - the second tier of English football - were being made available on the league’s own iFollows streaming service. 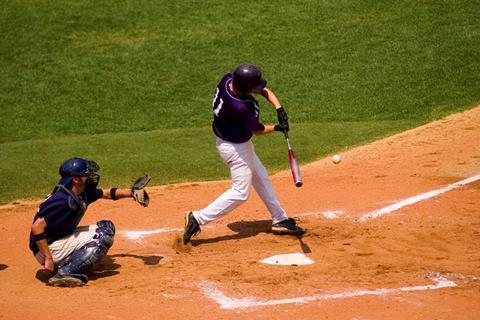 Innovation: With advertising revenues down new ideas are needed to increase revenue

Broadcasters play on
Although OTT is surviving the pandemic alongside pay TV rivals, the sports TV analysts do not believe this is the start of a mass retreat from pay TV broadcasting options.

In the UK, Stephen Nuttall sees changes to income streams for broadcasters rather than an increase in OTT platforms. “It’s not just that sports broadcasters have had to innovate on-screen during the pandemic, they’ll have to look for different ways to fund their channels.” That could mean the introduction of private equity or other partners.

Then there is innovation needed in advertising and other commercial areas. For example, Major League Baseball (MLB) is planning to add six new virtual signage positions on and around its ballparks. This augmented reality (AR) signage points would most likely include the pitching mound and behind home plate above the traditional rotational signage.

A commercial re-think is necessary because even the biggest sporting events are not immune as the financial health of sponsors is a growing concern. The postponed Tokyo 2020 Olympic and Paralympic Games is just one example. Two thirds of the domestic sponsors are undecided about whether to continue their support into 2021, according to a new poll conducted by Japanese public broadcaster NHK, and around the same number (68%) have suffered financial difficulties owing to the Covid-19 crisis.

“We’re undertaking root and branch reform, liaising all the time with governing bodies” said Slater, “and the pandemic will affect the way we operate for years to come.”