All in the game: using render engines to create virtual sets

Barbie’s video blogs are probably not on your YouTube favourites list, but they are part of an important trend which is rapidly snowballing: the use of gaming render engines to create broadcast and online material, quickly and very cost-effectively.

Camera tracking specialist Ncam demonstrated the possibilities at NAB in 2016 when it showed live, real-time interaction between visitors to its booth and a photo-realistic Maclaren car. 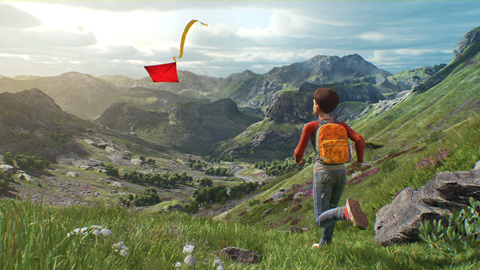 Since then, pioneers like Canada’s Groupe Média TFO have seized on the technology to boost productivity and creativity.

TFO is a not-for-profit broadcaster and online publisher, particularly of material for children. Faced with the expense and creative limitations of building fixed sets, it decided to look at creating virtual worlds. Turkish company Zero Density proposed a solution based on the Unreal engine from Epic Games.

The result is LUV, the Laboratoire d’univers virtuels:

“It can generate in real time very sophisticated virtual elements including fire and water. Shadows cast on the real set are reflected in the virtual environment, and if a virtual cloud passes across a virtual sun the shade follows naturally.”

The Unreal engine has been around for close to 20 years and in that time has built up a very devoted band of enthusiasts. The source code is available free, so there are many designers creating sets and making them available at low cost.

“Where once we would have had to commit $100,000 on a single physical set, we can buy one from the Unreal community for between $15 and $50, download it and use it instantly – from first idea to shooting in the studio in minutes,” Minoli explained.

“If the writer needs a very specific scene then it can be designed in house, using standard desktop tools, in a couple of hours.”

This speed was also a big part of the appeal for Californian production company House of Moves, when it won the contract from Mattel to create Barbie the Vlogger.

“They wanted two episodes a month,” said the company’s Brian Rausch. “It means we can make the vlogs topical and talk about stories in the news.”

For the recent New York Toy Fair, House of Moves used the resolution independence of the Unreal engine to create 11 shots, with 50 different variant looks, in 8K. Like TFO, House of Moves achieves all this with the Unreal software engine running on a single standard computer.

NAB this year saw a number of other vendors joining Zero Density, including Ross Video and Vizrt.

One particularly impressive demonstration was the game show Lost in Time, developed by production company The Future Group for Fremantle Media and Discovery Networks Norway using technology from Ross Video. It puts teams of players into virtualised worlds where they carry out stylised warfare.

The opportunities brought about by bringing gaming display technology into production are exciting, including connecting traditional television with mobile games and digital advertising, creating an immersive experience.

For others it will be seen as an enormous boost in productivity.

TFO’s Minoli pointed out that realtime rendering of the virtual elements mean that post production is virtually eliminated. “As a result, we are now generating as many as 40 completely different short videos in a single day from the single green screen studio.”