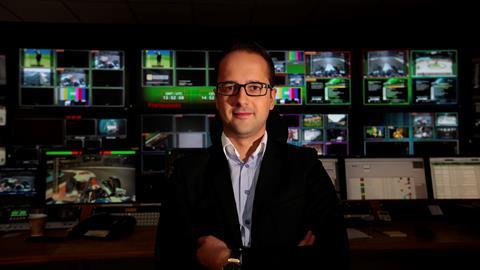 From building new playout centres to strengthening MTG’s triple play offering, Bartek Gudowski explains the priorities of a modern CTO and why cyber security is a global issue.

When MTG Chief Executive Jørgen Madsen Lindemann set out his vision for the future of MTG  he described how the broadcaster is embracing new distribution technologies and catering to new audience appetites and trying to woo younger viewers. 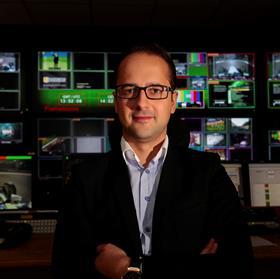 Senior Vice President of the MTG Group and CTO of MTG Technology Bartek Gudowiski is part of the MTG leadership team tasked with realising that vision.

Five and a half years ago, Gudowski took on the role of CTO for the division in charge of billing and playout in addition to his existing responsibilities. He is now heavily involved in mergers and acquisitions, adding broadband services and decoupling some of the European broadcast businesses from the Nordic businesses.

Gudowski’s day-to-day working is focussed on business and technology transformation. “One of the key operational projects we’re doing is concluding the migration to MP4,” Gudowski says, “replacing MP2 boxes in the field to free up satellite space for UHD.” Viasat’s UHD service is the first of its kind in Europe. UHD coverage of the 2018 Winter Olympics was the kick-off. “We’re now looking at all the sports rights we have and seeing how we can enhance those services,” he says. “The space that’s been freed up on the satellites is allowing us to focus more on UHD.”

As part of his focus on transforming the business, Gudowski is deeply involved in looking at structural development and divestment. For example, he oversaw the building of a new playout operation in London and managed to grow the business at the same time, and the company is now looking to sell it to a partner.

MTG is also working on expanding broadband delivery, particularly in the Swedish market. “We want to strengthen our triple play offer,” says Gudowski. “Regulation in Sweden opens up to new players in that market.”

Modern Times Group
Modern Times Group (MTG) is a Stockholm-based digital entertainment company who have a number of free-to-air, subscription, and digital channels in Scandinavia. They operate the Viasat satellite network in the Nordics, and run a number of advertising supported free-to-air channels in Sweden, Norway, Denmark, and Bulgaria. Viasat has recently launched Europe’s first UHD channel. They also own a number of radio networks and have made substantial investments in an eSports division.

Helping to improve customer support also falls within his remit. “We are working on developing AI for customer support,” he says. “Using it to automat responses for highly repetitive support questions. Also, using AI for harvesting and chunking technical support issues that show up.”

His team covers the management of playout, outsourcing, partners, and billing. The overall technology organisation is made of around 150 people, down from a high of 400. The reduction has come from outsourcing and divesting over the past three years. The prime focus for the workforce is on streamlining and efficiency.

Challenges
Gudowski views IT security as his biggest challenge. “It is a global issue,” he says. We have to have to deal with software from a variety of suppliers, who have different approaches to security.” There are also challenges with contribution lines from around Europe.

“That adds tension to the stability of the platform,” Gudowski says. “Satellite operations are pretty stable. That’s a traditional business. The only tension is around when they are launched.”

“Software stability is always a challenge,” he adds, “but we are handling that pretty well.” 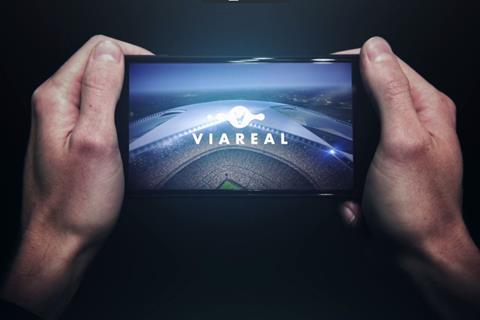 According to Gudowski, MTG is in the middle of a long period of transformation projects that began around two years ago. They are divesting key assets in playout, selling to partners who have that as their core business. “This allows MTG to focus on building the business, not running playout,” he says.

MTG is looking at VR and 360 experiences and exploring a few verticals in this area – for example the Olympics, and the Champion’s League. Gudowski explains that the company is trying to learn how these technologies will play out in the future. “How does it drive retention for consumption?” They are looking strongly at VR in the area of e-sports. “We are trying to see in which vertical VR brings more value to the experience of traditional TV,” he says.

The company is also closely evaluating Android TV. Gudowski belives that the Android TV plaform has the potential of enabling substantial enhancements of apps and other adjacent services as well as reaching a larger user base around the world.

His involvement in transformation goes beyond broadcast systems as well. “We are in the process of implementation of a new ERP system on a group level,” he says. “Replacing older systems and manual procedures, helping the organisation become more efficient. I’m involved in the technology implementation, working along with Finance who are optimising the workflows. Optimising capacity has made a big difference in headcount,” he says.

Read more How big is the e-sports opportunity?

Dynamic organisation
As to what excites him about his job, “MTG is one of the most dynamic companies – investment in e-sports, the willing to cannibalise its own business with things like OTT – there’s strong entrepreneurship drive,” says Gudowski. “It’s also a lot of fun implementing these projects.”

“MTG does not want to protect the old fashioned ways of doing things at the expense of growing the business,” he says. “We are trying to keep up with the way audiences are changing – like the trends of people getting into gaming and e-sports. We’re investing a lot of money in that area.:

Gudowski says that MTG are making a big bet on full OTT delivery with its Viaplayer service. “We believe that all live TV will move to OTT. This will open up the market substantially in comparison to traditional broadcast,” he says.

He believes that the application of AI in customer service will make it far more efficient and better for the customers by making it faster and more responsive. It will also enable problem tracking to help with quality assurance.

“We are trying to keep up with the way audiences are changing - like the trends of people getting into gaming and e-sports.”

He’s a strong believer in the use of machine learning for recommendation engines – in order to scan content to build recommendations based on viewing habits to create a more personalised viewing experience.

And for the wider business, MTG are looking at integrating mobile telephony to its offering by becoming a MVNO. 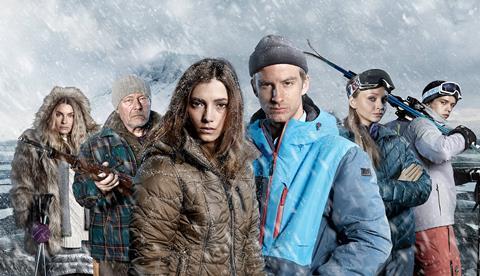 Industry view
Gudowski weighed in on several issues facing the wider industry. “There is some protectionism in the industry to avoid cannibalism, particularly in the advertising space,” he says. There is big competition coming from YouTube, and this is changing the KPIs regarding advertising effectiveness – how will that change things?”

“We’re seeing a shift away from social media now and we’re looking for other ways to engage viewers,” he says. “Facebook recently announced a decline in usage. There is a shift to move more toward privacy and people are trying to move away from exposing their lives,” he points out. “We see a desire to tailor experiences that are more personal and private.”

His view is that big data is not necessarily a positive way of analysing people. “We are looking at more private services to give a personal experience,” he says. “This will open opportunities for broadcasters to engage with audiences who have been pulled away by social media in the past.”

He is also trying to learn from the experience of media piracy. “The Nordics have been fairly affected by piracy,” he points out. “Because of this, the young generation have lots of alternatives because regulation is more open to it compared to other territories. In order to reach younger people, we try to have younger staff to develop products to reach young people.”

According to Gudowski, MTG is working to understand where the changes are happening and how to get there by launching services or acquiring companies.

He feels that UDH is going to be interesting. “We have lots of interesting usage statistic from what we’ve been doing,” he says. “Quality of image is going to be an advantage. UHD doesn’t’ make a difference for everything – movies, series, etc. It helps protect against piracy by offering a better experience.”

Bartek Gudowski
Gudowski holds a MSc in Electronic Enginering from KTH, The Royal Institute of Technology, and worked on projects for Ericsson, and the Nobel Foundation during his studies. He also worked as a project manager for FramFab (Swedish for Future Factory) an early dotcom startup. He joined MTG upon his graduation in 2003, where he started as a management trainee.

Shortly after joining the company, he became a project manager for MTG Technology. In 2006, he became the COO for the technology company. A year later he was named the CEO of MTG Broadcast Center - the company that runs satellite services and the MTG broadcast centre - as well as the studio business within the Swedish entity.

During his seven years in the role, he oversaw the introduction of PVR services to the Viasat platform as well as the introduction of OTT in the form of the Viaplay online premium subscription service. At the same time, there was a great deal of international expansion for MTG with the launch of services in Russia and Africa. During that time, the company grew from 40 to 385 channels in total.