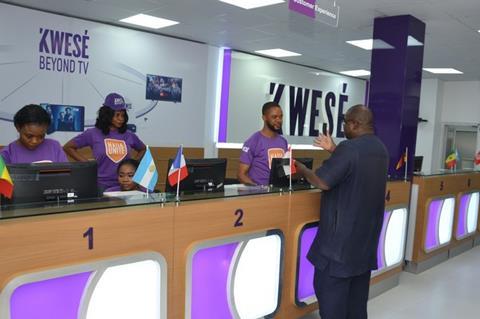 Econet Wireless has said it will shut its African pay-TV arm Kwesé due to economic issues in its home country of Zimbabwe.

Group CEO Douglas Mboweni blamed Zimbabwe’s economic downturn along with problems caused by the country’s decision to switch from a multi-currency system to a local currency that led to soaring inflation.

“We regret to announce the discontinuation of Kwesé TV Satellite Service with effect from 5 August,” Mboweni said in a statement on Sunday.

“The third-party content providers on whose content we rely require payment in foreign currency,” he added. “With the prevailing economic conditions in Zimbabwe, and the current business operating environment — characterised by an acute shortage of foreign currency — sustaining Kwesé and Kwesé Satellite Service was no longer viable.”

Kwesé was launched by Econet Media – which is owned by Zimbabwe’s richest man Strive Masiyiwa in 2015 and offers sports and entertainment services across a dozen African countries. It also offered a Roku-based VoD streaming service, Kwesé Play which was launched in 2017.

Last month, Kwesé TV entered voluntary administration, appointing Ernst & Young to manage the process, which includes paying any creditors. Reports claim its debt was as high as $130 million at one stage.

In November, Econet abandoned its premium pan-African service to focus on its free-to-air offering and mobile streaming services, just 18 months after launching.

The decision raises questions about Econet’s South African operations, where in March it was licensed by the Independent Communications Authority (ICASA) to act as a broadcast rival to SABC and e.tv. Econet owns a 20% stake in the service, which will be called Kwesé Free TV, alongside Royal Bafokeng Metix, which has a 45% stake, and Mosong Equities which owns the remaining 35%.