While it was obvious that it’s evolution, rather than revolution, which took a front seat throughout Halls 10 and 11, it was just as clear that new technologies are leading the industry forward. 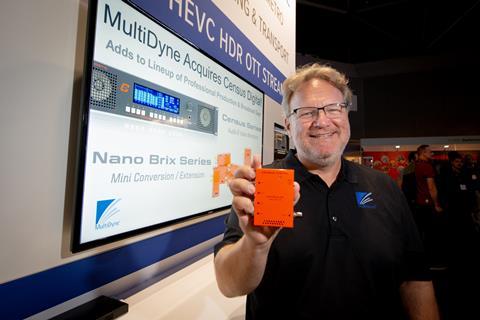 Frank Jachetta, chief executive at MultiDyne told us that IP has a lot to offer, both as a multiplexing scheme and a pure transport medium.

“The front lines of content acquisition are still mostly baseband,” he said, “but IP is increasingly coming forward from the studio or the truck; throughout 2020, we will continue to see IP coming more to the forefront of live production as the next generation of technologies mature and adoption grows.”

Skaarhoj chief executive Kasper Skårhøj concurred, adding that answers are increasingly coming from software advances; his company, which makes universal control surfaces, has, he said, “had increasing interest from camera manufacturers, leading to specialisation and collaboration between vendors.”

The first word that came to TinkerList’s chief executive Erik Hauters was ‘dematerialisation’, and the need for more dedicated software and fewer machines. “To make production cheaper and teams smaller, processes in TV production will have to be automated to be more cost-efficient,” he said. “This shift in the way we work is also due to the upcoming popularity of remote production. A final trend is sustainability and optimising TV production to go green and reduce waste. Digital tools and cloud-based content to work paperless are a result of this.”

Human-machine encounters should not be just static transactions, according to Simon Jones, managing director at Densitron, but should provide more direct, scalable, and configurable control. “Control devices in studio, production, and OB facilities are traditionally populated with physical buttons, dials, and switches. But the emergence of a new generation of operators who are more at home interacting with smooth, impact-resistant glass surfaces has thrown up some challenges, and significant opportunities.

“As more and more people experience the ability to make a virtual button, dial, or switch feel like a real one, the blend of past, present, and future display and control possibilities with such technology is a compelling proposition that will continue to gain traction.”

“2020 is the year that 5G and immersive content collide,” Fay Wong

IP standards
The Join Task Force on Networked Media’s JT-NM Tested programme marked a new high point in IP standards-based interoperation for Bob Boster, president at Clear-Com. “These developments have been unfolding in a relatively quick period of time from a regular technology development standpoint,” he said, “and the broadcast industry is getting closer to a level where full deployments on a standard-based IP platform can be fully functional and complete – even if there are still a number of esoteric ‘edge case applications’ which might need to be addressed.”

The next ‘big’ thing for Erik Kampmann, head of sales at CyanView, is set to be 5G, but, he said, we’re not there yet, and nor will we be even in 2020. “Virtualisation is also getting big,” he commented, “and IP remote productions are now becoming standard.” He added that he is “very curious to see how the Olympics in Tokyo will be produced and how host broadcasters will integrate the different workflows, especially EuroSport.” 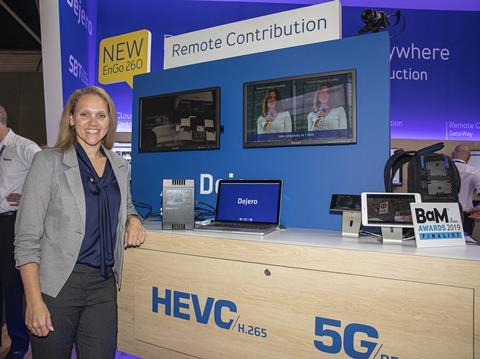 Yvonne Monterroso, director, product management at Dejero agreed, adding that she also expects to see 5G take the lead for many broadcast industry-leading conversations over the next year. “5G promises faster data-transfer speeds, lower latency, and improved loT connections, offering significant performance improvements, particularly in situations where mobile phone networks become congested, such as at live events, political rallies and breaking news coverage.” She envisages a future where 5G will enable experiences that were only once possible using fixed lines.

Fay Wong, PR Manager at Insta360 thought that things would happen sooner than others imagine: “2020 is the year that 5G and immersive content collide,” she said. “The hype has been building for a while, but we are now working with partners who have incredible projects in store. Being able to easily stream live events – from concerts to sports matches to breaking news – in ultra-high-resolution VR is going to change the events industry.” Her company also sees 2020 as the year that reframing 360 video – capturing every angle of a scene and then choosing the best shots later – will go mainstream and start to penetrate the film, television and broadcast industries as a creative technique.

Meanwhile, high dynamic range (HDR), which has long been seen in mobile phone cameras, will continue to be a driving feature included in studio-grade reference displays, according to Marcel Gonska, director of business development, EMEA, at Portrait Displays. 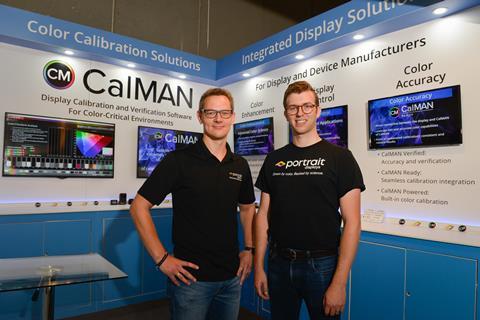 “Colour professionals are seeking displays that include HDR accompanied with excellent colour accuracy,” he said. “Throughout the upcoming year and beyond, we expect to see more manufacturers announcing displays that support HDR utilising different types of display technologies. HDR will also continue to make its way into a growing number of consumer-focused displays, broadening the ability for colour professionals and ‘weekend warriors’ alike to create amazing content at very attractive price points.”

Silver Liu at Esdlumen looked back before she looked forward, pointing out that in the past few months of 2019, the LED screen industry had a stable increase, especially in small-pitch, shaped, and other functional screens. “In the next few years, these kinds of screens will have a qualitative leap,” she said. “As the pixel pitch of LED screens becomes smaller, they can offer a higher resolution in a smaller size, so that 4K and 8K can be easily spliced.”

At present, the smallest pixel pitch her company offers is 0.9mm, and she predicts it will reach 0.6mm in the next year or two. “The primary problem of small-pitch LED screen is how to reduce the cost when it reaches a smaller pixel pitch,” she said. “Shaped screens and functional screens are the other two fields that have great development potential. These will be mainly reflected in people’s visual experience and interaction. Due to the rapid development of intelligent technology worldwide, some AR, VR, and other popular technologies will be integrated to provide a better user experience.”