The broadcast and media technology market global revenue grew in 2016, with products and services reaching $50.97 billion.

The rise in revenue follows a significant decline in 6.3% of total broadcast and media technology revenues recorded in 2015.

Overall market revenues in 2016 reduced to figures last recorded in the 2010-2011 annual cycle, however, the aggregated revenues across all media technology products and services in 2016 was up 2.3%.

The results were published in the 2017 Global Market Valuation and Strategy Report (GMVR) produced by IABM DC, a joint venture between IABM and Devoncroft Partners publishing the annual market segmentation, sizing and forecasting reference for the media technology sector.

IABM DC revealed upon reviewing these results the gap between products and services continued to widen through 2016, a trend that first appeared in 2011, see: Figure 1.

IABM Chief Executive Peter White said: “The static overall market reflects the change to new business models and the change in product mix that the market is going through at present. 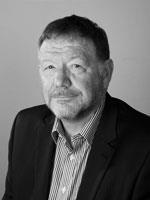 “While the overall revenue potential of projects is reducing as software becomes the norm, their profit potential increases because of much lower material costs for vendors.

”We cannot compare the present-day industry with the one we were in even five years ago; this is a new market with plenty of opportunity for innovators.”

GMVR published significant market opportunities for workflow orchestration, which grew in 2016, OTT managed services increased by 17%, and the market for IP routers also continued to grow at a CAGR of 16.06% between 2012 and 2016.

While IP has yet to translate into a major spending driver for end-users, with all parts of the industry now working together on interoperability initiatives and with new, common standards and codecs coming online, the move to IP-based infrastructures is now beginning to gain momentum, as demonstrated by end-users buying intentions revealed in the latest IABM End-User Survey.

Although normal industry cyclicality and exchange rate fluctuations play a role in the newly published figures, a variety of other factors continues to impact the market, including:

Devoncroft Partners CEO Joe Zaller added: “The GMVR provides invaluable insights into the shifting structure of the broadcast and media technology market that will be of benefit every company operating in the sector.”

The report identified the shift from technology-driven change to business-drive change, “technology is only one component of the business transformation process for media companies, and today it is a means to an end, rather than an end unto itself.”