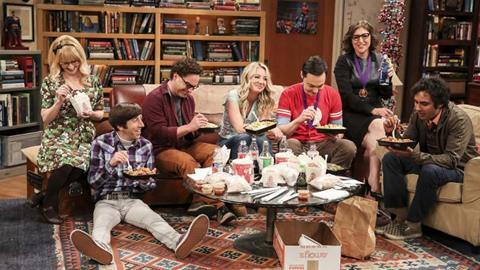 Charter Communications: Upgrading existing HBO customers to Max streaming services where they can enjoy shows like The Big Bang Theory

Charter has revealed it will upgrade its existing HBO customers after signing a deal with AT&T’s WarnerMedia for its upcoming subscription streaming service HBO Max.

Charter Communications, the second largest cable distributor in the US will give its existing HBO subscribers free access to WarnerMedia’s HBO Max streaming service, which is set to launch next month.

The deal with Charter expands the potential launch scope of subscribers for the newest streaming service entering the market in an agreement similar to Disney’s deal with Verizon, struck ahead of the launch of Disney+.

The $15 a month service had previously been confirmed as available to all of AT&T’s pay-TV subscribers to HBO via DirecTV.

In February, HBO Max set out a deal with YouTube TV, in the form of an internet-delivered bundle that will carry HBO Max as an add-on option for its subscribers.

Executives at the firm have been optimistic about securing various distribution deals ahead of the launch and it will be critical to drive the subscriber acquisition to achieve its goal of 75 million to 90 million global subscribers by 2025.

WarnerMedia Distribution president Rich Warren said: “Charter has been a long-time distributor of our networks and on-demand content, and a valued partner to our company.

“We look forward to working together to bring HBO Max to Spectrum subscribers when the product launches next month.”

HBO Max is set to debut with 10,000 hours of curated content and a slate of programming that aims to offer something for everyone. It will be anchored by the HBO service but will also include a series of new original programmes, family-favourite series and films from across the WarnerMedia library.

Charter Communications executive vice president programming acquisitions Tom Montemagno added: “We are eager to provide Spectrum customers with the highly-anticipated HBO Max offering when it makes its debut next month.

“This new premium streaming experience will be a welcome addition to Spectrum subscribers; we will offer HBO Max on a multitude of platforms for purchase by our video, broadband and mobile customers alike.”