Dolby and the BBC have led the development of two very different standards for creating an HDR image.

The benefits of high dynamic range fit less easily in a simple slogan than an increase in picture resolution, but many in the industry believe HDR to be a bigger leap in TV technology than the move from SD to HD.

Dolby’s PQ (Perceptual Quantisation) Curve and the BBC/NHK-led HLG approaches to HDR are the front runners and both are supported by the latest DVB-approved UHD HDR specification. As they cater for different applications, they will both be important.

Current HDR TV sets don’t support all the standards, but displays to be launched this year do support HDR 10, Dolby Vision and HLG, so that should become less of a worry as the technology progresses. 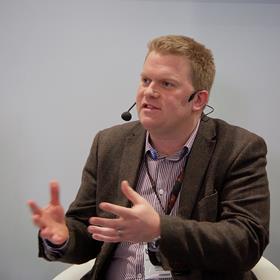 Dolby started looking at HDR delivery more than a decade ago, studying what the eye could perceive and what needed to be delivered to capture a more natural look.

That work resulted in PQ - SMPTE ST.2084 - “which ensures that when you display it, it looks accurate,” explained Simon Gauntlett, Director of Imaging Standards and Technology, Dolby.

“That is the foundation for the majority, not all, of the high dynamic range solutions that we have.”

It forms the basis of HDR10, which “isn’t actually a standard, but it has been adopted by the industry as a sort of pseudo-standard. It uses the PQ curve, it has 10-bit video and it has what’s called static metadata. So, there’s some information that runs alongside the video that says ‘the average brightness of this piece of content is’ this, ‘and the peak brightness is’ this.

”That then allows the display to show that content knowing what the peaks and the troughs are going to be, and optimise it for that screen. That is what is used currently in a lot of OTT services delivering content in HDR10, and is the basis for the UHD Blu-ray standard,” said Gauntlett. 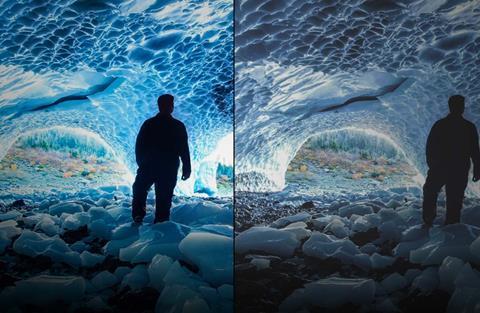 Dolby Vision, which is available on a wide range of TV sets and even on LG’s latest phone, provides dynamic metadata which can be for each frame but is usually for each scene.

“That allows for a much more dynamic rendering of content on display, which allows you to give you a better visual experience,” said Gauntlett.

The problem with metadata is that it has to be added to the picture, which is not ideal for live production, as that can add delay, which is why the BBC and NHK opted to look for a simpler approach based on current broadcast tools and working practices.

Peter Wilson, Founder and Managing Director of consultancy firm High Definition & Digital Cinema has been working closely with the BBC on HLG. He described it as a scene-referred system.

“That means you’re not particularly looking at the monitor,” he told delegates at BVE.

”Just like a director of photography would look at a light meter and light the set because he couldn’t look at the film until the next day, HLG in capture is rather the same.

”In a live broadcast situation you use the waveform monitor to set your exposure, and the waveform monitor gives you a good idea of your highlights and your average picture level, and then it is very easy to process through the system, because it is a relative system, which is the same as we use today in television, rather than an absolute system.”

It means that there is no need for metadata to tell you where you are.

“With PQ you set a channel brightness, say: 1,000 Nits or 2,000 Nits, then you have to normalise everything that comes in to the output channel brightness. With HLG it’s basically adaptable, and a key issue is that HLG has a transform that is a joining together of effectively the gamma function that you understand and the quasi log function used for a long time in DPX and other systems.

”The very key point for HLG is that there is a formula in the standard and there are plenty of standards now that cover HDR which now use PQ and HLG at equal weight.

”This formula allows the TV set manufacturer to compensate for the brightness of the television. Also, and this is an important point for the future…it allows you to put a compensation factor in for the ambient illumination.

”The other system is based on absolute brightness and there have been complaints that if you take it from a grading suite and put it in a living room, you have to manually turn up the contrast and brightness, but with an HLG set that’s part of the philosophy - it’s effectively an adaptive philosophy.”

“The BBC believes that for the packaged media market, such as HDR Blu-rays, the train’s already left the station. They are going to be PQ for probably the foreseeable future, but when you are trying to work on a live broadcast, such as sports, it becomes very important to be able to accommodate all the different systems and sources without having to particularly grade for a particular brightness.”

“There is some misunderstanding surrounding PQ and live production” - Simon Gauntlett, Dolby

Besides, broadcasters don’t want metadata in production, “because you imagine what happens to metadata in the middle of a DVE or a mix or dissolve or a wipe, it gets screwed up. HLG is transmissible straight from the back of the switcher, whereas the other systems need to have boxes […] which gives some latency to generate the metadata for the receiver.” 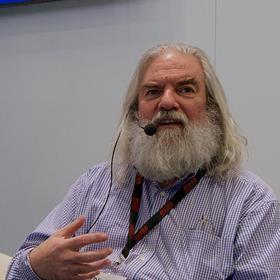 Wilson believes that packaged media will stay with PQ for some time, but for live broadcast or running a 24-hour channel “it is much easier to use HLG, because the incoming elements can be a bit more flexible than the other way round.”

However, “there are a lot of competing arguments over some of these formats,” added Gauntlett.

“There is some misunderstanding surrounding PQ and live production. You can absolutely do PQ and Dolby Vision for live production, and that metadata you don’t have to deliver through the entire chain, you only have to generate it at the end, particularly if it is a dynamic metadata system. So, actually, you can just analyse the signal at the point of delivery and then add in that dynamic metadata.”

Fortunately, both approaches are acceptable as part of the proposed ITU BT.2100 standard, which incorporates such things as the Dolby ICtCp colour space (applicable to either PQ or HLG), as well as both narrow signal range and full signal range characteristics - for either broadcasters, who require some headroom above and below the signal, or movie makers, who can take advantage of the full signal.