How Sky Sports built avatars for The Hundred coverage

Sky tells IBC365 how – and why – it created a range of ground-breaking avatars to boost its coverage of new cricket tournament The Hundred.

Billed as a world-first in broadcasting, the avatars of leading cricket stars such as Jos Buttler, Moeen Ali, Heather Knight and Ben Stokes have been created using motion capture technology to enhance Sky’s TV coverage. 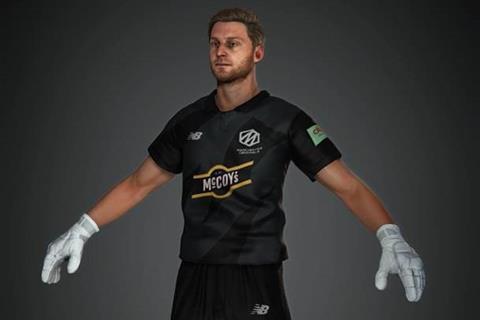 The avatars are also available for fans to download and use at home as augmented reality experiences via The Hundred and Sky Sports apps.

Speaking to IBC365, Sky Sports director of cricket Bryan Henderson says the cricket stars are being “gamified” as avatars to attract younger audiences.

The ambition is to make cricket more accessible and interactive, and so win over new fans. “Everybody is invited to this competition, nobody is excluded. The whole point is to try to future proof the sport and to engage a newer, wider and bigger audience,” says Henderson.

In fact, the avatars are just one of a number of tech innovations that that Sky is rolling out for its coverage of The Hundred, which itself is designed to draw broader audiences into cricket (see box below).

Bright, bold and colourful graphics are also being employed for The Hundred to attract and engage viewers. Sky is also playing out all of the women’s games and nine of the men’s games on its free to view Sky Cricket YouTube channel, rather than putting the competition entirely behind a paywall. Sky Sports is also producing The Hundred remotely, and is basing roughly half of the 100 production staff for the competition out of Sky in London. 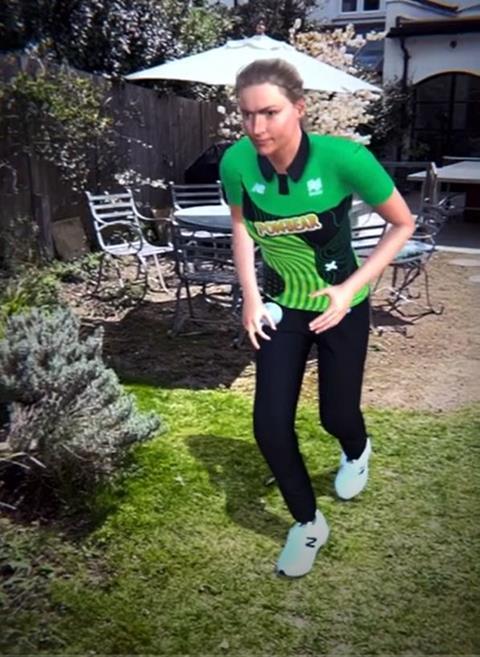 The avatars themselves will play out on screen as augmented reality images to complement Sky’s commentary. The presenters will be able to talk through a player’s batting or bowling action through the avatars.

Meanwhile, at home, audiences will be able to use the Sky Sports or The Hundred App to marry up the avatars with their smartphone video camera and to superimpose them on to their garden, driveway or kitchen table.

Sky Creative’s director of innovation Jason Landau explains that before filming with all of the players to create avatars, a test day was arranged to run the through the technology and plan how to work with the cricketers.

The Hundred (21 July-21 Aug) is a new short, fast format of cricket with each game lasting less than three hours. The format is simple: 100 balls per team, most runs wins. 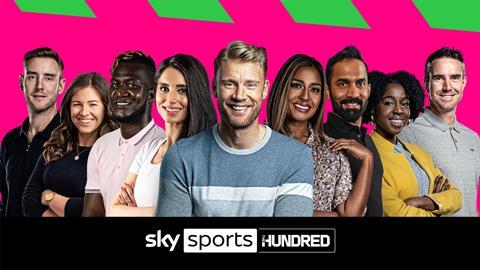 Games will be broadcast live on Sky Sports and BBC throughout the competition. Sky is showing all 68 games across its dedicated The Hundred Channel and Sky Sports Mix. The BBC, meanwhile, will air 10 men’s games and eight women’s games as well as the two finals. Each game will also broadcast on BBC Radio 5 Live or Sports Extra.

The English Cricket Board (ECB) is pushing the new format to attract new audiences to the game, amid research that cricket is falling behind other sports in popularity with children and young people. Currently, most cricket viewers are from older, white, ABC1 backgrounds, and the ECB wants to grow the game to wider audiences and communities. Research also showed that 75% of families prefer shorter games, and that non-cricket fans would take more interest if the game was easier to understand.

Sky’s commentary team is also diverse, with 50% minority ethnic, and given gender parity in coverage and promotion. Andrew Flintoff, Kevin Pietersen, Tammy Beaumont and Dinesh Karthik will be among the Sky Sports broadcast team. The language around the commentary is changing too to make the game more accessible; for example the gender neutral term ‘batters’ is being used rather than ‘batsmen.’

Cricketer Lauren Bell came for the day, and had an avatar created of her playing that could be tested for the app and for broadcast TV.

“The test day was so useful,” says Landau. “There’s obviously so many things you’re trying to do technically, but you’re also thinking how to best work with the talent and to make it the best experience for them. We learned a lot.” Adding to the complexity of the shoot, the production team also had to plan with Covid safe-shooting protocols in mind.

The shoot itself ran for three days at Twickenham Stadium, in a large function room set up with cricket net inside. 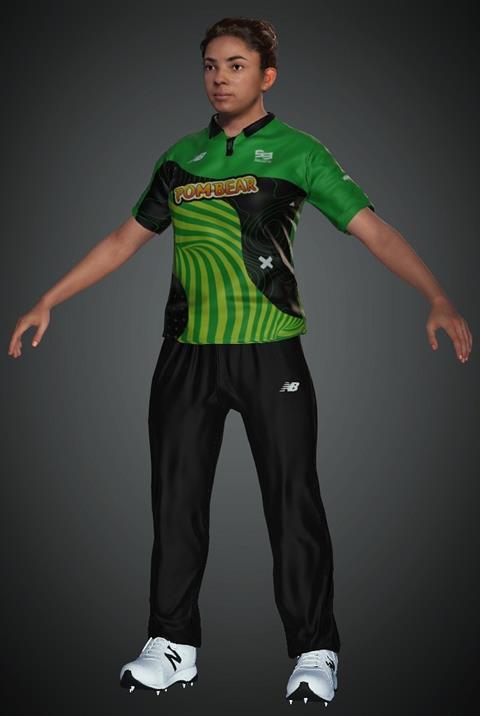 First, the players were taken to a dark room for a facial scan, with images taken by 19 cameras arranged in 180 degrees around their head. Each player had to put on a headband to pull their hair back (avatar hair is added in later in 3d, so it can react to movement).

Next, the players were put into motion capture suits with some 50 optical markers on each one. Then they were taken to the cricket net, which was surrounded by 30 cameras. These cameras track the optical markers as the player bats, bowls or wicket keeps, allowing an accurate rendition of their unique movements to be created as the basis for their avatar. They also wore special sensitive gloves so their hand movements could be tracked. For bowlers, this was particularly important as it allows viewers to see what each player’s fingers are doing as they bowl.

Finally, a facial capture rig is placed around each player’s head to record their mannerisms such as smiles and blinks so these can all be applied onto their avatars to add personality.

The images were then delivered to Dimension so they could build each player’s specific avatar.

Read more How OBS plans to immerse viewers in the Olympics

Landau says each of the players were keen to get involved during the shoot, and took the time to perfect their shots or bowling actions for the cameras.

“I’ve never been on a shoot before where the talent is asking if they could have one more go. They’re aware it is their speciality [cricket] shot, and they want to get it right because they know it is going to be analysed on telly or available to people in the app.”

As The Hundred prepares to air, the big question is how the avatars will be received. The possibility is that Sky could roll them out across its other sports coverage.

“If they are good, and people like them, then obviously there will be a lot of interest,” says Henderson. “Who knows where it could lead to.