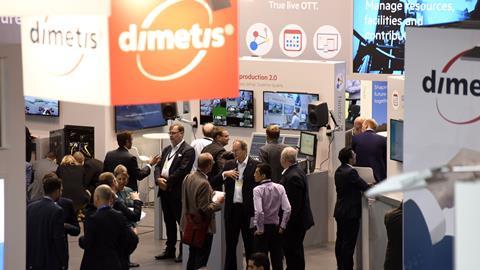 In the first of a series of articles that distil the main themes and talking points from the IBC2017 Exhibition, Ian McMurray summarises the key trends from Halls 1, 4 and 5.

In any one year, IBC is a snapshot of the state of the nation – but, cumulatively, those snapshots become a full-length movie.

Take IP, for example. Four years ago, it was the subject of sporadic evangelism – evangelism that seemed often to be met by users with scepticism at best, and downright opposition at worst.

Certainly, the ST 2110/IP interoperability showcase did a roaring trade throughout the show. There were many on the show floor who were convinced that the success of ST 2110 is critical to the success of the industry.

According to Cisco, for example, the question the company is hearing most is “How do I get my workflow over to IP?”

The company has set up its own interoperability lab, and, early next year, will start offering its “Cisco Certified Broadcast Engineer” qualification.

That’s recognition of the fact that the industry has plenty to learn.

Cisco also believes that it needs to offer SDI pluggability, at least as an interim measure: it will be interesting to see how long that ‘interim’ lasts.

In a similar vein, Bridge Technologies – long one of the industry’s IP evangelists – was showcasing ST 2110 interoperability on its booth.

There, the message was that the broadcast engineers of tomorrow will need monitoring and analysis tools that make optimising IP networks as simple and intuitive as possible as those engineers make the transition from that which they knew to that which they may still not know.

While IP starts to become the key underlying fabric of the industry, it’s inevitable that there’s uncertainty about what the future might hold.

For many of those I talked to – Imagine Communications, for example – the answer lies in “software-defined everything”, delivering the flexibility, agility and scalability that users are looking for.

Imagine was promoting its Zenium Microservices: think of tiny little pieces of application software that can, in effect, be bolted together as needed to create a customer-unique solution in line with the customer’s timescale.

In an environment of uncertainty, the cloud is now widely seen as a no-risk strategy – with compelling advantages in terms of cost, agility and accessibility.

On-premise systems are far from dead – but, increasingly, it seems the cloud offers a pretty compelling alternative.

It wasn’t all about IP, however. There was much discussion of the relative roles of broadcast, OTT and VOD – and whether the three would persist as separate entities, whether we would see some kind of merger, or even whether, ultimately, OTT would simply prevail.

On the other hand, there were those who were asking whether the OTT monetisation business model is yet mature enough?

One of the best things I heard was: “Linear TV is only dead at conferences”…

It’s a thought the industry needs to keep in mind, with at least one person noting that there are still plenty of consumers who prefer the grid guide world – and how, as we age, we perhaps develop a preference for passive rather than active content consumption.

Certainly, there was recognition that the goal should be to deliver to consumers a single, seamless, straightforward experience driven by content rather than delivery method, with Nagra, for example, having some interesting things to say and show.

At IBC, the company launched its OpenTV Signature Edition, which it described as a payTV ecosystem to maximize content value and optimise experiences.

And, speaking of content…many in the industry expect to see far more content providers moving towards a ‘direct-to-consumer’ paradigm.

There was much discussion of the direction that the likes of YouTube, Apple and Google might take – and especially Facebook. Interesting questions I heard in regard to the latter included “How does the industry respond to a company whose goal appears to take all their customers? Is the industry scared? Should it be?”

The power of data

That discussion would often lead to discussion of the power that data brings to content providers in profiling customer preferences, and delivering to those preferences.

As such, it’s not surprising that the words on many lips were ‘big data’ and ‘artificial intelligence’ (AI).

Talking to the Verimatrix team, for example, was instructive: their business is founded on analysing enormous streams of data (a billion per month, apparently) for security purposes – but CEO Tom Munro pointed out that anomalies that his company’s software uncovers are often nothing to do with piracy, but to do with imperfect system design – leading to the opportunity to design better systems.

Verimatrix believes that AI has a crucial role to play in turning big data into actionable information. AWS Elemental was another company extolling the potential benefits of AI as a tool for enhancing viewing experiences.

There was also plenty of evidence of companies with offerings designed to provide operators with differentiators that would deliver them competitive advantage by providing the optimum consumer experience.

AirTies, for example, had some compelling things to say about what consumers want from their operator. On the EKT stand, the company was launching its latest 4K/HDR operator TV, enabling a more complete, integrated package to be offered. One of the cooler things on show was on the Netgem stand, with an STB combined with a soundbar – a concept both ingenious and blindingly obvious.

In Halls 1, 4 and 5, for example, I heard very little discussion of what virtual reality and augmented reality – both hot topics at IBC 2016 – might mean for the future. That’s not to say no-one was talking about them – only that I wasn’t there to hear it.

Similarly, it would have been possible to conclude that 4K/UltraHD and HDR are now a ‘done deal’, and the industry is just waiting for the infrastructure – not least in terms of content – to fall into place. The same can be said of multi-screen/mobile; now, it seems, enshrined in the way we consume content. On other stands, in other halls, the case may have been different.

The overall impression, though, was of an industry in transition (although maybe it were ever thus) – perhaps an industry with as many questions as answers.

That didn’t make the show any less exciting – IBC is always exciting – not least because, yet again, there was ample evidence of the creativity and ingenuity of an industry at the top of its game, attributes that will stand it in good stead, whatever the future holds.