OTT delivery and the issue of latency

Hall 14 continues to expand and mature into one of the most exciting and interesting spaces at IBC, writes IBC Daily reporter Anne Morris. 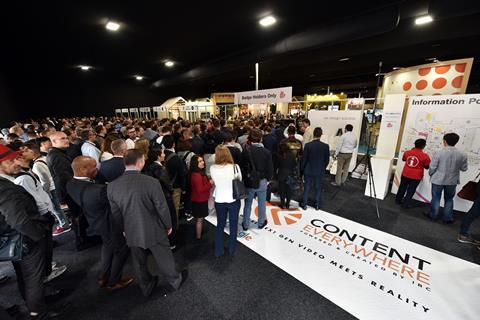 Companies exhibiting in the hall continue to focus on the management and delivery of video over IP and over-the-top (OTT) content streams, providing disruptive approaches compared to more traditional broadcast models.

The panel sessions organised in the Content Everywhere hub throughout the event offer a top-level overview of some of the current themes that were circling round the halls this year. Ian Volans, Producer of the IBC Content Everywhere Hub, pinpointed recurring topics such as the latency of live OTT streams relative to live broadcast, as highlighted by this summer’s FIFA World Cup. “Latency is now recognised by viewers, even if not by its technical name,” Volans said.

Paolo Pescatore, an independent technology, media and telco analyst, agreed, noting that the importance of low latency was a hot topic due to delivering video over IP at scale, in particular for live events. 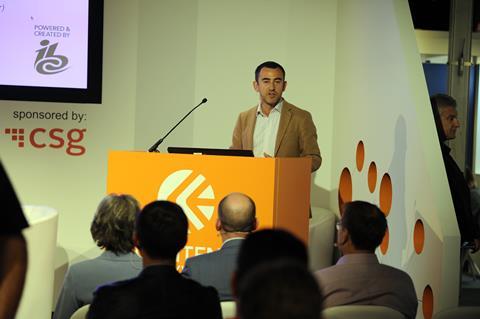 Certainly, this theme was highlighted by several exhibitors on the show floor. Alexandre Maes, SVP of Business Development at Endeavor’s recent acquisition NeuLion, said efforts to reduce latency for video content delivery on mobile phones was a primary focus of the company, with the typical goal being to reduce latency on mobile phones from around 30 seconds now to 10 seconds. “That’s the trend,” he said.

Jon Dahl, the founder and CEO of Mux, also picked out low latency on live video as a much-discussed topic, citing efforts to reduce latency from 15-20 seconds now to around six seconds. “That would be a differentiator,” he said, noting it would be applicable to services such as Twitch. For live sport, however, latency cannot be low enough, and Dahl suggested one to two seconds would be the goal here.

Artificial intelligence (AI) and machine learning (ML) techniques continued to shape conversations around efforts to reduce production and processing costs, as well as the application of such techniques to enable content providers to access and exploit the huge amount of data and metadata they gather on a daily basis.

Digital Nirvana certainly had a lot to say on this topic. Its recently launched Metadator software application was presented at IBC for the first time, and is designed to make the content-based metadata creation process more efficient for broadcasters and content owners who are using the Avid media platform. Russell Vijayan, business manager at Digital Nirvana, said this presents content owners with the opportunity to open up and utilise huge archives of formally dormant content. 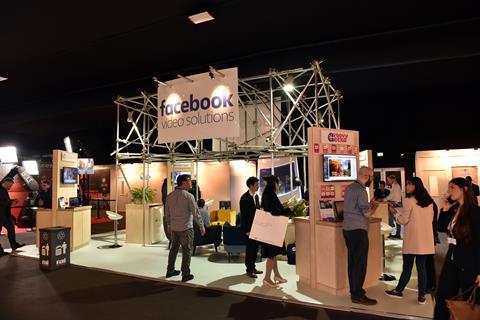 Last year saw the arrival of online giants Facebook and Google to the show floor in hall 14, and both companies were back with impressive stands and a focus on their work with partners.

Grabyo, a partner for Facebook Live, was on the Facebook stand, while Google featured several companies that it collaborates with on cloud services, AI, and Android TV. Google’s stand was even highly commended by stand design judges, who described it as a small village with a subtle design acknowledging IBC’s host city. China’s online giant, Alibaba, was also present for the first time this year.

Gareth Capon, CEO of Grabyo, also indicated that AI would be the next step for the company as it plans to integrate these techniques to speed up processes and gain greater insights into content. The company is working with IBM Watson, Google and Amazon, as they all have strengths in different areas, Capon added.

As always, new ways to make money from OTT content though video advertising and other monetisation models are a constant area of discussion, as well as methods to protect and preserve content. Inside Secure, for example, has focused on the latter aspect with the launch of two new products: one that watermarks premium sports content, and another that helps prevent the loss of online advertising revenue.

Sixty, meanwhile, has created Ease Live to allow broadcasters to utilise the traffic they have built and monetise it by layering on interactive graphics and HTML web pages. Pescatore also pointed to a heightened focus on the integration of live TV into OTT video services.

Another exhibitor, Vewd, unveiled a number of new OTT products including Vewd Atom, which is targeted at emerging markets with low TV ARPU, and Vewd Go, a dongle-like device developed in partnership with HiSilicon Technologies and designed to help operators reach customers who would never invest in a more expensive set-top box.

Sports TV and video certainly featured heavily on many of the stands, with a focus on live delivery and enabling the production of niche sports through a significant reduction in costs. Pixellot was particularly exercised by the fact that 99% of sport globally, apparently, is not produced. As described by Gal Oz, co-founder and CTO of Pixellot, “we are democratising sport by making it low cost and simple” through the use of automated cameras that can be deployed anywhere.

NeuLion has always tended to place a strong focus on sport, with the aim of providing high-quality delivery of live sports content. According to Maes, live sport is so demanding that it drives development in all areas of content delivery. “It forces us to be excellent,” he said. 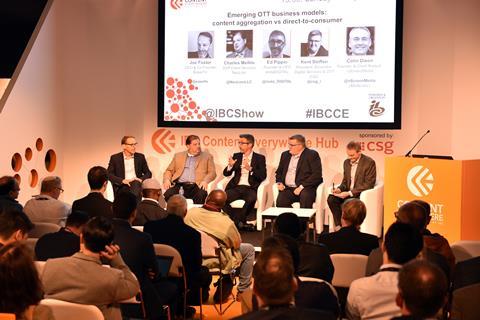 Reflecting one of the major topics on the general IBC conference agenda, the first panel sessions in the Content Everywhere hub considered the potential impact of 5G on the media industry.

However, Volans said passing references to 5G in later sessions suggest that the technology is not yet fully on the radar of most Content Everywhere exhibitors.

“Blockchain was similarly referenced occasionally but its applicability to media is not yet understood by many visitors,” Volans added.

Pescatore, meanwhile, said a further key theme was the role of telcos beyond offering their own video services. “This highlights a growing revenue opportunity for operators in media distribution,” he added.