With 2020 promising to be a landmark year for Next Generation Audio (NGA), broadcasters are seeking solutions that can remain responsive to the still-evolving expectations surrounding immersive audio production, writes David Davies.

As NEP UK client business manager John Bullen sees it, “the amount of interest in [immersive audio] has been growing for some time” and there is a very reasonable chance that 2020 will prove to be a milestone year for NGA (Next Generation Audio): “A lot of people are giving very careful thought to how they might deliver immersive audio, and for what types of content.” 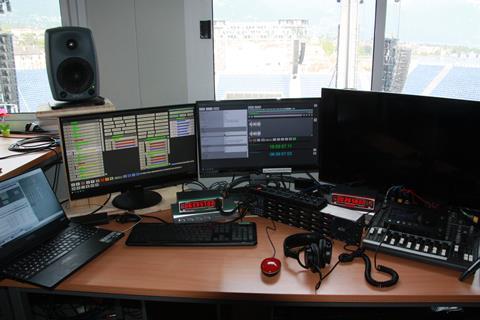 It’s probable that many broadcasters will be taking at least some of their cues in response to the popularity of this summer’s Olympic Games coverage. In late 2019, it was confirmed that all audio at the Games would be produced using 16 audio channels, with broadcasters able to subscribe to channel layouts from stereo up to 5.1.4 with extra audio objects. Olympic Broadcast Services has underlined the need to be format-agnostic, so broadcasters will have the opportunity to deliver immersive services using the two dominant formats: Dolby Atmos and MPEG-H 3D Audio.

No doubt the consumer interest in experiencing the Olympics in immersive sound – either via a multi-channel speaker set-up or, more likely, a solitary soundbar – will be monitored closely. In the meantime, vendors are continuing to focus on providing NGA solutions that can, as much as possible, be integrated into existing workflows, and allow engineers to deliver immersive audio mixes without adding unduly to their workloads.

‘In the box’ mixing workflows
Rob D’Amico, director of product marketing for audio and video solutions at Avid, confirms that OTT services are now adding significantly to “interest in, and demand for, immersive mixing.” He explains: “Major streaming services such as Netflix and Amazon are now requiring Dolby Atmos deliverables from content creators. With the addition of Pro Tools into the Netflix Post Technology Alliance, Avid is now working closely with Netflix to ensure its solutions support technical and workflow requirements today and in the future.”

In general, adds D’Amico, “re-recording mixing engineers have a lot more to think about and deliver when they are mixing for an immersive experience. It puts more pressure on the audio production teams to make sure the audio deliverables are mixed for a variety of mediums.”

To this end Avid continues to focus on the further streamlining of workflows so they can accommodate NGA productions seamlessly. “Avid has worked closely with Dolby to develop specific integrations in Pro Tools | Ultimate for immersive audio production, and the release of Pro Tools 2019 at AES last year improved Dolby Atmos ‘in the box’ mixing workflows and the delivery of multiple mixes in a single file,” says D’Amico.

“With enhanced Core Audio support of the Dolby Audio Bridge, users can now send 130 channels from Pro Tools – up from 32 – to Dolby’s Production Suite software to enable an easier and simpler way to monitor Dolby Atmos ‘in the box’. This is a complete integrated workflow solution for audio engineers to deliver Dolby Atmos mixes without the complexity and cost of different hardware configurations.”

Different broadcasters, different approaches
Merging Technologies’ project & regional manager, Maurice Engler, agrees that broadcast’s current position on the trajectory of NGA adoption can be difficult to assess. “It varies quite a bit with some broadcasters still evaluating how to achieve it, and others who have already declared which format to support,” he says.

To date Merging’s own clients for immersive content have included “mainly French productions for music, radio, TV and sports,” although more recently Engler has observed “the influence of e-sports coming into play with interest in some of our products as problem solvers.”

Over time, he adds, it has become evident that a range of productions can be accommodated with microphone configurations based around “Ambisonics [surround sound microphone] products, classic spot microphones (wireless), and HRTF (head-related transfer function) or double MS (mid-side) set-ups that succeed in achieving clear speech recognition with an immersive feel.”

In order to support different approaches, Merging’s Pyramix DAW and Ovation Media Server have had “the ability to create and playout object-based audio, and then export it to [Dolby Atmos] ADM or MPEG-H” since IBC 2017. With the latest, version 12 of the Pyramix DAW, the bus structure makes it possible to combine natively “all forms of stems and inputs with all the decoders available.

For example, one could have an Ambisonics input of the first order and an Ambisonics input of the third order, all mixed with some 5.1 stems and then routed to multiple busses for object-based audio and/or a 7.1.4 discrete mix and a ‘classic stereo’ mix. In addition, the exporting of this material is made easier by the fact that [multiple mixes can be delivered] in one go.”

Merging has also recently introduced a new IP-based monitoring and summing device, ANUBIS, that in conjunction with specific converters can be deployed to create speaker configurations ranging from mono to 30.2. Hence, adds Engler, one compact terminal can “easily monitor (mute, solo, phase invert) all kinds of formats and flexibly adapt content to production requirements involving a host of different formats.” 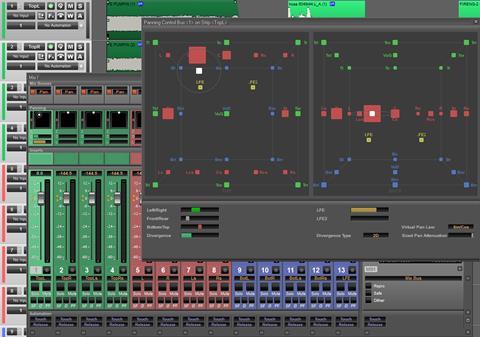 As far as widespread adoption across different market sectors goes, there is little doubt that Dolby Atmos remains at the head of the pack for now. Accordingly, Dolby head of home content engineering Rob France confirms that “we continue to see great opportunities to make the use [of NGA] easier by going deeper and deeper into different platforms. So as well as working closely with Avid we have been collaborating with companies including Steinberg, Apple, Logic and Ableton.”

Like many other observers, France expects the Olympics to be a “good way to gauge the extent of consumer adoption”, and is enthusiastic about OBS’ format-agnostic approach: “I do think they are going about it in a way that will be positive for everyone [working with immersive audio technology], and the fact that it will involve a range of sports is also excellent news.”

“Loudness continues to be a notable topic and I think we will see developments that seek to make [loudness compliance] as easy in the new formats as it now is in 5.1,” he says. “Of course, that took a while to get right in stereo, never mind the higher quality formats, but I think it will come over the coming years and could be another important step in [taking NGA] to the next level of awareness.”