In-flight entertainment: The next TV battleground?

Competition to deliver content to airline passengers is ramping up, writes Chris Forrester.

On 3 October Air France awarded a major contract to equip its fleet of 113 Airbus A320 aircraft with ‘Direct-To-Seat’ In Flight Connectivity (IFC). The deal was with Global Eagle, one of the new suppliers of programming – and broadband – courting the airlines and keen not just on direct-to-seat but on “gate to gate” access to internet and entertainment. 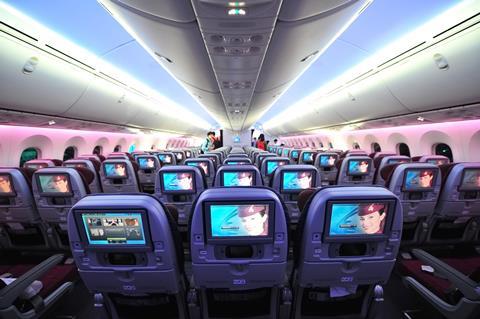 The Air France contract is with Global Eagle and via its French partner Orange Business Services. These planes fly short and medium haul flights throughout Europe, Russia, North Africa and the Middle East. But there are plenty more players currently attacking this most lucrative of markets.

Another is the snappily-named Gogo, which says it is already supplying three global airlines – and hundreds of aircraft - with satellite-delivered TV and broadband. Gogo put out a speedy press release to remind everyone that it was already supplying Air France’s long-haul aircraft, as well as KLM services.

Note that important phrase from Gogo: ‘direct to passengers’ own WiFi-enabled electronic devices’. Most airlines are extremely keen to get rid of their expensive seat-back screens which are heavy to carry back and forth across continents and oceans and temperamental. Instead, they are happy to supply a seat socket for power, and allow passengers to use their own screens.

“Passengers expect live TV and video in the cabin with the consistency and quality they experience on their couches at home, but there are unique challenges to delivering new inflight TV and video products and services,” says Blane Boynton, SVP/Product Management at Gogo. 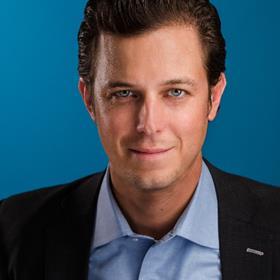 Gogo uses HEVC compression to bundle a suite of channels from the satellite to the aircraft, along with a return path for internet/broadband.

“Orange Business Services has leveraged its high-performance network and its strong experience in project management to support Air France’s ambitious goals. Together with our partner Global Eagle, we will enable Air France to be the first airline in Europe to take full advantage of the Ku-High-Throughput satellite network and thus drastically increase the on-board passenger connectivity experience.”

Global Eagle boasts of 500 Mb/s bandwidth throughout the aircraft. 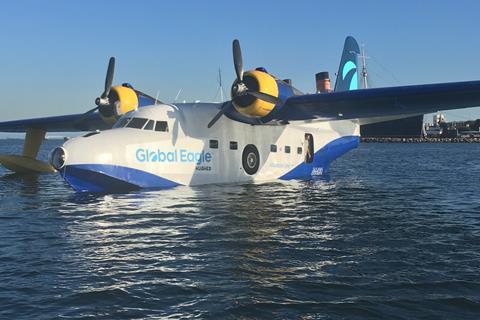 However, on 20 September there was another important slice of news for the sector. Satellite operator Inmarsat announced it had struck a valuable 10-year agreement with Panasonic Aviation, using Ka-band ‘multiple spot-beam’ technology.

This agreement is key. The reason is that many industry observers are seeking some degree of consolidation. For example, we have not mentioned ViaSat, a major US-based satellite player with ambitions for the In-Flight market over the Americas and Europe, The Middle East and Africa, or Thales Inflyt which is pushing hard in Europe. Then there’s the inevitable ‘standards’ battle between the various operators, and not least which satellite technology to use.

Equity analysts at investment bank Jefferies summed up the position in October saying that the Inmarsat/Panasonic deal was good news for them, and bad news for their rivals.

They described the agreement as a “landmark”, and that it represents a very strong shift in terms of implications for the aviation In-Flight sector. “The sector implications alone are positive for the name (secular migration to Ka; soft consolidation) before we consider the undoubted benefits of a 10-year exclusive relationship with aviation’s undisputed thought-leader in the sector’s biggest growth area. Similarly, the market continues to give ViaSat the benefit of the doubt,” says the bank.

The bank said the deal called time on Ku-band’s lead – to date - for aircraft mobility use:

“We’ve had a false debate in the sector for a long time as to whether Ku or Ka is better. The bald truth is that the massive latent demand and limited spare spectrum inventory meant that Ku was always going to be an early cycle mobility enabler, but a long-term migration to the larger/emptier Ka-band was very likely,” says Jefferies.

This comment, if correct, is bad news for SES of Luxembourg, and Intelsat, which both focus on Ku-band (although they both have certain Ka-band capacity).

“We’ve had a false debate in the sector for a long time as to whether Ku or Ka is better. The bald truth is that the massive latent demand and limited spare spectrum inventory meant that Ku was always going to be an early cycle mobility enabler, but a long-term migration to the larger/emptier Ka-band was very likely.” Jeffries

Jefferies describes Panasonic as being a “thought leader” in terms of IFC activity: “The Inmarsat agreement is the first Ka-band capacity lease Panasonic has ever signed - milestone moments don’t generally get much bigger given the stature of Panasonic in the IFE / IFC market. The Ku-band installed base will still be catered to - Panasonic in March finally pulled the trigger on a proprietary Ku-band XTS hosted payload - but the long-term direction of travel is now firmly set towards Ka.”

That may be so, but a contrary view from another investment bank suggests otherwise. Berenberg Bank, in its note to investors, says: “Outside of North America, the vast majority of the airline industry that has IFC is using Ku-band.”

Some airlines offer services free, especially to its premium travelers. Gogo, for example, charges $19 for an ‘all day’ pass (or $7 for one hour usage), or $49.95 for a month’s access which is good for frequent flyers (on American, Virgin and Delta).

However, making money from these services has – to date – been elusive. The airline industry is agonising as to how to fund these expensive IFC installations.

Should they consider IFC on the same basis that they currently offer seat-back movies? Will passengers expect ‘basic’ WiFi for free, but pay for higher bandwidth? Can airlines bundle in connected VR/AR headsets in First, Business and Premium seats for free? Time will tell, but there’s little doubt that the race for connectivity to the seat is now widespread.

Read more Disruption is only going to get worse