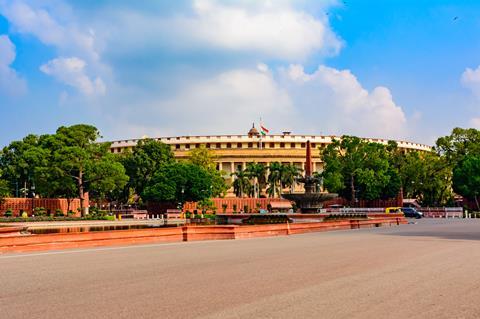 India’s cabinet has rubber-stamped a memorandum of understanding signed between India and foreign broadcasters for the exchange of technical expertise in the radio and TV sectors.

According to reports in India, the MoU will facilitate exchanges between Indian broadcasters and unnamed foreign broadcasters on topics including training and technical expertise needed to meet emerging challenges in broadcasting.

The Economic Times report claims Indian prime minister Narendra Modi and his cabinet gave ex-post facto approval for the MoUs during a cabinet meeting chaired by the PM.

The aim of the agreement is to help India’s public broadcasters – Doordarshan and All India Radio – to explore new strategies that will address topics such as media liberalisation and globalisation. This will include looking at new technologies and the impact of increased competition in the sector.

“Broadcasting of programmes to be obtained through mutual exchange, co-production will lead to equity and inclusiveness among viewer/listeners of DD and AIR,” the government’s statement said.

DD and AIR are overseen by India’s Prasat Bharati, which is overseen as an autonomous corporation of the Ministry of Information and Broadcasting.

DD has already gone international after striking partnerships with broadcasters in Bangladesh and South Korea.

It is unclear from the government’s statement which foreign broadcasters will be included in the MoU, although in February an MoU was signed for cooperation on broadcasting between Prasar Bharati and Saudi Broadcasting Corporation (SBC) for the exchange of audiovisual programme.

It marks the latest development for India’s media sector which has slowly been opening up to foreign involvement. In August, the Indian government announced it would liberalise digital media investment by allowing up to 26% foreign investment in digital media and streaming services.

Earlier this week, Dish TV India announced a new partnership with Amazon Prime Video that will bring the Prime Video app to TV and direct-to-home subscribers for its upcoming hybrid set-top box.