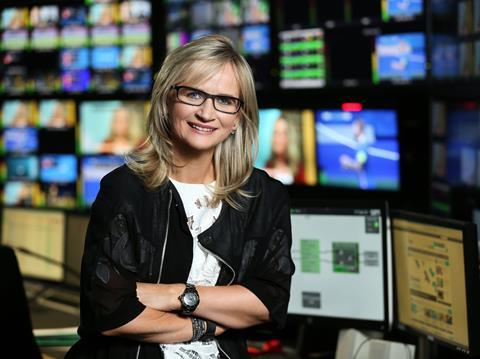 That was the view of RTE director general Dee Forbes when she spoke to IBC365 ahead of her appearance at IBC2019.

Forbes said that RTE had decided to tackle fake news – disinformation or hoaxes spread through traditional methods as well as online and through social media – head on.

“We were the creative and strategic lead on the national Be Media Smart campaign which aired on all Irish PSMs and private medias,” said Forbes. Be Media Smart, which was developed by Media Literacy Ireland, aims to help people tell the difference between reliable and accurate information and or deliberately false or misleading information.

RTE also launched a number of explainer videos which “attempt to get to the heart of topics in a clear and accurate way,” added Forbes. “We need a set of common standards across the whole piece, and a system to regulate those standards.”

She spoke as politicians across the globe have increasingly attacked the media with accusations of bias. US President Donald Trump frequently takes to Twitter to criticise what he calls the “Fake News Media”.

Forbes said that the industry has been “battling fake news since our foundation” and that the existence of independent public service broadcasters is a “marker in the sand against disinformation”.

“This is why PSMs are a cornerstone of democracy and anyone who thinks that’s just a sound bite should look now to Russia, to Poland, to Romania. Societies can pivot very rapidly and without strong PSMs that pivot is all the easier.”

She admitted that RTE is fortunate in that “Ireland enjoys a healthy, vibrant democracy; in fact, as the world seems to go in one direction, Ireland seems to be growing in plurality.”

This, she added, could be a context in which the PSM sector flourishes. The danger, she warned, is that the role of public service media in protecting democracy can sometimes be “taken for granted”, warning against complacency in the political establishment.

Forbes also spoke on Brexit, diversity, and the future of broadcasting in the face of the growing OTT market. The full interview can be seen in the upcoming issue of Insight.

Dee Forbes will be speaking at the Global Gamechangers session at IBC2019 on 13 September.