Fuelled by 5G, massive IoT adoption is expected to interconnect media across devices, connected cars and into smart cities, with a host of vendors and telecom operators showcasing their IoT offerings at Mobile World Congress.

Ericsson and Cisco in particular spoke about they had integrated it as part of their key strategic growth plans and product offerings.

IoT, which is a reoccurring theme across the event, is advanced technology that can connect billions of devices and interact with them to gather large quantities of data. Employed effectively IoT has huge potential to monetise and interconnect the broadcast and media industry, as well as applications in education, engineering and science.

Cisco IoT Cloud Strategy Theresa Bui Revon told IBC365 that when IoT was first deployed the biggest challenge was connecting devices, over fixed lined, satellite or Bluetooth. Once these devices are connected there is a requirement to manage and monitor large quantities of data.

Scaling IoT devices from pilot to millions of devices is the challenge and has become less about connectivity and more about managing data from those devices.

Revon said: “Cisco are building a portfolio of solutions to help companies get the most out of their data, which starts with connecting devices as NB-IoT is expected to drive growth of IoT of a massive scale.”

Gartner’s 2017 Emerging Technology Analysis: NB-IoT forecast the increasing number of connected devices will be more than three billion by 2023. 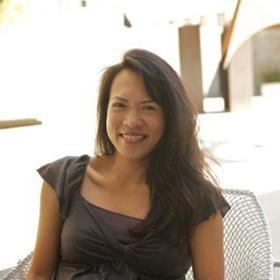 Revon explained the new network is purpose built and offers a reduction in complexity and costs whilst maintaining the highest quality. This product offering enables connection across all devices for smart integration from building automation, asset tracking, smart cities, remote agriculture and entertainment media services on a more global scale.

Revon continued: “Data can be segmented and normalised to various workflow functions to automate processes. The streaming of media services through the car is where the success of IoT connectedness is going.”

In a statement Cisco IoT Managing Director of China and Asia Hong Liu said: “NB-IoT dramatically reduces the power and cost of connectivity, so now even the most simple things will be capable of delivering valuable IoT services. This is going to drive exponential growth in the IoT industry, and one size will not fit all.”

CCS Insight Senior Vice President Martin Garner told IBC365: “With this move Cisco is making it possible to manage very large numbers of NB-IoT connected devices alongside other technologies operators are using. It’s necessary to do this efficiently because the average revenue per device will be low.”

Ericsson launched its IoT Accelerator Marketplace in a move to address the IoT ecosystem and a stepping stone to making 5G a reality.

Ericsson Head of Strategic and Portfolio Marketing, Europe and Latin America Kris Hardiman spoke to IBC365 about the importance of 5G for media connectivity and the role IoT plays in its success.

He said there is considerable bandwidth required for 4K, UHD and HD content, and ”at the simplest level 4G capacity cannot support higher quality content which undermines the OTT providers priorities today, but 5G changes this.”

“5G connectivity is critical to carry latency and speed of the viewers experience. The IoT connected cars and vehicles will enable consumers to watch high digital video in a connected media experience.” 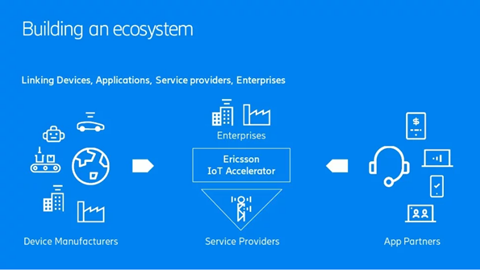 The IoT Accelerator Marketplace has been launched to help address the need for collaboration within the digital ecosystem community and provide a solution to benefit developers and service providers alike.

It utilises a cloud-based horizontal offering comprising of platform services and professional services for service providers.

Ericsson Head of IoT Jeff Travers, in a statement said: “The launch of IoT Accelerator Marketplace will unlock the potential for different players in the value chain to deliver value. It is another stepping stone to make 5G a reality by enabling massive adoption of massive IoT. This supports service providers as they seek to expose network connectivity IoT APIs and monetise these assets.”

The 5G business potential enables IoT solutions to tap into different vertical markets. From media production to automation and manufacturing the ease of deployment and revenue potential is enormous, Hardiman explained.

Read more IoT and broadcasting: From standards to storytelling