ITV has revealed plans for a major restructure. James Pearce digs into what that actually means for the British broadcaster. 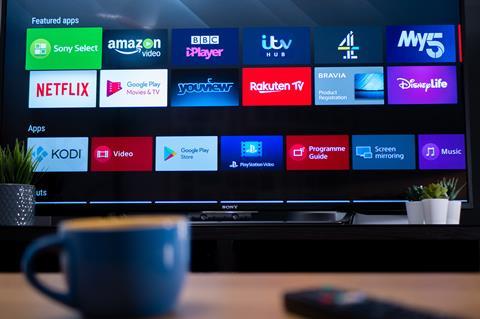 ITV is restructuring its business to focus on streaming in a move that will “future proof” the British broadcaster against changing viewing habits.

Earlier this week, ITV announced plans to create a new Media and Entertainment division – which will sit alongside ITV Studios – to be headed up by ITV director of television Kevin Lygo.

Former BBC, Channel 4 and Five exec Lygo become managing director of the M&E unit, which will be split into two arms. The first – Broadcast – will also be led by Lygo, and will feature ITV’s linear channels, including ITV1, ITV2 and ITV3. ITV’s main channel provides 95% of commercial audiences over five million and will continue to offer a spate of drama, entertainment and sport, as well as its main news programming and daytime shows.

The second arm will focus on On-Demand content, looking after ITV’s digital products including ITV Hub, Hub+ and BritBox, its joint venture with the BBC. ITV chief marketing office Rufus Radcliffe will head up this unit, which will continue to commission original content such as Spitting Image while also serving as a live and catch-up service for content that has featured on the broadcaster’s linear channels.

Carolyn McCall, ITV’s CEO, commented on the announcement: “Our new Media and Entertainment Division will enable ITV to continue to deliver mass, live audiences while investing in the future to create the sort of content and viewing experience that younger, and other harder to reach viewers want. 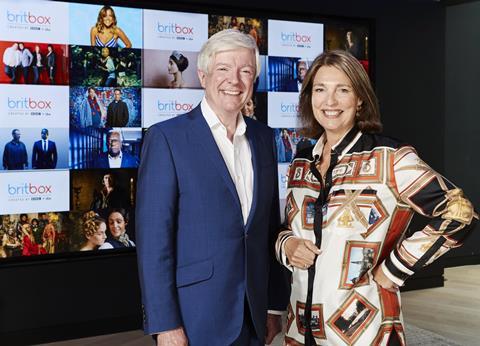 “ITV will continue to broadcast shows which entertain millions of viewers. Most are watched live and that fact together with the scale of these audiences will continue to offer unrivalled opportunities for brands to reach consumers.  Linear channels will be around and be profitable for many years but we also need an On-Demand business which will increasingly be the focus of our new investments in content and technology and which will be our growth engine attracting younger and more targeted audiences to ITV.”

Rise of the OTT
One of the key drives behind the move is the rise of OTT platforms such as Netflix, which have led to a major shift in how we consume content, especially among younger viewers.

A recent report from UK regulator Ofcom found changing behaviour during the coronavirus pandemic appears to be accelerating the growth in viewing of online video, particularly subscription services such as Netflix and Disney+.

In April 2020, when the UK was in full lockdown, the average amount of time people spent watching video content increased to an estimated 6 hours 25 minutes per person per day, an hour and a half more than the average figure for 2019.

Most of this viewing was on linear television (an average of 3 hours 46 minutes a day watching live, recorded or on demand) – up by 32 minutes on 2019, with most of the increase due to news viewing, Ofcom found. However, the greatest growth was in subscription video-on-demand (SVoD) services, such as Netflix, Amazon Prime Video and Disney+, with people in the UK watching an average of 1 hour 11 minutes a day on these services in April 2020 – 37 minutes higher than in 2019. Young adults aged 16-34 watched these services for two hours a day on average.

So how much of a role did Covid play in ITV’s decision making? ITV Group communications and corporate affairs director Paul Moore tells IBC365 that pandemic had “accelerated” plans for a restructure that had long been in place.

“We’re responding to a very obvious change in consumer viewing habits,” he explains, “but one thing the pandemic has done is to accelerate or exacerbate that. It has always been part of our longer strategy but Covid has highlighted that a younger age group clearly prefer to access their content online.”

ITV’s core linear business “will remain a huge part of what we do” and, at this time, makes up the vast majority of the firm’s £1.8bn annual income.

ITV’s streaming businesses is small by comparison – both in terms of audiences and revenue – but it is growing at double-digit percentage rates annually. The amount of hours viewed on its free online streaming service ITV Hub passed 500m last year, while registered users passed 30 million.

BritBox is also a key focus. Moore can’t share longer term plans for the JV, which offers “best of British” content in the US, Canada, and the UK, but ITV has already revealed the next steps for the SVOD platform. It is set to launch in up to 25 countries, which will take place in two waves, ITV announced in the summer, starting with Australia later this year. BritBox lost £23 million for ITV in the first half of this year, which ITV said was consistent with its guidance. The venture is expected to lose £55-60 million for the full year.

However, Moore said the UK launch had been positive, but said the broadcaster is likely to keep its current OTT model.

“Our aim is to have better co-ordination, but at the moment each of our platforms have a slightly different model,” he says. “It is led by viewers and there is enough room for three different propositions.

“The Hub has traditionally served as a catch-up service, although it offers live content as well, and includes adverts. While Hub+ offers all of that, but without the adverts. So, you’re creating choice for the consumer.

“BritBox is subscription but you have these vast archives of content that the BBC and ITV has built up over the years, plus new content coming through.”

He acknowledges that the current VOD market could change, with US broadcasters such as Comcast trying different models, leaving room for more focus on AVOD in the future.

“There’s a debate ongoing within the industry as to whether ad-funded video on demand, will ultimately be more or less of the market going forward, so we actually feel that rather than making a decision between those two models, why wouldn’t we try both. Advertisers still want to access our viewers. If viewers would much rather watch content without adverts, then BritBox or Hub+ offer that option on a subscription model.” 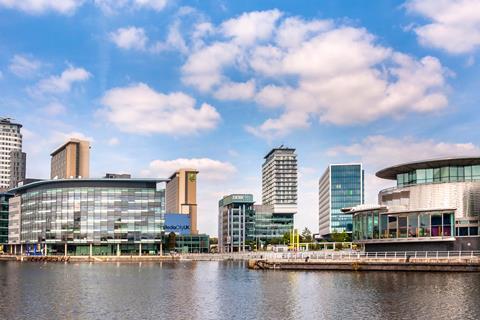 Finding efficiencies
As part of the restructure announcement, ITV talked about the opportunity to find cost savings, which would include closing some of its London properties. Last year, ITV announced it had sold its former London South Bank site to Mitsubishi Estate London for £145.6 million after ditching plans to redevelop the studio site in 2018.

Around half of ITV staff work outside of London, Moore says. “We’re already more diversified in that respect. This is much more about ways of working, because the pandemic has highlighted the need to be able to work more flexibly.”

London property is also notoriously expensive, giving ITV an opportunity to “rationalise” that and make some savings. At this stage no decision about exactly what this means for ITV’s current London offices has been made as the company assesses the sort of space needed to support the business in the future.

What about people? ITV employs around 4,000 staff across the UK.

Moore acknowledges that there may be some jobs cut as part of the restructure but adds that other opportunities will open themselves up.

“We have been expanding our employee base in technology, data and digital, which have increased over the last few years.

“We are absolutely investing in the future, but some roles will go, an those roles are much more likely to be on the broadcast side of the business, because the revenue on that side is much less likely to rise so that is the are we need to look at the costs we have. I think we’ll be actively recruiting in the on-demand unit but will need to validate every job in terms of broadcast.”

Tech investment
The shift also opens an opportunity to invest in new technology on the on-demand side.

According to Digital TV Europe, ITV is looking to secure distribution across all platforms, up from the 60% currently. Spitting Image is one of the first original shows on the platform, and ITV expects that to boost subscriber numbers.

ITV’s other domestic SVOD venture, Hub+, which provides ITV content without advertising, had around 390,000 subscribers at the half-year mark. It is also trialed an extended window for content on catch-up service ITV Hub over the summer.

“Over the last few years, capital expenditure has been close to £100 million a year, and much of that has been in technology,” he explains. “There’s been a lot of investment in content on the OTT side, too, for new shows for BritBox.

“But we continue to invest in our broadcast business too. Just recently we upgraded our regional news from SD to HD. Even in broadcasting, technology and consumer expectations are increasing all the time, so we will continue to invest in that arm. But I’d expect more new investment to go into digital going forward.”