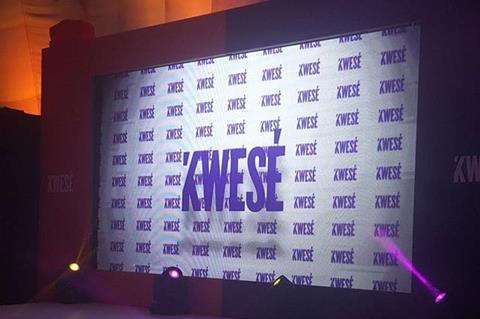 The Independent Communications Authority of South Africa (ICASA) said it has conducted a thorough review and found Kwesé TV was both compliant and capable to receive the individual commercial broadcasting licence, which also includes a radio frequency spectrum licence of 55% at MUX 3 frequencies.

The watchdog said the proposed service “will stimulate competition and increase the variety of television broadcasting services available to South Africans.”

It also found that the business plan and proposed means of financial support were adequate and the executives had the expertise and experience to run a broadcasting company.

The granting of the licence enables Kwesé TV to offer channels packages which will include sport and general entertainment content.

On deciding whether to grant or refuse a licence application, ICASA considered various criteria set out in the legislation and the Invitation To Apply (ITA) as published as well as the provisions of the ECA.

These considerations included the following:

1. Compliance with the relevant provisions of the ECA

2. Compliance with the requirements of the ITA

3. Market research: Demand, Need and Support of the proposed service;

4. Viability of the business plan and financial means of the Applicant; and

5. Capability, expertise and experience of the Applicant and its employees in business in general and in broadcasting in particular.

Earlier this month Econet Wireless confirmed it will shut its African pay-TV arm Kwesé due to economic issues in its home country of Zimbabwe.

Kwesé was launched by Econet Media – which is owned by Zimbabwe’s richest man Strive Masiyiwa - in 2015 and offers sports and entertainment services across a dozen African countries. It also offered a Roku-based VoD streaming service, Kwesé Play which was launched in 2017.

In November, Econet abandoned its premium pan-African service to focus on its free-to-air offering and mobile streaming services, just 18 months after launching.