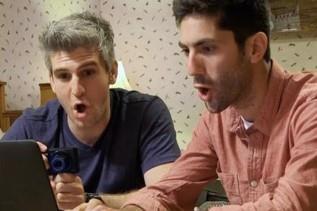 LyLo, which was founded in 2012, has studios in France, Belgium, Germany, Italy, and Morocco. Its clients include Viacom Group (MTV, Paramount), Discovery Channel, Toei, Ubisoft, and HBO.

LyLo will now become a division of the TransPerfect group of companies and will continue to be led by founder and chief executive Grégoire Parcollet, who will assume the title of division president. Parcollet will join TransPerfect’s senior management team, reporting to senior vice president Barnaby Wass.

New York-headquartered TransPerfect, which provides translation services primarily for the legal and healthcare industries, has bolstered its media offering with a raft of recently announced deals to acquire Lassostudios, Sublime Subtitling & Translation and AGM Factory.

The company also said it had invested in providing the most advanced dubbing, voiceover, and subtitling services, including AI-powered solutions, to clients through its Media.NEXT platform.

Parcollet said: “In TransPerfect, we found a partner who clearly shares our vision for the future of our industry. Their investment in technology is a clear sign that they are committed to innovating and truly disrupting dubbing and subtitling for the media and entertainment industry. Joining forces promises to provide LyLo clients and employees alike with a host of new opportunities.”

In a statement, TransPerfect said that merging with LyLo “is a major step in the company’s move to increase its global network of owned and operated studios”.

TransPerfect said the result will provide clients with an end-to-end media localisation solution that will “significantly improve the speed and efficiency with which customers can release content internationally”.

TransPerfect president and chief executive Phil Shawe added: “LyLo’s technology vision has been an integral part of their company identity, and that has us extremely excited about what our unified teams will accomplish together.”