The film and TV industry has been shuttered with freelancers and staff across the entire supply chain impacted by business decisions and company closures. During Mental Health Awareness week, Alana Foster investigates what support and initiatives are out there. 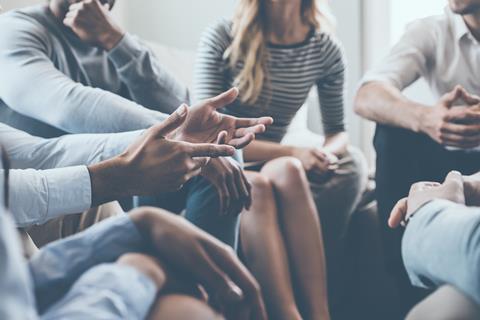 Mental health: More important than ever to talk about with people facing isolation and job losses

With current global events affecting almost all industries, the film and TV sector is no exception, and the health and wellbeing of citizens across the globe has become an important and timely point of discussion.

As governments have mandated lockdown policies and physical exercise is permitted, it is not just bodies that need to be cared for, but the mind as well.

The Film and TV Charity last year launched a mental health campaign to investigate how those working in the film, TV and cinema industries were fairing.

The centrepiece of the research was an online survey with over 9,000 people participating. The Looking Glass survey results revealed there was a mental health crisis in the industry.

Nearly 9 in 10 people working in the sector said they had experienced a mental health problem, with the underlying causes showing three areas that interact to create a perfect storm for poor mental health – the conditions of work, the industry’s culture, and its capability to provide support.

It will come as no surprise the juxtaposition of the coronavirus pandemic has heightened the stress, pressure and uncertainty for businesses and employees alike.

Film and TV Charity chief executive Alex Pumfrey spoke to IBC365 on the importance of the industry addressing mental health issues and how it is dedicating support to those confronting challenges.

She said: “Mental health is behind many of the challenges faced by people working in film, TV and cinema. When we launched our Support Line in 2018, we sensed problems with the mental health of the workforce.”

In 2017 location manager Michael Harm took his own life. Pumfrey explains how he expressed his loneliness in his work and called on the industry to do more to look after its own.

Pumfrey adds: “The signs were there in the revelations of widespread bullying and harassment, and later in the deaths of several TV show participants.”

The Charity conducted its own research which found 87% of the workforce have experienced a mental health problem, well beyond the 65% UK-wide figure, and that half have considered taking their own life.

“It’s vitally important that we take action on mental health,” Pumfrey continues: “The findings are alarming and upsetting when you reflect on what the numbers mean for a production crew or a cinema team.

“Aside from the human cost, it’s in the interests of business leaders to invest in the mental health of their workforce. On top of the cost to business, almost two-thirds of workers have considered leaving the industry due to concerns about their mental health.”

Coping with Covid-19
In March, when the pandemic concerns spread across the UK, the Film and TV support line received an increase in calls from those worries about what was happening.

Pumfrey explains: “We conducted a 48-hour survey in March and found that 93% of freelancers are now out of work.

“We heard stories about people being let go as production shut down and not knowing how they were going to keep a roof over their heads or buy food. So we knew from early on that there were going to be many facing real financial difficulty, through absolutely no fault of their own, in these extraordinary circumstances.”

According to the Attest UK Health and Wellbeing Report 2020, just over half of Brits (52.7%) believe they are in “good” health physically but only 10.6% said they are in “very good” physical health. 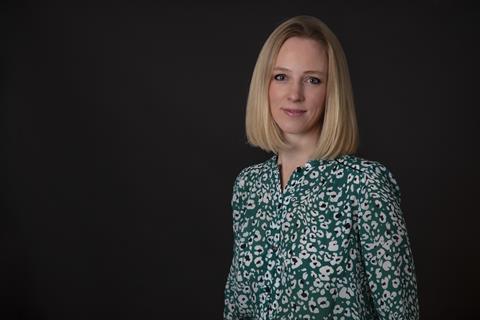 However, when looking at mental health the report showed that “the results are worse” with less than half of Brits (48.2%) saying they feel their mental health is only “good” and 22.3% said it is “bad”. Nearly 5% of those surveyed said it is “very bad”.

Bectu head Philippa Childs explains that “the pandemic has created the most challenging set of circumstances the industry has known in modern history” and despite nearly government support initiatives “many people are falling through the gaps of the government’s income support schemes.”

The conditions in which crew members are expected to work is not standardised due to the nature of the industry. Working long hours, under significant pressure to meet tight deadline and often on squeeze budgets, the mental health of crew can often suffer.

Childs says: “Rather than people suffering alone we encourage them to talk to one another and us to highlight the difficulties they are experiencing. The only way things can change is if people are willing to honestly discuss these issues.”

She explains: “These are all challenges Bectu is working on daily by providing support and information to individuals, industry bodies and the government. Even though production has stopped there is a huge amount to do before the industry is up and running again and workers voices must be represented in that.”

Bectu’s campaign Dignity at Work is one of the initiatives to support the mental of health of those working in the industry.

The five strands of the campaign cover: Equality Diversity and Inclusion, Bullying and Harassment, Quality of working life, ‘Talking Terms’ and ‘Sticking Together’.

Each of these strands are areas that the industry must work on for cultural change to take place and ultimately support the mental health of their workers.

Bectu’s Eyes Half Shut was the forerunner for Dignity at Work and came from people working in the industry sharing stories on the terrible challenges that they have to deal with.

Childs says: “We couldn’t ignore these recurring themes and decided to launch the campaign, as all of these problems fall within Bectu’s key remit. Our role is to ensure that people’s working lives are improved and that goes beyond ‘traditional issues’ like pay.”

The campaign has gained a huge amount of recognition in the industry and also been noticed internationally.

“Covid-19 has put into sharp focus how little protection there is for the workforce during times of emergency,” she adds: “The process for shaping the new deal will involve consulting our members and there will be a working group on mental health.

“Our aim is that as we come out of this crisis the entire industry  - employers and workers – recognises the need for things to change so that the burden and risk involved in making world-class content isn’t shouldered by the workforce alone.”

Phoenix rising
Founder Zeb Chadfield of The Finish Line – one of the biggest finishing houses in the UK – with clients including Viacom, Warner Bros Television, Fremantle Media and BBC Studios built his business remotely during a recession after struggling with mental health problems of his own.

In 2011, Chadfield had a nervous breakdown and as a result decided to find a way to work remotely for a better work-life balance.

He has since been doing this for years with the psychological and technical considering more pertinent today than ever before.

He tells IBC365 that mental health “is probably the most important thing we can talk about,” pointing to the statistics aforementioned and with one in ten people attempting suicide from mental health challenges “it really is something that needs focus and a lot of change in the industry to better manage it.”

His current focus is on making sure his team are supported to work effectively and balance life as best they can all things considering. As well he is looking at the technical side of the business and working with clients to streamline the intricacies of post production.

“We are social animals so being separated from our social circles isn’t great for our mental health but it is at least a good opportunity to prove that working remotely in the post production industry is possible and hopefully the benefits shine through.”

Chadfield setup The Finish Line as a distributed post production company from the beginning because production budgets were getting tight which meant deadlines were shortened.

Zeb Chadfield tells IBC365 that mental health “is probably the most important thing we can talk about,”

He explains his own battles: “I had a nervous breakdown while working in a post house in London and then suffered from extreme depression for a long time after with dips that still hit me from time to time.

“When I was recovering from the nervous breakdown I knew I wanted to continue in the industry and still loved the work but I decided I needed to deconstruct the business model and rebuild it in a way that would create a better chance for a healthier mental state but also to enable healthy a family life in the future.

“Being structured as we are allows everyone to manage their time more efficiently creating time for family and social events to take priority instead of coming second to work. Also there are large gains to be made on saving time and money commuting especially when working in London but also allowing people to work anywhere in the country which means talent can be closer to their families which also helps with childcare and generally has positive effects on mental health too.”

Chadfield, asked what can be done muses that industry standards can be implemented, unions empowered, but, ultimately says: “I can only hope that companies that do look after their people better also attract all the best staff and ultimately that will put pressure on the companies that aren’t doing their bit to up their game but who knows what can be done to deal with this long term and prevent more people going down the same route as me or worse.”

Remote working
Psychological considerations are far more nuanced, Chadfields adds: “Mental health is very different from person to person so I can look at things in the company and structure them to be better for me but those same changes could have a negative impact on others. 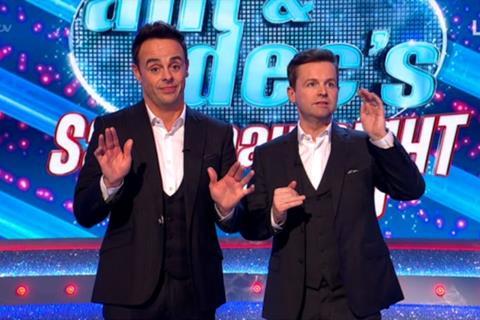 “It’s very important to have an open line of communication with everyone and I do a lot of one on one conversations with everyone to talk about how they are doing and what they are may be struggling with personally and professionally so we can better support them.”

As people around the world have shifted to working remotely, it is easy to feel disconnected and removed from colleagues, friends and family because you are physically.

However, open conversations, sharing of ideas and short messaging platforms can help to bridge this isolation. He adds: “Anything that can help create more interaction between everyone is good.”

ITV’s award-winning campaign Britain Get Talking which was launched last year, returned with Ant and Dec’s Saturday Night Takeaway - which has 9.5 million viewers. The presenter duo relaunched the mental health campaign at the end of March.

Over the last month, some 6.1 million people called or texted someone as a direct result of the campaign, according to Clare Phillips, ITV’s director of social purpose: “That’s close to 10% of the population.”

This year’s campaign is asking talent and the public to record short personal video messages of love and support on their phones to be shared on air and the ITV social channels.

Phillips explains: “We want to remind people that during these difficult times, even though we might be apart physically, we don’t have to feel alone.”

ITV has raised over £3.6 million for NHS Charities Together in the last couple of weeks, some of it on Thursday for its clap for carers movement.

If you or someone you know is struggling or experiencing mental health issues, please use the services available for support.

The 24-hour Film and TV Support Line day or night, it is completely free and confidential.