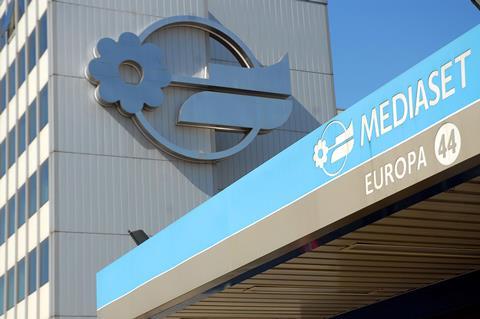 Mediaset: Considering its options over ProSiebenSat.1

Mediaset was awaiting a ProSieben strategy update next month and would decide, based on it, whether “to stay, to leave or to increase” its investment, Giordani said.

Giordani’s intervention, reported by the Financial Post, came as ProSieben chief executive Max Conze announced last week the firm would invest $500 million to buy a US dating app developer, which as a result sent its shares to the lowest reported level in a decade.

Mediaset reported a jump in 2019 operating profit on the back of cost cuts but declined to offer an outlook due to the current coronavirus epidemic that has forced the Italian government to impose a national lockdown.

Giordani told analysts during a conference call that Mediaset had structured its investment so that it could exit if it wanted to, with the investment uses a ‘collar’ option strategy that protects against share-price declines.

Giordani said: “From the financial point of view we have structured the acquisition in a way that theoretically we can also leave the investment if for any reason we decide that the consolidation would not be possible.”

Giordani reiterated Mediaset’s commitment to merging its Italian and Spanish businesses into a Dutch holding company, called MediaforEurope, that it wants to use to build alliances.

Vivendi - Mediaset’s second-largest shareholder - is currently fighting the proposal in court, saying the governance structure of the new entity would strengthen Berlusconi’s power.

Since Mediaset first disclosed its stake, ProSieben shares have declined by 40%, while US streaming giants like Netflix gain the eyeballs of younger audiences, the Munich-based company is now valued at $2.4 billion.

According to the FP, one source familiar with the matter said that the ProSieben supervisory board was considering the position of ProSieben deputy chief executive Conrad Albert, following his comments criticising his own company in a newspaper interview, saying that it was an “outstanding” business but that it had created the impression of a “boardroom soap opera.”