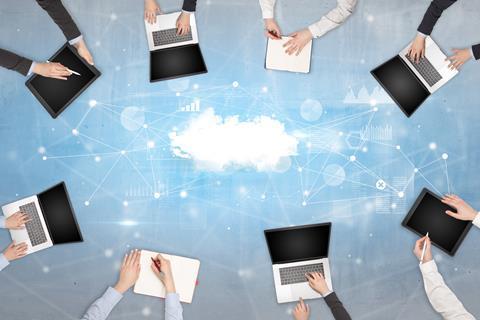 Moving to the cloud has long been touted as the next big cost saver and efficiency-maker for the industry, but many companies are still at early stages in their cloud journey.

If you’re looking for one company that can verify the wonders of the cloud to the few remaining doubters, it should be DAZN, which launched in 2016 and is now valued at a staggering $3 billion.

Storyful and LADbible would also impress anyone, and all three were used as case studies by Brie Pegum and Tom Wild of Imagen, which stripped away its stale project-based ID in 2013 to become successful as a SaaS products leader.

Pegum, VP of product at Imagen, at the recent MESA content workflow management forum. She gave the gathered audience some stats to salivate over. Video is responsible for 60% of global data. And video is set to become 82% of all internet traffic in 2021.

“What has really changed is the structure of the brands that are playing in this space. They have not historically been media houses, and have not had production suites. They are starting to act more like a media production company, and these startups are challenging the established media brands,” she said. “Established brands are having to retaliate and demonstrate the value of their history and heritage.”

In the new media landscape, viral videos go to billions of views.
“We see that independent creators are the big players. They are the ones that dominate the video that we consume. These influences are defining our tastes, and it is because they are flexible, reactive and innovative. But they lack the traditional resources and technocrats of TV,” said Pegum. “When it comes to the monetisation of content there is a lot of challenges.” 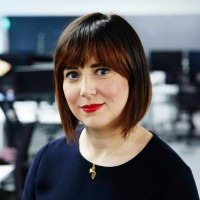 LADbible is a large social media brand founded in 2012 and now sits in the industry as a content aggregator and rights holder. It re-purposes at the distribution end. Imagen manages its storage, playout and central repository, and its virtual money format. Very high volumes go through a site that works as well with TV shows and brands.

“That platform is a business model and a whole world of content that didn’t really exist ten years ago, and it available by cloud. Storyful was founded in 2010 by a group of Irish Journalists, as the world’s first social media newswire. They were breaking news faster and utilising social media content to provide context to the reporting,” said Pegum.

“This is leveraged by the power of cloud because you can scale, have more flexibility, minimise your exposure to risk, and you have access to new media toolsets.” Brie Pegum

News Corp bought Storyful in 2013 and it became a premium social media service, sustaining the value-added spec of context. The archive boasts over 17,000 verified licensed videos, and Storyful also uses the Imagen virtual currency support, plus a new rights shopping basket. Imagen manages the DAZN platform out of its New York office.

It is all about ingesting and distributing content in a fee-based way. “New media really represents a lot of potential threats to our businesses, but also and more importantly that can be leveraged as an opportunity. It is something we can all take into our business and think about how we can better reach audiences in new ways,” said Pegum.

“This is leveraged by the power of cloud because you can scale, have more flexibility, minimise your exposure to risk, and you have access to new media toolsets. This helps to re-think the teams that are working on them,” she added.

Imagen uses automated translation services currently but they are temporary.

“The biggest driver for these organisations is to increase their footprint and broaden their audience, so we have a lot of demand to make the platform available in new languages.”

The AWS share storage model
Lee Atkinson is principal solutions architect, media and entertainment with Amazon Web Services (AWS). He advises on the practicalities of adopting the cloud, and discussions typically revolve around security, COTS initiatives, and the fact that the one constant is change. What does he identify as the big negative?

“It is the fear of change. That can be quite scary because team structures change and the way you operate, in a software-defined cloud scenario, changes the business. But we are at the stage now where cloud is the norm, so we don’t get the hype and the concern about it as much,” said Atkinson. “There are certain points, especially around reducing latency to address.”

Latency can be helped by fully managed services and by what AWS calls local zones based on its habit of parking data centres near metropolitan areas like LA.

“This was to be as close to Hollywood as possible and it allows people to work remotely with laptops and access cloud-based media applications with minimal latency,” said Atkinson.

When it comes to security AWS handles the DCI payment card industry and all of America’s health service workflows, so its adherences to specifications around safety are rock solid. 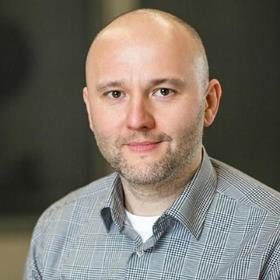 “We have thousands of people working for us focussed on security, and we call it the Shared Security Model because we secure from the ground up to a certain point of your application. As a customer, you are responsible for the application there on up. We give you the tools to secure your resources but you need to follow best practice to keep access as minimal as possible.

“Our services are cloud secure but obviously they stop you from opening up your resources if you follow bad practice,” he added.

On the subject of lift and shift, he advised: “You get some savings, but you will not get all the savings that you can if you architect your app to utilise the cloud and the scalability. You can adopt our managed services to deal with that and improve reliability.”

Scaling requirements on demand
Atkinson stated that the biggest impact change of the last 18 months has been the use of virtual machines. Big news from AWS was its support for multicast.

“People have asked for multicast in the cloud for many years, and it is very important to a lot of live event scenarios. There is a lot of movement behind improving the performance of the network stack, and we introduced a service called media connect which allows people to use our regions and our Amazon background to move live video across AWS globally,” said Atkinson.

One stark factor about latency, when delivering live events via OTT, is that it is the responsibility of a standards-driven effort to reduce the latency and not a matter of improvement to the network.

“People have asked for multicast in the cloud for many years, and it is very important to a lot of live event scenarios.” Lee Atkinson

“We have improved how well our network performs in terms of latency, and that is by building our own silicon,” said Atkinson. “Designing the silicon has helped to reduce latency and improve packet throughput performance.”

The one human issue about migrating to the cloud is what happens to the skillsets and the people who have developed them?

“I have met people who probably were concerned about their roles, but they realised that it is not a massive change. They often move higher in their responsibility because rather than looking at cables and racking they are doing something on a higher level. To help that change most people realise that the whole industry is changing,” said Atkinson. “It is better to use the natural process of moving workflows first.

“We have customers such as Discovery that are doing the playout of their channels in AWS, and that started off by Discovery moving its media workflows into AWS as first stage.,” he added.