Production and post prepare for next phase of cloud-fit technology

The immediate barriers to unfettered production in the cloud are bandwidth, the compression required to shrink bit rates, transport, discovery and security.

SMPTE is worried about registration and discovery, which have already provoked several standardisation efforts.

Driving the momentum to neuter those irritants is a massive wave of virtualisation that owes its origins to pioneers like Caroline Law, Managing Director of Cloud Edits, and its widening impact to product initiatives like the Grabyo Cloud Producer, a browser-based production system for collating and editing multiple streams for feeding to social media. Facebook immediately adopted Grabyo as a partner.

Law worked on her idea for a virtual post house for several years before, in 2014, it became viable. “The technology was not available, but now we are spoilt for upload technology,” she said.

Law’s choice is Digital Pigeon, but there is no problem with clients who use Media Shuttle, and every cloud uses a different technology any way. Law tries to affiliate to editors with strong reputations who she knows. What are her beefs? 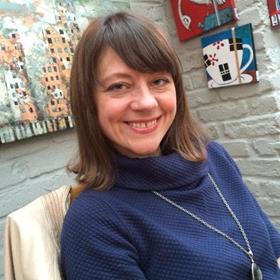 Caroline Law: ”Production companies want to work in this way but have no idea of how to do it”

“The technology needs to be concentrated on squeezing masses of data through a tiny hole,” she said. “We are relying on bandwidth and happily I can get a Gig a second. I forget how difficult it can get if you do not have that.”

The big issue was getting clients over their reservations of working in a different way. “Some executive producers and technical departments want to go for it, and some want to use editors who are reluctant to work this way,” said Law. “I suggest they do something small to see how the cloud works.”

After Adobe kicked off with its Creative Cloud and Avid followed suit, Law is spoilt for choice. “It is always the latest version so you do not have to upgrade a whole post house. For offline it is enough,” she said. “For grading we work with partners.

“I am looking to make the level of communications as authentic as possible. Production companies want to work in this way but have no idea of how to do it,” she added.

Cloud Edits has cut a lot of corporate work, in part because companies like Unilever are keen on different ways of working.

“The demand for higher production values exists across the board, and the money is there. The standards of online video will go up because everything is now consumer led. It just keeps getting better,” said Law.

He said: “Now that SMPTE ST 2110 and AMWA IS-04 are evolving towards a wide adoption, our industry needs to prepare the next phase of interoperable cloud-fit technology. This will bring the ultimate benefits of shareable infrastructure and distributed workflow promised by the JT-NM roadmap for the transition to IP production.”

Cloud in a box

Peter Brightwell has been heavily involved in the success of the AMWA Networked Media Incubator Project, and with the BBC IP Studio, which was first seen at IBC 14. “We are working on moving the studio into a virtualised environment so it can be deployed in the cloud.

On the issue of resources being shared by different end users, Brightwell said: “You may find that with multiple small content producers the economies of scale don’t come into play until they start sharing the back end with piers and rivals, so security becomes important if you are sharing a resource.

“The industry has to demonstrate that valuable content is secure from other organisations,” he added. Brightwell also pointed to available bandwidth as an issue, and confirmed that much of AMWA’s work is about moving live production to the cloud.

“We are moving towards hybrid environments with a mixture of traditional kit and facilities as well as the cloud” – Peter Brightwell, BBC

The big thing though is the test bed. “It will be a flexible platform that can allow our IP stuff to be deployed in different ways. So in some cases you may want to deploy the physical devices, and in other cases you might like the idea of a cloud in a box,” said Brightwell.

“It’s like a portable play out you can take to an event and have a plug-in – have all your capture, camera and mic feeds, in a local environment that works in the same way as if deployed in a data centre.” he added.

BBC R&D is using an open source cloud platform (Open Stack), but it is strictly a technical trial. Brightwell said: “We will see more stuff possible in the cloud. It is surprising how the network landscape is changing; even when we started this project 10 Gig network connections were quite expensive. Now they are very cheap and there are discussions about 25, 50 and 100 Gig connections.

“More and more we will see the cloud being important in terms of joining the production and distribution. It is an attractive prospect,” he added. “All the big media players have their cloud strategies, and this leaves public service broadcasters in an interesting position. On the technical side we are moving towards working in hybrid environments where you have a mixture of traditional broadcast kit, tradition production facilities as well as the cloud.”

The view from playout: a broadcast-centric cloud

Jean-Louis Lods has an interesting service company take on cloud. He said: “At DMC we have built a cloud infrastructure environment – a private cloud. We are focused very heavily on the aggregation of content for playout and on demand, essentially the preparation and publishing of that content.

“We built our cloud to mean that content doesn’t need to be moved in and out on a constant basis, which avoids any challenges about interoperability.

“What we offer in terms of asset management is a multi-tenanted MAM environment that clients can log into to interact with and make transactions against their media. When they need to do localised productions, they will externalise that to their NLE. They can make their final creative decisions within that cloud infrastructure, connecting between the MAM and the NLE in one location, and doing it all through a web browser.” 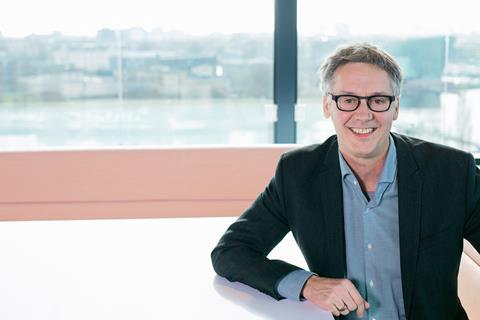 Jean-Louis Lods: ”We are in the middle of migrating channels from a classic SDI infrastructure to a pure IP environment”

This is cloud production and it does not move outside of the DMC private cloud and ramp up costs. “Having a broadcast-centric cloud environment that is truly scalable and elastic in terms of storage and the transactions that need to be handled on the media is what we believe is the differentiator in the market against the public cloud,” said Lods.

“Some 95% of our applications are fully virtualised, so the platform is already scaled for 100 channels. We are in the middle of migrating channels from a classic SDI infrastructure to a pure IP environment,” he added. “When we talk about time to market in terms of channel launches that suddenly goes from the classic 10-12 weeks to build up the infrastructure and stick it together with SDI glue, down to hours if not minutes. With the virtualisation you spin up the channels on the main, and then the back up. Time to market changes dramatically.”

This broadcast cloud is built from commodity hardware, using virtualisation with a combination of Red Hat for non-intensive CPU cycles and VM ware for virtualising CPU intensive applications like Pebble Beach Orca play out when it needs to guarantee delivery.

Lods said: “We believe we are cutting edge, and what we are doing at the moment is ahead of the game in terms of the purely IP centric environment.”