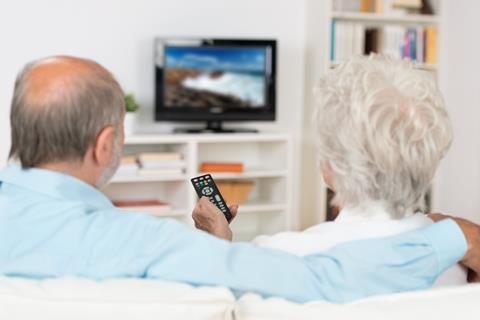 Elderly audiences: MPs have challenged the BBC to save free over-75s TV licences

A group of British MPs have challenged the BBC and the government to work together to protect free TV licences for all over-75s.

The House of Commons media select committee said the BBC’s decision to scrap free licence fees for some over-75s was an “absurd situation”.

In the UK, TV licences fund the BBC and have been free for all people over 75 since November 2000, with the cost initially met by a grant from the Department for Work and Pensions. However, during a 2015 funding settlement agreed by the BBC and the UK government, the BBC agreed to take over the funding, according to the DCMS committee.

In June 2019 the BBC announced changes to the scheme which mean that from June 2020 only a household with someone aged over 75 and who receives Pension Credit will be eligible for a free TV licence, impacting up to 3.7 million.

The broadcaster was widely criticised for the decision, including by the government, with a spokesperson saying: “We’re disappointed with the BBC’s decision not to continue free licences for the over-75s.”

He added: “We’ve been clear that we want and expect it to continue this concession. Taxpayers want to see the BBC using its substantial licence fee income in an appropriate way to ensure it delivers for UK audiences. We will respond to the select committee report in due course.”

However, the BBC hit back, saying it had to scrap the free licence fee or face a reduction in services, including the potential axing of a number of channels. According to the broadcasters estimates, it could save up to £500 million of the £3.7 billion the licence fee raised last year.

David Clementi, chairman of the BBC, said the DCMS committee had recognised there was no “automatic assumption” that the BBC would continue to bear the cost of the free TV licences.

In the report, BBC director general Tony Hall also came under fire for his handling of the 2015 negotiations. The Committee claimed Hall failed to seek formal agreement from the BBC Executive Board before recommending the agreement to the BBC Trust.

MPs also criticised the government, saying it was wrong to “bounce” the BBC into accepting the agreement. However, Conservative MP and committee chair Damian Collins accused the BBC of giving “false reassurances” over funding a benefit it “could not afford”.

“This is an invidious position for the BBC to put itself in,” he added.

Despite these comments, the report said that correspondence between the government and the BBC made it clear that the broadcaster had not pledged to bear the whole cost of the exemption, claiming it was “disingenuous” for government ministers to suggest otherwise.

The report also looked at the wider challenges facing the BBC’s financing model as the broadcaster comes under increasing pressure from the growing number of OTT services.

As younger viewers shift away from linear TV to streaming services such as Netflix, the BBC’s income could face increasing pressure. The committee cited data that shows under-34s spend twice as much time watching YouTube as they do traditional linear channels combined.

This “poses a further threat to BBC licence fee revenue in the future”, Collins said, with TV production costs and rights costs also inflating as more media and tech companies, such as Apple and Disney, enter the streaming market. This will see the BBC forced to spend an increasing portion of its budget on content.

The BBC has already taken steps aimed at competing with the OTTs. Earlier this week, the corporation announced a major overhaul of its iPlayer streaming platform which, the BBC said, will be at “the heart of everything we do”.

It has also partnered with ITV for streaming platform BritBox, which is set to launch in the UK next year, offering “best of British” content.