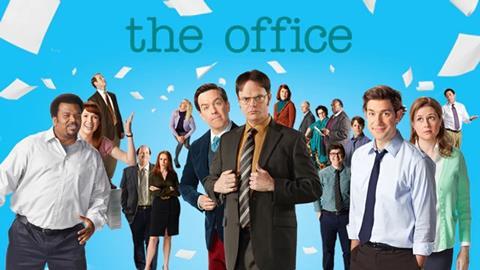 NBC: Pulling The Office from Netflix to host on own OTT platform to come

The US version of The Office will be pulled from Netflix 2021 – as NBC makes its own upcoming streaming platform the exclusive home of the popular sitcom.

All nine seasons of The Office will be made available on NBCUniversal’s soon-to-be-launched streaming service for five years, beginning in 2021.

The sitcom, which stars Steve Carrell as Michael Scott, is one of the most popular shows available on SVOD platforms.

In 2018, it was streamed for over 52 billion minutes, according to NBC, and was the most-watched Netflix show in 2018, according to analytics from Jumpshot.

Rights to the show, which premiered on NBC in 2005, were auctioned off by Universal Television, with other divisions of NBC kept at “arm’s length” to ensure a fair auction, according to reports.

The deal only affects US domestic streaming rights for now, with multiple existing international deals remaining in place.

Disney has already cancelled some of its shows on Netflix, including the Marvel series consisting of the likes of Daredevil, Jessica Jones and The Punisher, with its Disney+ streaming service just months away from launch.

If all of the studios move their content exclusively to their own streaming services, this could greatly impact Netflix’s business model, as well as that of Amazon Prime, which have traditionally relied on content licensing deals struck with the major providers.

Netflix has increasingly invested in its own original content in recent years. In a recent appearance at SeriesFest, Netflix chief content officer claimed the firm has no plans to change its strategy, despite the influx of new competition.

Netflix acknowledged that The Office would no longer be available on its service. “We’re sad that NBC has decided to take The Office back for its own streaming platform — but members can binge watch the show to their hearts’ content ad-free on Netflix until January 2021,” Netflix wrote in a tweet.

It comes as Disney has poached Matt Brodlie, a top executive in the firm’s original film division, to lead international content development for Disney+.

In his new role at Disney, Brodlie will determine what content needs to be produced or acquired for Disney+ customers outside of the United States, Disney said.