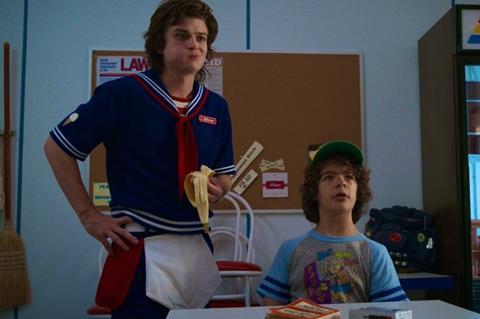 Microsoft has launched a special edition of Windows 1.0 PC app in-line with Netflix’s season three premiere of Stranger Things bringing fans back to 1985.

The latest season of Stranger Things is set in 1985, the year Microsoft launched Windows 1.0 which “kicked off the PC revolution,” according to a statement released by the technology giant.

Netflix and Microsoft have invited fans of the series to “go inside their world with these totally retro experiences,” which has been dubbed “the raddest show companion experience ever.”

The two companies launched the campaign yesterday, which has been designed to draw in current fans of the series and attract new potential viewers.

In a statement, Microsoft general manager Eli Freidman said: “The themes of curiosity, ingenuity and teamwork that are woven through Stranger Things ring true to the culture and mission of Microsoft.

“We’re excited to be able to transport fans to one of our favourite years, and to empower them to leverage technology to do extraordinary things, just like the heroes of the show.”

The terms of the partnership have not been disclosed and it remains unclear if this is a sponsored deal.

According to the Verge there are no Microsoft references or Windows PC appearances in the third season of Stranger Things. Vice reported that the Microsoft partnership “doesn’t really make a lot of sense.”

Netflix announced the third season of Stranger Things has broken the streaming service’s viewer records, with 40.7 million households watching the show within the first four days of its release and more than 18 million unique users having already finished all eight episodes.

Netflix has recently started to share its viewing figures with Bird Box topping the figures in January this year with 80 million people watching the horror film in just over four weeks.

Umbrella Academy, about a dysfunctional superhero family, was listed as having 45 million viewers within its first month which is the most for a Netflix original series in the first quarter of 2019.

Stranger Things 3 has almost achieved that figure in a tenth of the time, which is calculated by Netflix as a view when someone has watched at least 70% of the programme.

40.7 million household accounts have been watching the show since its July 4 global launch — more than any other film or series in its first four days. And 18.2 million have already finished the entire season.