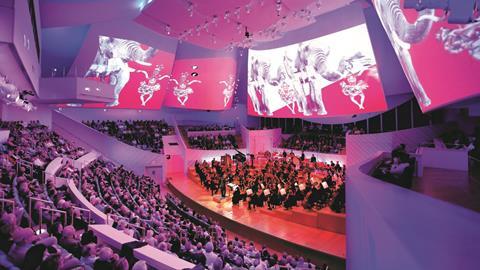 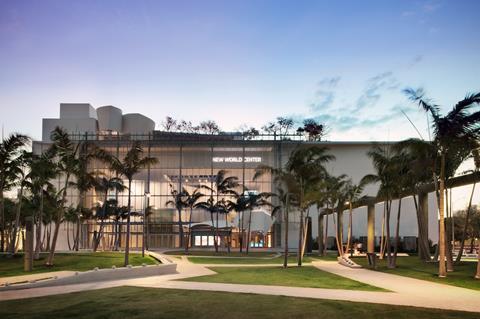 From the London Symphony Orchestra to the Berlin Philharmonic, classical music institutions have been some of the most enthusiastic adopters of new technologies capable of enhancing both in-venue and live broadcast/streaming production. Based in Miami, the New World Symphony (NWS) orchestral academy is no exception and has recently undertaken an ambitious upgrade to make it fully 4K HDR-ready.

Founded by conductor and composer Michael Tilson-Thomas in 1987, the NWS’ stated mission is “to prepare highly-gifted graduates of distinguished music programmes for leadership roles in orchestras and ensembles around the world”. Since January 2011, the operations of the NWS and its students have revolved around the New World Center, a 756-capacity concert hall designed by legendary architect Frank Gehry.

But the desire to reach the widest possible audience means that the hall itself is the only component of the academy’s performance activities. Also notable and located next to the New World Center is the half-acre SoundScape Park, which allows visitors to experience a free presentation – known as a WALLCAST – of about 12 events per year on a 650 sqm projection wall. 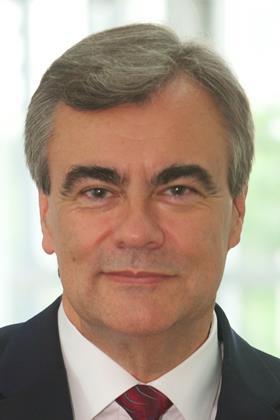 Current plans call for NWS to be fully 4K HDR-ready by summer 2020. The overhaul is consistent with an emphasis that the academy has always had on being aware of new technologies’ potential and how best to “truly integrate them into the work of the centre,” explains NWS executive vice-president and provost John Kieser.

‘Future-proofing’ with 4K HDR
Like all arts organisations, the NWS has to prioritise its technological investments with the utmost care. Working to an annual budget of $17 million – of which $9m has to be raised afresh each year – the academy is predisposed towards high-tech projects that support its goal of producing musicians who have achieved “what we call ‘digital literacy’,” says Kieser. “For example, we want them to understand what it means to perform for a camera or a microphone, or how to use various tools related to social media.” As well as strengthening their public contribution to orchestras, this underlines the fact that many contemporary classical musicians also have their own solo or small group endeavours whose profile they need to optimise.

Not surprisingly, then, 4K HDR had been on the radar of the NWS’ technical team for some time; it was more a question of “how to implement it”, than if. As of late 2019, there are two main aspects of the upgrade – within the venue itself, supporting live broadcasts and streaming, and outside in SoundScape Park. 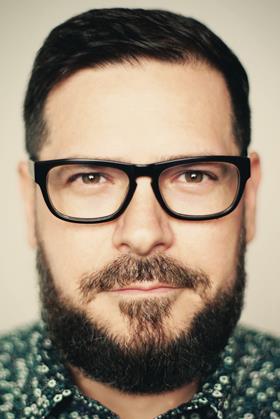 Clyde Scott has been involved with the NWS for the best part of two decades and is now director of video production. Inside the concert hall, “we demoed all the available cameras and did side-by-side tests, shooting footage under different lighting scenarios,” he says. “Ultimately, we were very impressed with the Hitachi 4K cameras, which we have deployed with Telemetrics’ robotic camera control systems” – the latter continuing an association that has been in place since the inception of the New World Center.

NWS has augmented the “core baseline” set-up of 12 Hitachis with six Panasonic 4K PTZ cameras. Behind the scenes, the video infrastructure is dominated by FOR-A technology, including a 12G-SDI router, multi-viewers and frame synchronisers. “We met with FOR-A at NAB a few years back, since when we have toured their facility and developed a great relationship with them,” says Scott.

Moving to IP was considered, and Scott believes it “would make a lot of sense if we were a really huge entity operating across multiple facilities. But I think we are the right size of organisation where adopting 12G is a logical move.”

The NWS has further future-proofed its upgrade by ensuring that “all the equipment we have is capable of producing at least two flavours of HDR. I am not sure yet which flavour we will go with, but I would hope that we are able to fully produce [in 4K HDR] next summer,” says Scott, adding that that the final big piece of the puzzle – the upgrade of the three WALLCAST projectors to support HDR – is likely to take place in 2020.

Space was an important consideration as the team plotted the transition from HD, and ultimately this was achieved with “a very small expansion of the video technology footprint, including taking up a little more space in the control booth. But in terms of equipment, we are only talking about three extra racks.”

NWS’ primary outlet for both recorded and live concerts is Medici.tv, the online classical music platform, although the academy has also recently streamed performances via Facebook Live. No content is actually being delivered in 4K at present, but all future concerts will be “captured in 4K so we are ready to do that [when the time is right]. And we are looking at other things we can do with the 4K content” – standalone Blu-ray releases being one possibility.

The academy is also continuing to develop its audio infrastructure. Immersive audio is already a reality in SoundScape Park thanks to a 167-speaker Meyer Sound Constellation system, but now the team is beginning to experiment indoors with Dolby Atmos. Kieser reveals: “We are not sure what will come of it, but it’s definitely something we are looking at, and our audio fellow is going to be hanging additional microphones [for Dolby Atmos trials] during a number of forthcoming performances.”

Reaching new audiences
Whatever the future might bring, there is no doubt that NWS’ commitment to new technology has already reaped significant rewards. Research around the WALLCAST concerts has found that audiences are more ethnically diverse (34% non-white) and younger than those for ‘traditional’ concerts. The academy’s efforts have also won a new visitor base, with 25% of WALLCAST concert audiences not attending any classical concerts in the previous year. 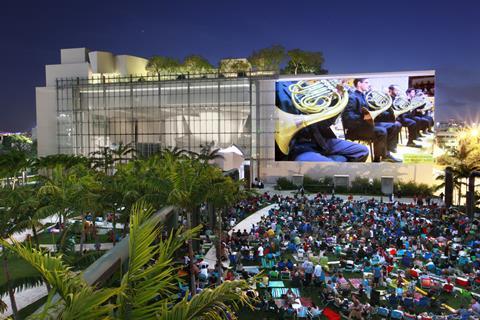 The original forecast was for an average attendance of 800 people, but most WALLCASTS now attract in the region of 2,000 visitors. Indeed, it’s been so successful that Kieser says the NWS is currently exploring the possible “expansion of SoundScape with what we call ‘Living Rooms’” – essentially side-areas for the existing park that would be served with supplementary audio systems and LED screens.

With streaming of the busy annual 35-week programme also adding to the NWS’ profile in recent years, the academy is proof positive that classical music and cutting-edge technology can be a winning combination. “It can be a challenge sometimes [to adopt new technologies], but it’s fantastic that we have the opportunity to produce so much content, and at such an amazing level,” says Scott. “Technology is a massive part of what we do here and we are constantly on the lookout for the ‘next thing’.”