In this second part of our look at gender disparity in broadcasting, IBC365 turns the spotlight on the vendors. 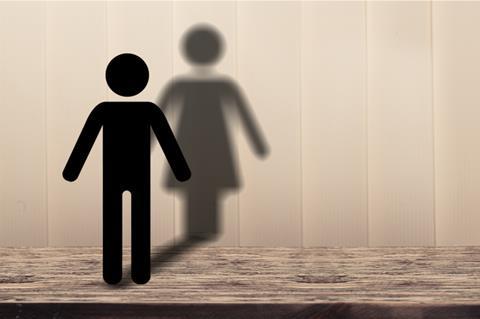 “At EVS, 55% of our employees work in the R&D department and the majority of the employees have an engineering or IT background,” says De Lathouwer. “Given the scarcity of women with a technology background, it’s a challenge to recruit women for those positions. Not enough women graduate from universities in these areas, while for support functions like HR, finance or marketing we manage to have a gender balance.”

Vizrt Head of R&D Delivery Eira Monstad says: “My experience is as a long-time employee of a software company in the broadcast sector. The gender disparity in the software industry in general is significant. All technical roles have work to do here, for sure. Probably also upper management, not just when it comes to gender, but diversity in general. In the Western hemisphere, the industry is still largely run by middle-aged, white men with very similar backgrounds. In an increasingly global world, there’s a gap between the people who are running the media industry and the people who are consuming media. I believe that more diversity would strengthen broadcast companies by providing new views and foster innovation.” 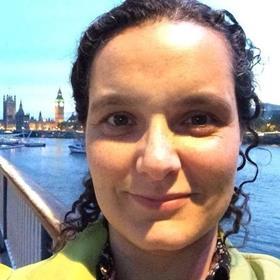 Grass Valley Key Account Manager EMEA Déborah Maria says: “The broadcast industry is a male-dominated industry. I have been working for broadcast manufacturers for 18 years and in this context, I can specifically count on one hand the number of female colleagues working in R&D, project management, delivery or system architecture.”

As to her personal experience in a broadcast software company, Monstad says: “As a woman in a male dominated environment you stand out and get noticed, which can be a career advantage. On the other hand, on multiple occasions I have had to set boundaries when men I encounter in a professional context speak or behave in a manner they would not have used towards a man in the same role. My impression is that women definitely encounter some barriers that men do not. These barriers are not insurmountable, but likely contribute to a funnel effect.”

Starting young
Muriel De Lathouwer says: “There is an educational bias that technology is not a field for girls, which doesn’t make sense. It is essential to make girls aware and attracted by new technologies and IT from an early age. This is exactly what an initiative like Coderdojo [a global foundation that De Lathouwer is promoting in Belgium] does. It organises free coding workshops for girls and boys from seven to 18 years old, showing that coding is cool, and also for girls.” 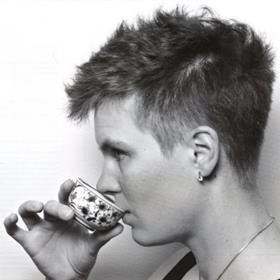 On what is putting women off of careers in broadcast and in particular, technology, it all starts at a young age, according to Monstad.

“I think there are many factors coming together. An important aspect of it starts in childhood. Gender roles are already prevalent from the early school years if not before, and there is a lot of peer pressure for young girls to not have a strong interest in science and ‘geeky stuff’. This influences how many girls choose to study technical subjects in their teens and go on to enter the IT industry. Judging from my observations of my own children and their school environments, I believe we will continue to see this pattern for a very long time to come still.”

Maria agrees that change has to start at school: “I think the work needs to start in the way we educate our children. Technology is often perceived as scary and is not well promoted to young women. As such, the number of role models or inspiring female technology leaders is limited. Depending on the geography (as each country adds its cultural spin to it), I think it is not so much a problem of equal opportunities given by the industry, but more about the number of females choosing to work in technology.”

Cosimi agrees that the way girls are brought up has much to do with fewer women in technical roles in the broadcast industry.

“It’s the way we’re raising our kids,” she says. “We tell boys to leave the nest, go out and explore, but girls we protect so much they are even scared to leave home.”

To help solve this issue, in the shorter term Monstad believes it would help if companies actively hired for diversity. “Many companies have no policies to shape their hiring practices, and those who do have policies often do not follow through. Companies could be a lot more active in seeking out trainees and searching for new employees in non-traditional places to improve their diversity, and, by extension, strengthen their innovative force.” 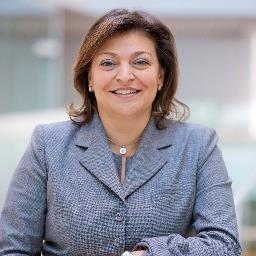 “There is a war for talent, especially for technology related positions and it is therefore a pity not to leverage ‘half of the fishing pond’, that is, women. Diversity is [also] effectively supporting performance within organisations. A survey led by McKinsey showed a correlation between diversity and company performance, revealing that those companies having more gender diversity were more than 25% more likely to outperform their national industry average in terms of economic profit. If everyone is the same, they think the same. Diversity brings new ways of thinking and seeing. It is a missed opportunity not to use this diversity to your company’s, and the community’s, advantage.”

Within businesses in general, gender diversity literally makes companies more profitable. McKinsey carried out its first study into diversity in the business world in 2015. In the original research it found that: “companies in the top quartile for gender diversity on their executive teams were 15% more likely to experience above-average profitability than companies in the fourth quartile. In our expanded 2017 data set this number rose to 21% and continued to be statistically significant” [Mckinsey, Delivering Through Diversity, 2018].

“As I started my career in large corporates with very structured career plans (Accenture and McKinsey,) and promotions based on clear performance criteria, being a woman was not an issue,” says De Lathouwer. “When it becomes more tricky is when you get to a higher level, to what is seen as male positions, because of unconscious bias.

“Most of us, in ways we are not entirely aware of, automatically associate an airline pilot with a man, grey hair with old age, athletes with young, muscled guys, leadership ability with imposing physical stature,” continues De Lathouwer. “We have a sense of what a CEO is supposed to look like; a white, tall, grey haired guy. That stereotype is so powerful that if you don’t fit it, you are not considered a logical candidate for the position. When I started as CEO at EVS, during my first IBC I was introduced to one of our customers as the new CEO. His first reaction was to ask me to book his cab, assuming I was the assistant of the CEO. Therefore, I’m proud to have EVS supporting the HBS Broadcast Academy Women in Sports initiative which aims, through mentoring and training, to support women to evolve in key positions in live sports broadcasting, traditionally considered as men’s positions, such as producer or director of live events.”

As a final piece of advice, she adds: “Don’t try to fit a stereotype. Be yourself. Everyone has their own style of leadership. Make sure people understand who you are. Be authentic.”

Cosimi agrees: “Don’t try to be a man; you don’t have to talk like them or act like them. There are many ways of being a leader. The best way is to be yourself.”

Sky Sports Germany Head of Operations Julia Boettger feels that with determination, focus and a passion for your career, you can get to where you want to be, male or female.

“I have a passion for the thing I’m doing, and I have a lot of support from the people I work with and I support them; we are all experts in our own areas,” she says. “It’s not about the things I don’t know, it’s about what I can do really well. It’s about asking good questions, so you get more knowledge and you can start learning, then continue to learn. I move ahead in my career because of my knowledge, my performance, by talent and my ideas; not because of my gender.”