Oscars nominations: Inside the cinematography category

IBC365 delves into the Best Cinematography category of the 2021 Oscar nominations. 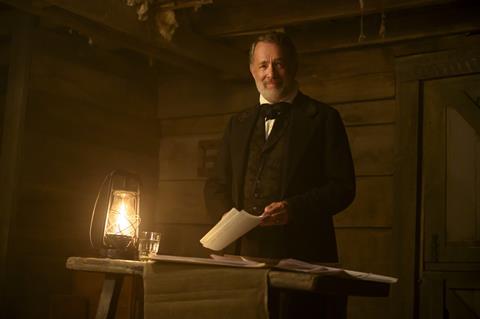 News of the World

There’s an eclectic mix of films nominated for cinematography with previously nominated DPs Dariusz Wolski and Phedon Papamichael mixing with established DP Sean Bobbitt, rising star Erik Messerschmidt and young British DP Joshua James Richards, making his third feature. Four of the five selected films were shot on Arri with one (Mank) shot on Red. None of these contenders has won Oscar before.

Click on the ‘Read more’ links for the full articles on each film.

News of the World

The proxy relationship between Tom Hanks’ war veteran and an orphaned girl is the heart of Paul Greengrass’ western. It’s an engrossing horseback ride that asks for a delicate touch and one that you might not immediately associate with the cinematographer of blockbusters Crimson Tide, Alien: Covenant, or Pirates of the Caribbean.

The director’s debut collaboration with Dariusz Wolski ASC is inspired. “We needed to find the balance between being stylish and true to the [1870s] period yet contemporary,” says Wolski who shot handheld and occasional Steadicam using Alexa Mini LFs and Angénieux zooms.

To evoke the hardship of life lived in the saddle the film is shot using mostly natural light. Interiors and exteriors of homesteads and the dark and dirty but bustling outpost towns are often lit with hurricane gas lamps.

One startling shot silhouettes a church against a darkening and pink sunset. “We were all set for a night shoot and had a big artificial moon light,” Wolski recalls. “As we were getting ready, I thought the cloud looked so beautiful it would be foolish not to turn the camera on. My motto is first roll and then think how you are going to use it.”

He says he is proud of the film’s depiction of Native Americans. “The first time you can barely see them and the next is like this exodus in the background. Nobody is trying to speak for them with some accent or broken English. If there was a movie just about them it would be a different story.” 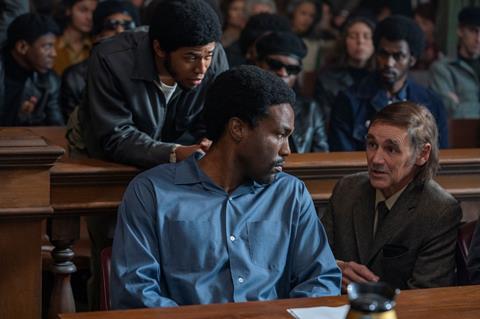 The Trial of the Chicago 7

The Trial of the Chicago 7

With writer-director Aaron Sorkin’s focus on the minutia of dialogue it fell to DP Phedon Papamichael ASC to deliver much of the necessary coverage to editor Alan Baumgarten ACE.

“Not just jumping forward or back in time but constantly criss-crossing these timelines.”

The actual trial of the Chicago 7 took place over six months in 1969 and involved 200 witnesses. In telling what is essentially a legal drama, the trick was to find ways of making the story cinematic.

“With Aaron it’s all about the word and the structure of this overlapping puzzle that he sees in his head,” says Papamichael who shot with an ARRI Alexa LF and Mini LF. “But I know we need reactions of the jury and of the prosecutor to build the scene. He doesn’t even look at the screen of the monitor on set. He literally closes his eyes and just listens to it. You have to find a way to shoot so it’s not just two hours of talking heads in a courtroom.”

The large ensemble cast assembled for Chicago 7 also proved a handful. “I ended up in charge of blocking the movie and assigning who gets what shots because Aaron didn’t really want to talk to them about that. So, it’s like ‘don’t I get a close up?’ and ‘isn’t this scene about me?’ – and I was very much caught in the middle. Which is fun… I love working with actors, but there’s lots of strong individual personalities on this one.” 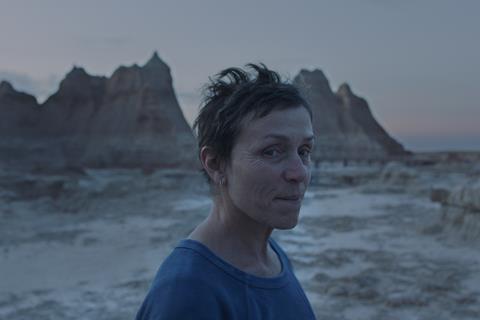 Director Chloé Zhao and cinematographer Joshua James Richards’ intimate story of self-discovery has won plaudits for its naturalistic and ego-free approach. Their film about a group of drifters on the margins of American society blends actors Frances McDormand and David Straitharn among real life nomads transiting between RV camps and low-paid jobs in the mid-west.

It’s an improvisational style honed over two previous feature collaborations Songs My Brother Taught Me and The Rider which were both filmed with a cast of non-actors and a limited budget.

“The nomads need to know me and they need to feel safe,” Richards told IBC.

“I’m not going to be up there on a hill with a telephoto lens. We’re trying to tell this story from the inside out, very much grounded in Fern’s [McDormand] point of view.”

He shot handheld on Alexa Mini using portrait photographers like William Eggleston as tonal reference, always in available light and typically at the end of the day to catch magic hour.

Little visual details inform us about the characters as much as anything they do or say. “Early on we show how Fern decorates her van,” says Zhao. “What she chooses to bring with her says so much about who she is because space is so limited. It’s the art of editing down.”

The film doesn’t overtly politicise the nomad’s situation. Rather, it shows them making a positive life choice to regain a sense of freedom and community.

Zhao says, “It’s a conscious decision to stay somewhat neutral because I rather would have one person who disagrees with my politics watch my film and maybe just change how they feel a little bit than a whole room full of people who already agree giving me a standing ovation,”

Richards grew up in Cornwall and met Zhao at NYC Film Academy. “She was the kind of person I hoped to meet … from a different part of the world, who was making a film in the heartlands of America. I was a long way from Penzance.” 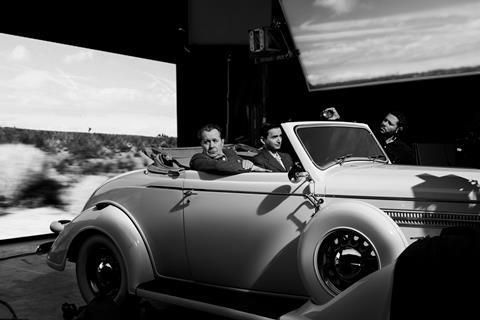 It’s odd to think that Mank is Erik Messerschmidt’s first feature, so fastidious is the design for David Fincher’s homage to Hollywood’s heyday. He’d worked with Fincher before, gaining ASC recognition after filming series 2 of Mindhunter, a show from which he transferred to Mank a similar 8K HDR workflow.

The most obvious creative choice was to shoot black and white using the Red Helium camera. The greater light sensitivity of the monochrome sensor was helpful in meeting the intent to shoot large parts of the movie in keeping with the techniques cinematography legend Gregg Toland helped pioneer for Citizen Kane.

“My biggest fear was that I’d get drawn in by the desire to be dramatic and aggressive with light,” Messerschmidt reveals. “If a scene had some venetian blinds it was so tempting to put a light behind them. In Mank, we are emulating and paying respect to the cinema of the 1930s and ‘40s but we don’t want it to become a pastiche.”

Less obvious are the digital simulations of ‘gate weave’, a wobble caused when negative passed through the sprockets of a projector. This was a subtle nod to the dissolves and title cards of the period.

He also added flare enhancement and distortion around certain highlights which where a natural artefact of circular halation lenses.

“That was something David really wanted to bring out. So, we worked out a way of keying the blacks to a certain level and added a bit of blur. We’re kind of art directing each frame.”

Messerschmidt gave himself a further challenge by shooting day for night for a scene set at Heart’s mansion and featuring Mank and Hearst’s girlfriend Marion Davis and occasional backgrounds of Heart’s zoo.

“We spent a lot of time in prep figuring out where the actors would be in relation to the sun. I remember waking up those mornings praying there would be sun. The scene wouldn’t work if it were overcast, but we were really fortunate mother nature cooperated.” 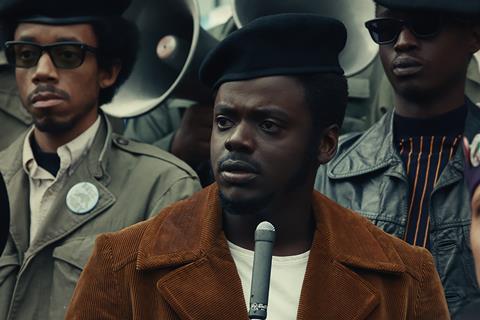 The events leading up to Black ‘Messiah’ Fred Hampton’s assassination are harnessed to the story of William O’Neal, a petty criminal, FBI informant and ‘Judas’, in this powerful biopic lensed by Sean Bobbitt BSC.

He used the wide screen format of the Arri Alexa LF to frame strong group compositions and also to isolate characters at different times.

“With wide frame you can get fantastic compositions to comfortably fit seven or eight people in the frame,” he says. “The other advantage is that you get a great sense of scale and at the same time the ability to create remarkable intimacy.”

The most technically challenging sequence was the climactic police raid. “An overhead shot on a motion control arm goes from room to room to room,” he explains.

“To get something like that is expensive so a lot of time and effort went into designing the sequence so that we made the most of the time on set. Since this was also the culmination of the film it needed to have more power to it and horror as well.”

The Texan has a strong British heritage (he went to school here and was based in London for a decade in the eighties as freelance war cameraman. He lives in a house boat near Bristol when in the country). Remarkably this is his first Oscar nomination despite acclaimed work for Steve McQueen notably on 12 Years A Slave.