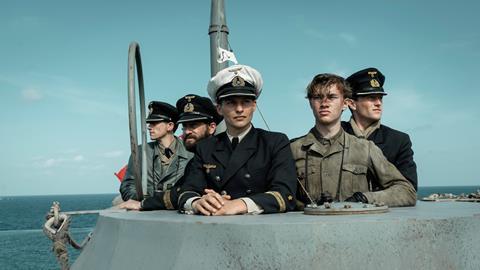 Sporting achievements and competitive sport in general is not only almost universally popular, but also attracts the cutting edge of technology - not least 8K exponents. 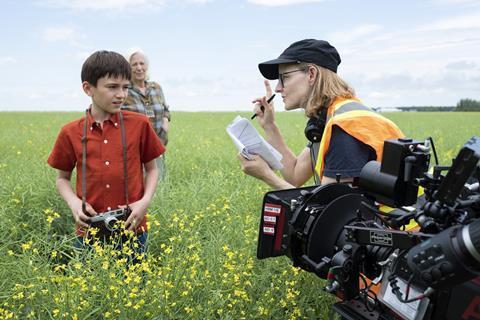 In April 2022 BT Sport delivered a live 8K broadcast, a Premiership Rugby match between Saracens v Bristol Bears, which not only tested the technicalities of transmitting 8K in the real world, but also integrated live match coverage.

More widely, sport has been a key sector pioneering 8K video production, with the Olympics being a notable trailblazer. Tokyo 2020 set a new benchmark for an Olympic broadcast in being a full UHD HDR production, and the Beijing Winter Olympics 2022 are set to surpass this.

The Winter Olympics is set to feature a UHD HDR production and immersive 5.1.4 audio; live virtual reality; 70+ hours of 8K and an experimental virtualised OB van as part of a record 6,000+ hours of content produced for the event.

Host broadcaster OBS claims this to be a ‘full native UHD’ set up but admits that – as in Tokyo – it will also rely on several specialty cameras “that at this time can only operate in HD 1080p SDR.”

China Media Group (CMG) and NHK (rights holders for China and Japan, respectively) will collaborate to produce 8K coverage from select venues as well as from the Bird’s Nest Stadium.

NHK is producing the figure skating events; CMG takes charge of the Ceremonies, freestyle skiing/ snowboard big air and speed skating in 8K. A feature of the Main Media Centre (MMC) is a 15 x 8 metre 7,680 x 4,320 pixel display for showing off the results.

“Early Olympics trials of 8K were simplistic,” OB CTO Sotiris Salamouris told IBC365, “in that we were only using a few cameras, and only one type of production unit. Now the whole 8K production has really matured and the technology around it is moving quickly so that it will eventually become an option for more and more broadcasters.”

Indeed, a collaboration between Sky TV in Germany and Samsung will see the third season of WW2 U-boat drama Das Boot be streamed entirely in 8K and Dolby Atmos, a move that makes Sky the first major streaming service to make the jump to streaming in 8K rather than 4K - the standard UHD format to date. The catch in this case being that only Samsung 8K TV owners in Germany will be able to take advantage of the super high resolution content.

The fact is that 8K has long been gaining ground as an acquisition format for high-end TV series and films. Season 2 of Amazon Prime’s psychological drama Homecoming and season 4 of Netflix runaway hit Money Heist were shot at 8K and 7K respectively for a variety of creative reasons. Mank, a feature biopic of the co-writer of iconic film Citizen Kane from director David Fincher is also shot in 8K and in black and white.

8K cameras are rapidly evolving too, from the early-adopter favourites, RED cameras or the Panavised version Millennium DXL, to the Sony UHC-8300 and  the Canon EOS R5. The latter’s ‘prosumer’ credentials were arguably game changing when it hit the market in late 2020, offrering a mirrorless full-frame sensor camera able to record 8K Raw at up to 30fps (in 4:2:2 10-bit C-Log and HDR PQ) and 4K at 120fps (ditto) to onboard CFexpress and SD cards. It can also output 4K at up to 60fps via HDMI.

Nikon has been pushing it’s new flagship, the Z9, recently publishing a video (embedded below), entirely shot on the platform, using the platform’s  8K N-RAW codec and pairing the pairing the Z9 with an FPV drone.

Indeed, a mark of things to come is evident with Samsung’s latest sensor launch, the ISOCELL HP3, which can record 8K resolution video at up to 30 frames per second and 4K video at up to 120 frames per second. The HP3 may not be shipping yet, with mass production to begin later in 2022, but the reality is that soon flagship smartphones will have this sensor. The Xiaomi 12 is the world’s first smartphone capable of 8K HDR video capture, which was used to shoot the video below, published by Qualcomm to demonstrate the Snapdragon 8 Gen 1 mobile platform.

A key challenge in the 4K vs 8K battle is right there in your living room - the fact that very few consumers have purchased 8K-capable TVs to date. This is arguably a chicken-and-egg content availability result, but there are indications that 8K displays are beginning to seep into consumer homes.

While global tech research company Omdia recently reported that 8K TVs only made up 0.15% of 2021’s total TV shipments, it also found that in the fourth quarter of 2021 95,500 8K TVs were shipped globally, up from 81,900 in the previous quarter - a slow trickle.

As recently covered in an IBC webinar, handling UHD and HDR, the challenges of dealing with UHD and HDR can result in a complete renovation of existing post workflows, and as most streaming services now stipulate UHD and HDR deliverables the widespread support for 4K and often 6K is a given. However, the move to 8K is less certain, although productions need the flexibility to work with and combine content spanning a range of resolutions as well as both HDR and SDR ranging from HD SDR to 8K HDR, and everything in between.

“There’s a misconception that 8K is vastly more expensive than it actually is,” says AJA director of product marketing, Bryce Button. “Generally, moving to 8K is an incremental cost, especially if you’re already working in 4K or have worked in stereo 3D. The biggest expense often comes with storage and moving large volumes of data, but the strides made by the industry to support 4K and S3D have provided a strong foundation to support the data needs that 8K workflows require.”

AJA offers I/O solutions like the KONA 5 to facilitate downconversion and monitoring of 8K content on 4K displays, whether for editing or other tasks.

Cinegy’s embrace of 8K goes back to IBC 2015 when it introduced the Daniel2 codec, capable of decoding 16K video at 280fps using a now obsolete Nvidia Quadro M6000.