Public service broadcasters are at the forefront of gender equality in the workplace and are leading the industry with strong role models for women in media, according to a new report by the European Broadcasting Union.

Public service media (PSM) organisations have a pivotal responsibility to accurately reflect the experiences of their audiences with gender equality a top priority.

According to the EBU’s a new report All Things Being Equal, it found PSM organisations have consequently adopted cultural changes and benefits for equal representation including increased innovation, creativity and productivity through the establishment of diverse teams.

The report outlines the strategies that underpin a gender-equal media organisation with workplace data and staff feedback forming the diagnosis of issues.

The EBU said: “Engaging men in the conversation alongside women and securing their equal participation is vital to success.

“It is clear from the results of the work already taking place at EBU members’ organisations that there are significant cultural benefits to be gained for everyone in the workforce.”

The report was commissioned by the EBU’s executive board, under the leadership of BBC director general Tony Hall.

He said: “Gender equality is a big priority for us – individually and collectively.

“We exist to reflect and represent the communities we serve. It is a vital part of our creative mission to explore a diversity of voices, perspectives and stories – on screen and on air, but also within our teams and our boardrooms.”

Drawing on case studies from throughout Europe, the report provides practical guidelines based on members’ own experience in areas such as:

As well, the report provides the opportunity for media organisations to learn from each other and identifies actionable tips that others can take to drive change.

The study highlighted that EBU members employ over 110,000 women between them, representing 45% of the total PSM workforce and 5% more than the rest of the EU audio-visual sector. 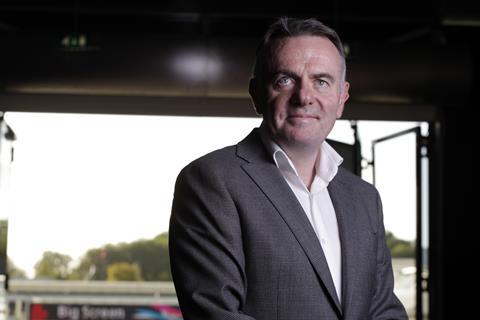 EBU director general Noel Curran said: “As a Union we exist to learn and grow together. If we can harness just some of the energy and creativity in this report, I believe we will soon close the gender gap and ensure our workforce is truly as diverse at the society it serves.”

The report was compiled but the EBU’s Gender Equality Steering Group comprising of 11 EBU members.

The Group was chaired by first deputy director of Georgia Public Broadcasting Tinatin Berdzenishvili. She said: “As the public broadcaster, we should never forget history and the power we have to shape society.

“I hope this report will inspire others to pursue gender equality, dismantle the stereotypes affecting women and fully unleash the potential in their organisations by building cultures that are inclusive and embrace new and fresh perspectives.”