IBC2018: The video industry will have to learn to juggle between AV1, H.264, HEVC and VP9 and future codecs like VVC. That’s the lesson from IBC where warring factions in the codec wars came to trade blows without landing a palpable hit. 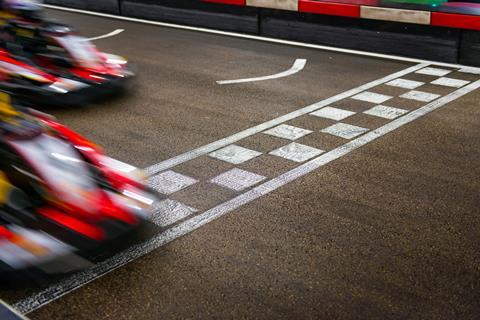 A survey into codec use released on the eve of the show by developer Bitmovin showed a dramatic surge in the number of users planning to adopt AV1 in the next 12 months. Some 29% of those surveyed say they will work with AV1, double the planned usage rate since 2017.

At the same time, planned deployment of HEVC and VP9 are shown to have decreased, reflecting a trend toward using a wider array of next generation codecs in the future.

Huge impetus was given to the codec by YouTube’s declaration during IBC that it is beta testing AV1 with Chrome 70 and Firefox Nightly.

The conundrum is that AV1 isn’t remarkably better in performance than HEVC, nor are there yet many encoder products to deploy.

Some comparisons of AV1 versus HEVC show subjectively that one is better than the other but other examples, looking at edge definition for example, show HEVC outperforming AV1. The results of a BBC R&D study released at IBC showed the compression capabilities of both are similar.

“It’s a close call between them,” said Ateme consultant Ian Trow. “I won’t pretend to be the judge.”

Most experts seem to agree that AV1 is an improvement over HEVC but on a far more modest scale than the leaps made between predecessor standards.

So how to explain AV1’s sudden rise? AV1 was only launched in March of 2018, as the royalty free codec from the Alliance for Open Media (AOMedia) and endorsed by all major device manufacturers, browser vendors, and content distributors including Netflix. Driven by engineering teams at browser makers and content distributors like Google, Mozilla, Microsoft, Facebook and others, Bitmovin suggest AV1 is clearly gaining momentum.

“Already Firefox, Chrome and Edge Web browsers support AV1 in their early release versions, which suggests commercial applications are just around the corner,” it says. “This explains the importance of AV1 for a lot of developers.”

Video streamers are used to royalty free licencing and it’s thought likely that AV1 will take over from H.264 AVC in this area. A royalty-free license could translate into tangible operating-cost savings for YouTube and other video streaming services.

File based downloads will likely be the first wave of AV1 application. “There is significant momentum on that,” said McCann. “I have no doubt that live low latency OTT is key for AV1 but it will be its second phase of development.”

AV1 adoption also benefits from the licencing mess which the HEVC patent holders have got themselves into.

“Let’s not delude ourselves, the rights and royalty maze of HEVC has added to AV1’s acceleration,” said Trow.

Ken McCann, founder at consultants Zetacast said that in informal discussions among HEVC patent holders “there was now consensus that there is a problem. But there’s no consensus about the solution.”

“As for complexity, decoding times of HEVC are significantly lower than for other tested solutions, while the encoding complexity of AV1 is much higher than the other tested codecs,” he explained.

“Royalties are nothing alongside transcoding costs in this instance,” noted one IBC attendee who preferred to remain anonymous.

As practical AV1 implementations get more and more mature, it is expected that faster implementations can reach realistic encoding times, “ideally without significantly compromising the compression performance provided by this specification,” added Dias.

BBC R&D is hedging its bets. It is a member of the HEVC development team and has refined its own software implementation called the Turing Codec, optimised for UHD. BBC R&D also supports AOMedia and is fully onboard with VVC, the next-gen codec being developed by a combined MPEG/ITU team called JVET.

The VVC standard is expected to complement emerging delivery protocols and networks, such as 5G, enabling the delivery of higher quality video services such as high frame rate and 360-video.

“The work being carried out in JVET [on VVC] seems to outperform both HEVC and AV1, proving that higher compression efficiency can be achieved and that the VVC standard will be able to deliver substantial coding advantages over available solutions,” reported Dias.

None of this should detract from the current domination of video codec usage by incumbent H.264/AVC. However, H.265/ HEVC has expanded rapidly, up from less than a third (28%) of usage in 2017. According to Bitmovin this indicates developers are working with both codecs simultaneously.

Developments in content aware encoding can be applied over the top of either HEVC or AV1 to further refine compression performance.

Technologies like V-Nova’s Perseus can also be used alongside other codecs including HEVC to improve results. At IBC, V-Nova was demonstrating both its Perseus Pro codec, which uses intra-only compression (i.e. exploiting spatial redundancy within individual video frames) and its Perseus Plus variant, which uses inter-frame compression (also exploiting temporal redundancy between video frames).

The latter is used for lossless contribution, production and imaging workflows; while the former adds layers of detail and upscaling on top of industry-standard codecs like H.264 and HEVC to increase distribution efficiency to viewers.

One demo showed live encoding and distribution for 50fps 4K at as little as 8 Mbps “Up to 70% lower bandwidth than other solutions in use today,” claimed the firm.

“At this this stage there is no truly independent comparison of Perseus with others,” said Zetacast’s McCann. “We need someone to put resources into comparison analysis.”

Cisco’s Visual Networking Index reveals by 2021 that 82 percent of all traffic on the Internet will be video. As a result, video distributors must implement methods to reduce the bitrate of the video they deliver without compromising quality.

The desire to improve the commercial situation for future compression standards like VVC, by reassuring potential users that the mistakes of HEVC will not be repeated, led several industry players to get together and form the Media Coding Industry Forum (MC-IF).

Launched at IBC, the MC-IF said it would facilitate cross-industry discussion on non-technical aspects surrounding the deployment of media standards, notably including licensing.