IBC2018: UHD screens will be in every third home in the US and every sixth home in Europe by the end of this year, says satellite operator

Satellite operator SES says that there are now more than 100 channels broadcasting in UHD via satellite, and that it expects UHD screens to be in every third home in the US and every sixth home in Europe by the end of this year. 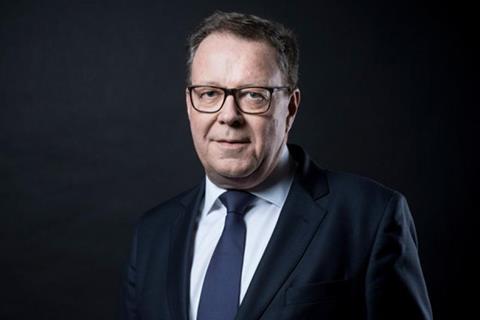 “Not a problem”: Ferdinand Kayser

SES Video CEO Ferdinand Kayser, speaking at an IBC press briefing, said globally there are now more than 70 million UHD capable set top boxes installed in TV homes, 53 million of them in Asia, in particular in China. “In Europe and North America, there are now more than 15 million homes able to watch UHD, and close to eight million homes use satellite to receive UHD programming.”

SES is the operator carrying most HD channels (2,700) and UHD (50) channels around the world.

Kayser stressed that recent experiences of streaming live sport via OTT had shown up problems, both with service outages and considerable signal latency, and “not a problem with satellite delivery”.

He also addressed service expansion for SES, with the number of TV homes growing and digital switchover still to happen in many markets. “We expect 262 million new homes by 2023, and, on top, 300 million analogue homes around the world are still left to be digitised. In the Asia-Pacific region there are 170 million new homes still left to get service, and 188 million analogue homes left to be switched over.”

At the same press briefing, CEO Steve Collar also announced that SES would shortly start ordering a new trio of satellites to a single unified design, saving cash in terms of manufacturing and that it would be possible to launch the three on a single rocket, with further savings.

SES also confirmed that home shopping network QVC had extended its existing DTH transmission contracts, and that Channel 4 had signed a “multi-year” agreement with SES. Further afield, Kiwisat is supplying 60 additional channels over the Caribbean on the SES-10 satellite.