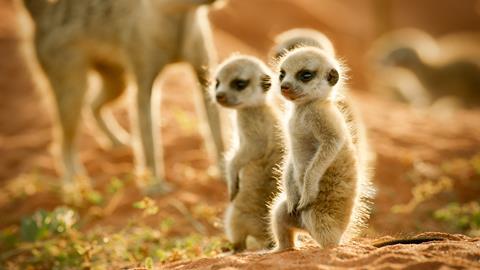 Broadcaster Sky has announced it will launch two new factual channels on 27 May alongside Sky History - a co-branded venture between Sky and A+E Networks.

The two new channels, Sky Documentaries and Sky Nature, will include extensive on-demand libraries and offer hundreds of hours of factual programming, providing a mix of premium, original commissions and acquired content.

The channels will be available to Sky customers at no extra charge through linear and on demand. They will also launch on Now TV, available as part of the Now TV Entertainment Pass.

One of Europe’s leading media and entertainment company, Sky boasts some 24 million customers across seven countries.

It announced the two new factual channels following on from the success of its original series Chernobyl and plans to double its investment in original content by 2024.

In a statement Sky said: “We’re also developing a new TV and movie studio, Sky Studios Elstree, which is expected to lead to the creation of over 2,000 new jobs and generate an additional £3 billion of production investment in UK creative sector in the first five years alone.”

Sky Documentaries will be the home of real-life stories from award-winning film makers, with HBO, Showtime and Hulu exclusives, as well as new Sky original documentaries.

“With a mix of feature length documentaries and series that will challenge, provoke and entertain, the channel will house 100 on demand titles. The channel will cover a wide range of topics from sport, to politics, to real-life controversies,” Sky confirmed.

Sky Nature will be home to natural history programming, dedicated to exploring the beauty and wonder of the natural world and aim to inspire audiences to do more to look after it.

The channel will feature landmark Sky original series Wild Animal Babies which follows Patrick Aryee and a cast of baby animal characters as they face their first days, weeks and months on planet earth.

Sky said: “Our technology allows customers to watch what they want, when they want, how they want, and as we connect millions of families to content they love, we believe it is our responsibility to do it safely.”

Sky has also committed to being Europe’s first net zero carbon entertainment company by 2030 – two decades before it has to do so – and is also an inclusive employer recognised by The Times and Stonewall for its commitment to diversity.